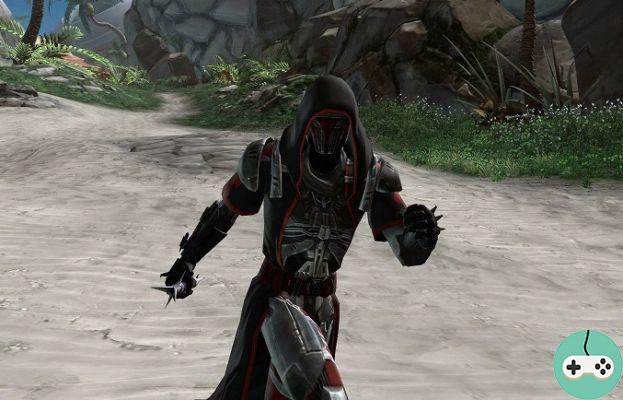 I am Korrack, Tank Ravager of the Sith Happens Guild on Mantle of the Force and, through this guide, I share my experience of the discipline Immortality in 3.2.1.

I would like to point out that this guide is intended for all types of player, from the simple beginner to the most advanced. 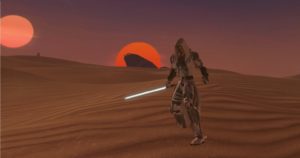 The Ravager is equipped with heavy armor, a lightsaber and a shield, he fights in Soresu Form. He must learn to manage his 12 rage units to be effective.

Unlike his fellow Specialist and Assassin, he has no grappling hook or stealth. However, it has many powers of control.

Each tank (Assassin, Ravager or Specialist) has a protection bubble, which it can place on the DPS (or healer) having a high threat.

There is so much to know ... I'm going to talk about useful tank vocabulary and some other words widely used in operations. 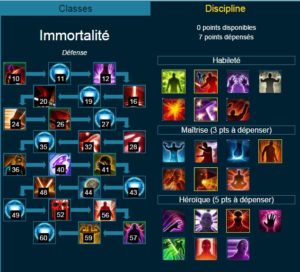 The use points are common to the three Ravager disciplines. We will therefore put aside the PvP Uses and those for the DPS disciplines, and take the Uses to increase animosity, survival, etc.

The mechanisms of tanking

To be a good Tank, you have to know your rotations, have good equipment but above all know how the threat works!

Animosity or threat, it is a hidden in-game table-based statistic called the "Threat Table". It increases the likelihood that an enemy will attack you. It is a numerical quantity.

The threat table, it indicates who is in combat and ranks the characters according to their current threat level, placing the one with the most threat at the top of the table. The enemies attack the player with the highest threat on this table.

Taunt, or taunt, works as a threat multiplier. It multiplies your threat compared to the first on the threat table, the multiplication is 110% if you are less than 3 meters and 130% beyond 3 meters. You can therefore increase your threat by 20% depending on your placement.

Here is a comparison graph between two tanks over a 2 minute fight. Both generate 1 threat per second but the one in green uses its taunt every 000 seconds: 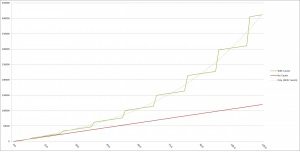 As we can see, the Tank that uses its taunt has multiplied its threat by 3,5 compared to the other Tank. Attention, in certain strategies, the Tanks must keep provocations for certain situations, this is an example!

The Ravager has defensive buffs. They increase its absorption, defense or even its damage reduction.

You will understand, these buffs are to be put as soon as possible.

Only three powers of the Ravager initiate a debuff:

Crushing blow - "Penalty": The damage inflicted by Force and Tech attacks is reduced.

I know that all my dear fellow Ravagers are not going to agree with me but, the cycle below seems to me the most opti for taking and keeping aggro.

For the intermediate cycle, a few rules must be applied:

* these figures are based on an average of several fights

With this cycle, you should have no trouble picking up and keeping aggro (sometimes even picking up from the second tank).

To protect ourselves well, we have our equipment but also our defensive powers (generally called CD - Cooldown). To do this, you need to know their effects:

With all this you are immortal ... or almost. Of course when I say "you have to know how to use them in such and such an attack", doing it is quite hard and it takes time to learn and coordinate our gameplay. 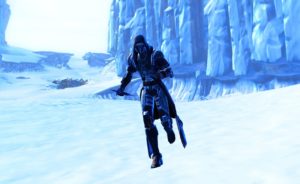 There are 2 types of damage: Internal / Elemental and Energetic / Kinetic. 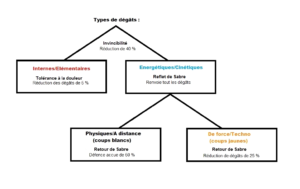 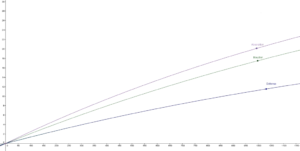 Why defense last? Because the Defense, without improvements, arrives at 20 - 21%. If we add the buff Blade barricades, the defense increases to 25 - 26% which is quite acceptable.

Plus defense = absorption. Let me explain our 21-25% Defense is used to parry / dodge an attack. Our shield, meanwhile, has a 54% chance to pick up our absorption which absorbs 51% of damage.

If you are still not convinced: in our discipline, defense acquires a bonus of 5% in combat added to the base bonus of the Ravager which is 8% (therefore 13% of minimum Defense).

However, absorption has no base bonus and a 3% bonus in the disciplines. This reasoning led me to take the above order of priority.

I did tests with different proportions of improvements until I found a balance of the three statistics.

Below are the stats I'm targeting with equipment 198 "Revanite military leader" with improvement q. Statistics without stim. However the modification present on the belt (90 Defense) has been changed to 90 absorption.

Without improvements, and Type X implant

With Improvement 186, and Implant type X

With these caps in combat (buff activated, rotation respected, stim etc.) you should reach around 27% Defense 54% Shield 54% Absorption.

Absorption should not be greater than Shield, this is only useful if Shield is engaged. A difference of 5% is tolerated.

The equipment entitled "Rempart Type 1" is the equipment without set bonus, purchasable with the distinctions it does not include any optimized parts. The "Bulwark Type 2" equipment can be obtained in Litigation Zones or Operations. This equipment has no optimized parts apart from sophistication.

Equipment with bonus from the "Military Leader" set can only be obtained in Normal or Hard Operation 60 as a token to be exchanged on the fleet. Don't miss it! It has optimized coins and a 6 coin bonus!

The set bonus is essential, the 2 piece is very interesting, the 4 piece allows us to have a peak of threat generation during our intro cycle, as for the 6 pieces practical to absorb large amounts of damage.

For loot in operations, I refer you to the Geofraynils guide https://gamesmanagers.com/98085-swtor-3-0-les-butins-doperations/ 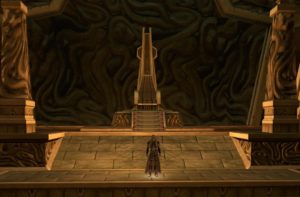 The Ravager Tank has, like its fellow Assassin and Specialist, its own style of play. It is characterized by its ability to keep aggro after pulling, however for the multi-target it is less good than its fellow Specialist.

Thank you for reading this block, I hope I have taught you something. I want to thank my guild for 3 years of in-game support and Rònin for the Ravager basics. I also thank Nekheb and Myrinia for teaching me a lot of things about the game, I wouldn't be where I am without having met them.

I am at your disposal for any questions or intelligent and thoughtful comments in comments. 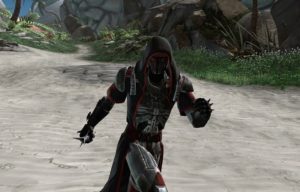 Do you want to be up to date and know all the tricks for your video games? In gamesmanagers.com we enjoy playing as much as you do and for that reason we offer you the best tricks, secrets or tips for you to play non-stop. We offer you quality content and always updated to keep you up to date. That's why, in our website, you will find not only videogame guides but also tricks, secrets and thousands of tips so you can play to the limit. Are you ready to get it? Enter now and enjoy your videogame!
SimCity - Tool 7.0: Leveling ❯