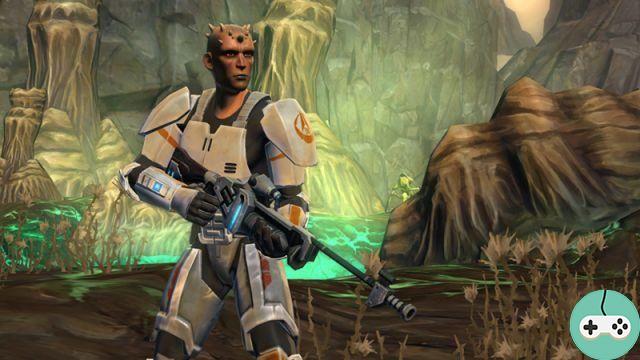 Zabrak are one of the most common species in the galaxy. We find them born on many planets of the Republic, and even outside its borders. The Glythe sector on the Middle Rim, however, is not far from the Core (and even in the Core grouping on the galactic map of TOR, in the vicinity of Ord Mantell). But it is not very difficult, starting from Iridonia, to reach the great galactic routes. And from there ... The zabraks are renowned as a race of pioneers, who had already colonized several worlds outside their solar system before meeting the duros and the Republic. Which took them to the next step in their technological evolution. 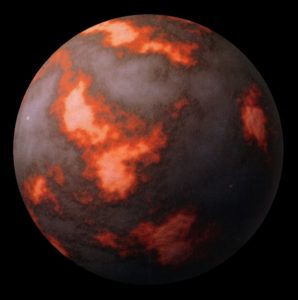 Storms blowing at over 200 km / h, acid seas spewing toxic fumes, Iridonia is not a popular destination for tourists. But large areas such as canyons or forests in the more temperate regions are sufficiently protected for breeding to take place and ensure the survival of the native species. From these difficult conditions, the zabraks developed renowned warrior skills. Especially with their zhabokas, sabers with double blades. They are also illustrated by an extraordinary ability to adapt. For them, nothing seems impossible and it is very rare to meet a pessimistic zabrak. And although they are aware of these advantages, most do not derive a sense of superiority that would make their company unpleasant. 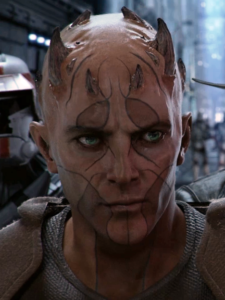 Despite the fame of its warriors, Iridonia did not make a name for itself by participating in great battles. At least not before three centuries ago, when they followed each other for several decades. There was first the Great War of the Sith, where a Republican victory allowed to re-motivate the troops before the counterattack and to continue on a series. Then the Mandalorian Wars, which saw several colonies being invaded by the warriors of Mandalore. Many zabraks then joined the armies of the Republic to defend their own or to seek revenge. The most famous of them is certainly Bao-Dur. Iridonia herself fell during this war, but was recaptured by troops under Revan's orders the same year. When the Jedi general sank to the Dark Side, he took the majority of his troops with him. The Zabrak territories once again became war zones, changing hands several times. The Jedi Civil War then saw the eight colonies gain independence and each be considered by the Republic as sovereign territory. 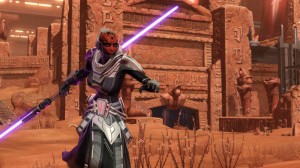 Eight colonies, nine worlds? Zabraks have spread to many more worlds, some even as yet unlisted. When the Empire returned and attacked the Republic, they captured some of them. That added to those that had been annexed in previous centuries, where observers were not looking. Some even managed to fit into Sith hierarchies, building new dynasties. In both camps, therefore, zabraks are a very common species. Whether they were born on Iridonia or not.

Do you want to be up to date and know all the tricks for your video games? In gamesmanagers.com we enjoy playing as much as you do and for that reason we offer you the best tricks, secrets or tips for you to play non-stop. We offer you quality content and always updated to keep you up to date. That's why, in our website, you will find not only videogame guides but also tricks, secrets and thousands of tips so you can play to the limit. Are you ready to get it? Enter now and enjoy your videogame!
SWTOR - Imperial Agent: the companions ❯

Gladiator School - Those who are going to play greet you!

SWTOR - Knights of the Eternal Throne: your first reactions?

Add a comment from SWTOR - Iridonia: Starting point of the zabraks