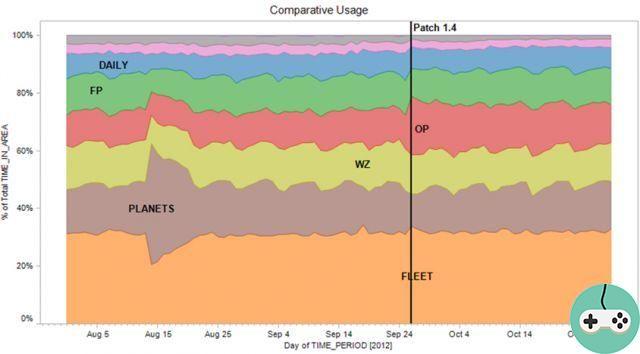 As always, the developer highlighted on the blog (this week, Jonathan Crow, analyst) answers some questions asked by the community on the US forum. Here is the translation! 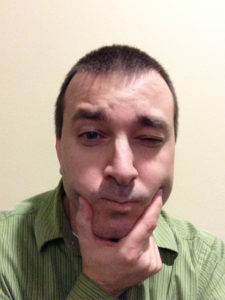 Q: Has the death ratio between bosses and players in Explosive Conflict changed since the release of 1.5?

It has changed a bit since 1.5. In general, it seems to have gotten a little worse, especially since most level 50 players play in Sector X and do HK-51 missions, so it's more complicated to have a full party. We all know that pick-up groups tend to be less efficient in operation compared to well-organized groups that have been rocking the operation for a while. Having said that, the general trend for Explosive Conflict and Nightmare from elsewhere is a gradual decrease in player deaths compared to boss deaths, which is what I am monitoring carefully to make sure the operation stays up to date. both a challenge and a reward. 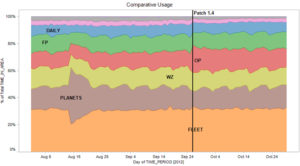 Q: According to the graph, players spend a lot of time on the fleet?

Fleets are the core areas of our game, this is where players go when they wait for a party to form for a Warzone or Flashpoint, to trade in the Galactic Exchange Network, to do business. crafting and chatting ... So there are many reasons for players to spend time in the Fleet. However, we are continually looking for ways to reduce this time.
Q: You said you analyze PvE stats and I guess you're dabbling in PvP numbers as well. If you could expose some of these numbers to the community, there would probably be something to discuss here on the forums.

We pay special attention to engagement and balance in PvP. The things we are looking at are player mortality versus enemies killed and the average rewards earned for each class to ensure that balance is maintained. We are studying the number of war zones / hour to verify that there are always enough players at the end of the wait to reduce the waiting time. Mega Servers have brought a significant influx of PvP, which has helped reduce wait times. We also study the average duration of a war zone to ensure that each war zone has a similar reward / time spent ratio. The dead / killed ratio is well balanced, all the advanced classes have a very close ratio. Healers tend to die a little less, but that's balanced by the fact that they don't kill much and the rewards given are very fair for all advanced classes.

Q: Have you looked to use XML databases like Mark Logic or BaseX as a repository for unstructured data? I have worked on "big data" and have found XML databases more flexible than relational databases.

We use an analytics tool to process sentiment in social media and chat logs that creates unstructured data and triples (subject / action / target) that are associated with various categories (positive, negative, bug, planet , PvP ...). This gives us the information for a structured database that we use to highlight the most popular discussion topics and how people discuss and feel about them. We also have a great community team that spends a lot of time every day reviewing the threads to see the immediate reactions from players. Otherwise, to specifically answer the question: we haven't looked at XML databases. I should take a look!

Q: What is the most popular place to role-play (maybe an analysis of the area where people tend to use the / e command or the dire channel would give a good estimate of RPG areas? )?

This is an interesting question. We don't have the ability to examine the cat and associate it with a certain area, but it has to be high-level areas, like the Fleet, a planet, or a player's ship. I look at this.

There you go, do not hesitate to react! Are you interested in all these little numbers? Me, I love and I will still like other graphics on all the little habits of players!

add a comment of SWTOR - Jonathan Crow Gives Some Answers