SWTOR - Kill Them All: Ord Mantell and Tython 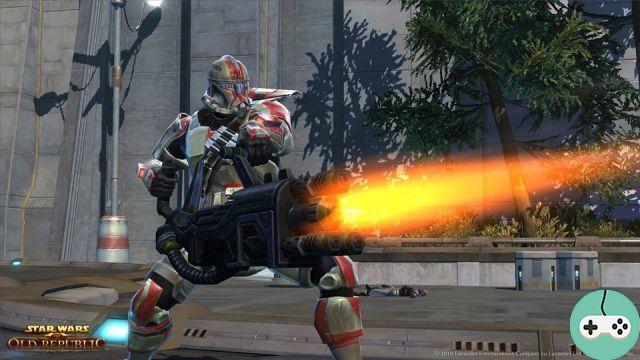 This article is the second in the series that aims to tell you where to kill certain opponents needed for mass murder successes. We covered the starting planets on the Empire side last week. It is now the turn of the two Republican starting planets. 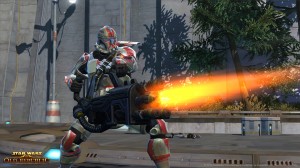 On this planet, you will find four achievements divided into two categories: Beasts et Aliens and mercenaries. Here are these 4 successes on the map. 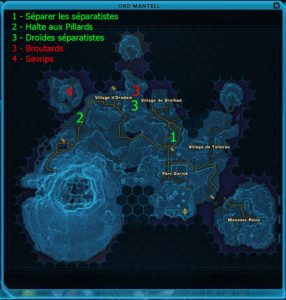 Be careful, you can find many separatists on the map but some of those in the cities do not count. The easiest way is to go and find them outside. It is also possible to complete the achievement of the beasts at the same time as that of the droids in zone 3. However, I find it more practical to do this achievement in the heroic zone of the savrips. When in doubt, we put both areas.

You will find exceptionally 5 achievements on Tython to complete. One in Aliens and mercenaries, two in Beasts and two for Droids. Here are all of the successes on the planet map. 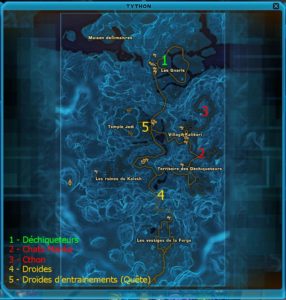 Training Droids are droids that a quest will require you to face. You will also find many areas equipped with shredders. Especially zone 2 if you want to take advantage of the manka cats to kill two birds with one stone.

See you soon for the capital planets.

add a comment of SWTOR - Kill Them All: Ord Mantell and Tython