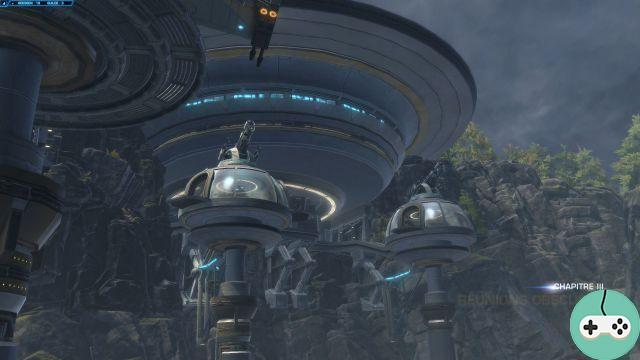 While we were in the process of forging an alliance on Dromund Kaas, Koth Vortena, still aboard the Cenotaph, got tricked by a Scorpion strategy to approach the Cenotaph and attempt to rid the galaxy of the only threat to the Eternal Fleet. We therefore receive a plea for help from him. Vaylin stormed the ship. We leave to help him and retrieve the ship when Valkorion appears to ask us to kill Vaylin. 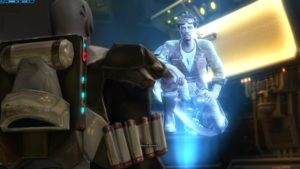 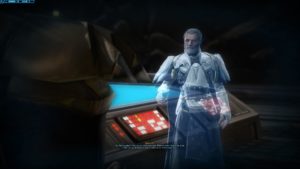 We therefore infiltrate the Cenotaph by arriving through the energy production room. To take control of the doors, you have to go to the other side via a mouse droid. This droid has two "powers". The first allows you to leave control of the droid when the second allows you to temporarily deactivate the skytroopers that keep the way. We will have to progress along the platforms by disabling the obstructing skytroopers without going through the red cones. Here is how to pass each of the three waves successively.

Once this first step is over, we meet Koth. He managed to get out and not get caught. On the other hand, his comrades are less fortunate and Vaylin tries to extract the Cenotaph's password from them, Scorpion having difficulty breaking it.

Koth tells us that he hid a particular security system with a second password that would set off a bomb. The latter being able to eradicate half of the galaxy, he is there to defuse it, but needs us. Lana, furious, indicates that she is going elsewhere to create a diversion and we accompany Koth to keep an eye on him. We deactivate three bomb primers on this floor. 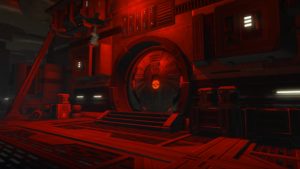 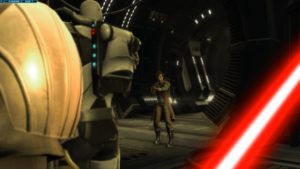 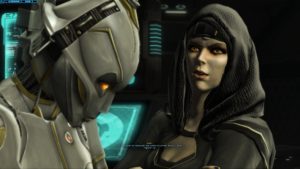 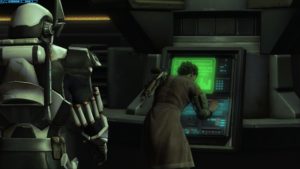 At that moment, Scorpio takes control of the controls and notices our presence, Vaylin comes our way and Tracing the Trench, a knight of Zakuul, intervenes to delay us. It only does a saber throw and force choke, the first of which can be dodged, as it's a landed area. 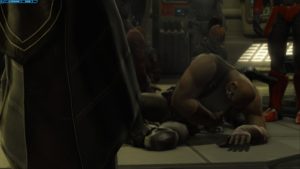 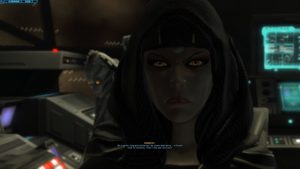 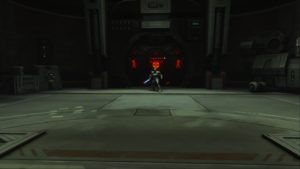 Koth then warns us that Vaylin is approaching. We leave quickly for the bridge she has just left and go look for Koth's crew while they try to take control. Arriving there, Koth realizes that the quantum bomb he set up did not go off despite Scorpion's takeover. This then contacts us and asks us to deactivate it. According to her, Lana would have been trapped by Vaylin. We assume that Scorpio has other motivations, but without succeeding in getting anything from her. Koth inquires and we learn that Lana and Vaylin are where the bomb was placed. 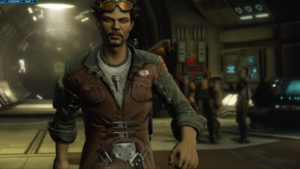 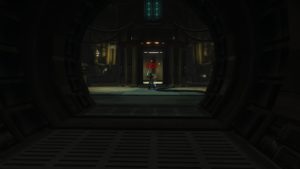 A new horizon guard stands in front of our objective. Vella Zarkot, melee specialist who will do medium damage. With a distance class, it is possible to kite him so as not to take his attacks. We then enter the dark sanctuary of the Cenotaph. When we arrive, Lana is in a bad situation, we try to reason with Vaylin by revealing to him the manipulation of Scorpion, but without success. She attacks us and Koth's warning about the bomb's presence doesn't seem to have any more effect.

The fight is very short. Barely 50% of his life is to be removed before the next phase is triggered. Vaylin doesn't do a lot of damage and you'll just have to stay in the purple area around him so as not to take a reflection of his own damage. A cutscene then kicks in and Valkorion steps in to stop Vaylin from killing us. Unfortunately, the latter frees itself from its grip and here we are with our backs to the wall. Valkorion then uses his last asset: the conditioning of Vaylin. 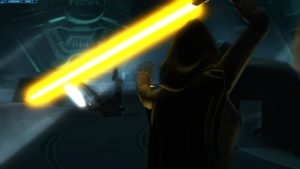 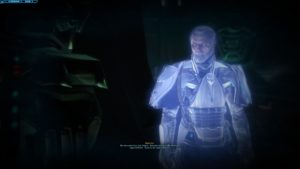 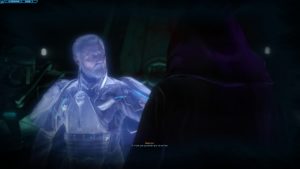 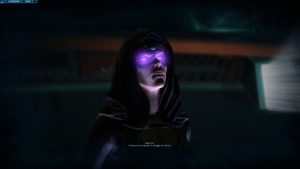 As a child, Vaylin was conditioned to submit to anyone who proclaimed himself the "dragon of Zakuul". Therefore, it is impossible for him to kill us without putting his life in great danger. So she runs away, leaving us with the bomb that Koth put down. We must then go and destroy energy cells to prevent the catastrophe. Time is running out, but only for the bonus mission.

Valkorion returns after deactivating this Quantum Bomb. He tells us that he brainwashed Vaylin when she was young to react to the phrase "bow down to Zakuul's dragon" before leaving us. Koth is still there, but his crew fled with the escape pods when Theron arrives. He has reinforcements that will be of little use, because the Eternal Fleet has withdrawn. We still have to decide on Koth's fate, the ship having fallen into our hands. We have a chance to forgive him, but Koth has betrayed us and, whatever past relationships have been, it's irremediable and we eliminate him. 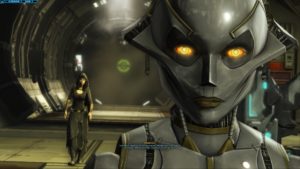 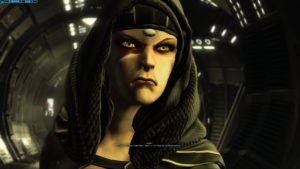 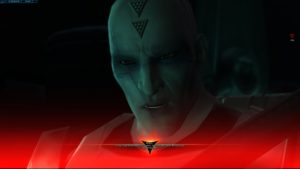 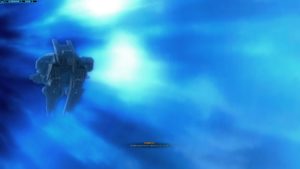 We are unfortunately not at the end of our troubles. Scorpion has taken over the helm and we have to leave the ship. She's been trying to get hold of the Cenotaph from the start. Her technology seems related to her and she would like to understand how this is possible. Vaylin tries to eliminate him without success and the Cenotaph enters hyperspace to "go home".

Add a comment from SWTOR - KOTET in master mode # 3