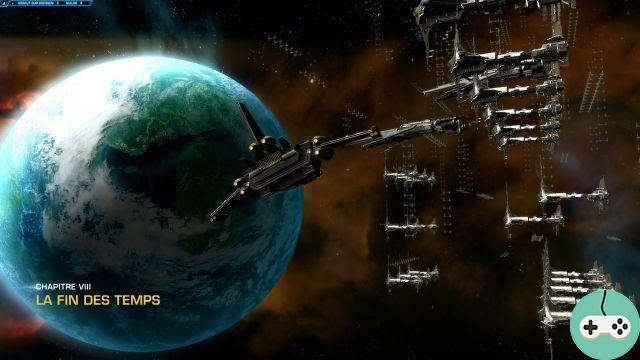 With her newfound freedom, Vaylin thinks she can invade Odessen and crush us. Unfortunately, we weren't there from the start. We therefore land near the battlefield. The first step will be to cross it. The first groups of skytroopers hurt a little more than usual, but they are not insurmountable. Then we unlock a combat walker and this is where the chapter gets very irregular. 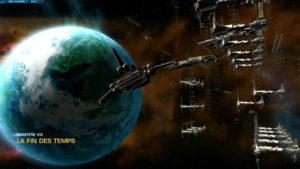 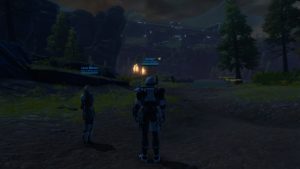 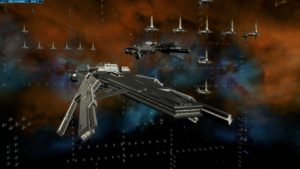 The walker fights are very slow but require to be fast, many groups of opponents will appear at inconvenient times. Right after we finish exterminating a group, there will sometimes be new opponents while we're down alive, and impossible to repair in combat or activate a shield like we could on Voss in Chapter 1. This makes the fights all the more difficult as the skill cooldown is long, or even very long, depending on the skills above, and a global cooldown will be grafted between two skills. I find that this unbalances the chapter, but it remains doable, even if it means dying and making the trips several times. 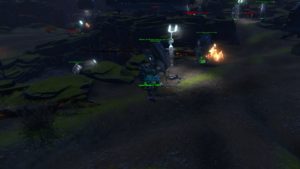 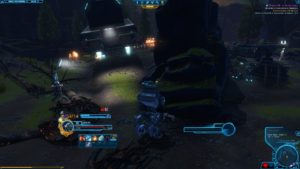 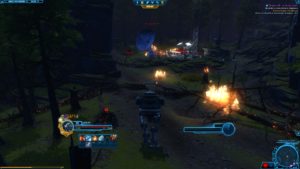 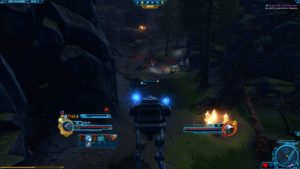 Once we have crossed the battlefield, we come to the foot of the cenotaph which is attacked by two droids and a named opponent. We focus on the named one by interrupting his "reboot battle droids" ability, this will prevent their laser from aiming at us and turn them into harmless poles for the remainder of the fight.

We are then joined by Senya and Arcann (who are therefore still alive since the light choices had been recorded). They will help us later because Lana has to support Theron. We then seek to lure Vaylin to the planet and take control of an enemy transmitter. We mention the presence of her family and she bites the hook. But before it happens, we must eliminate other enemy troops to make room. And so it's off again for a walker's turn. 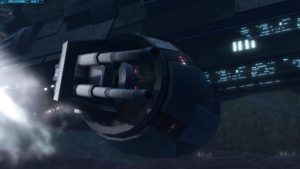 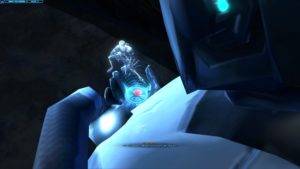 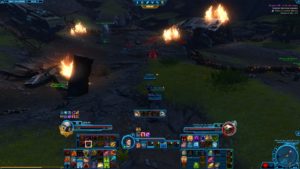 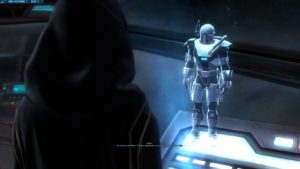 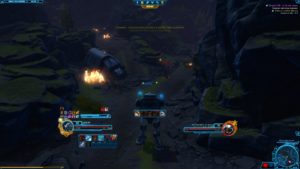 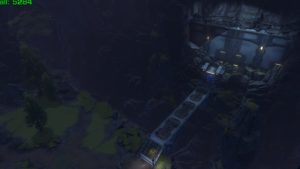 We will then face a very annoying giant skytrooper, but luckily we will not have to kill him entirely to trigger the cutscene. Only 50% of his life points are to be done. Take advantage of the departure to charge the strongest shot in advance and start with it before coming into contact. The second ability will then be very useful because it will temporarily incapacitate the giant skytrooper. Put it on as soon as possible and charge the missiles as soon as possible in the meantime. 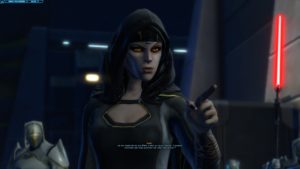 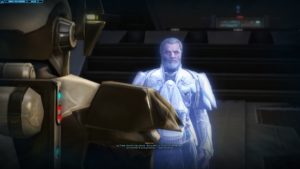 We will then be contacted by Vette and Thorian, both in an awkward position. We leave to help Thorian but then do not arrive in time to help Vette who finds herself trapped in Vaylin. We join them to confront Vaylin. She kills Vette when we arrive. We then confront him and take Vaylin out of the equation between us and the Eternal Throne. Rather than describing the fight as usual, here it is exceptionally in video.

As soon as Vaylin disappears, we are victorious by abandoning the fleet. But she has a vacant leadership position and returns to her primary function by devastating the worlds of the galaxy. We must therefore quickly take our place on the throne to stop these attacks.

Add a comment from SWTOR - KOTET in master mode # 8