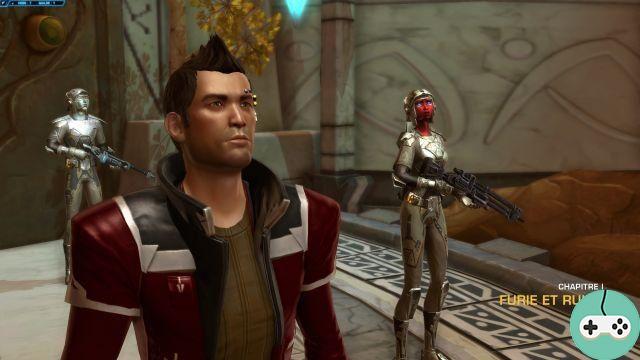 After finishing the story of Knight of the Fallen Empire, the Outsider defeated Arcann, Koth seized the Cenotaph, and Vaylin ascended to the Eternal Throne while being supported by Scorpion. So hard to know what will happen, when Vaylin decides to invade Voss. The Eternal Fleet sends its troops, and while the planet doesn't seem to be home to any special resources, Vaylin must have an objective behind his mind. Would she try to weaken the alliance by wasting resources? 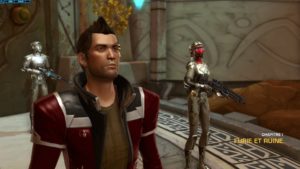 In this context, Theron, who was there, calls on us for help and asks for our intervention to protect the population. The Voss and the Gormak have come together to protect their home, but that is not enough. We thus arrive in a zone of conflict and must first of all empty the place by eliminating the troops of skytroopers and knights. It is not complicated, because we are accompanied by Thorian Cadera and many Mandalorians in addition to Lana, present as an active partner. 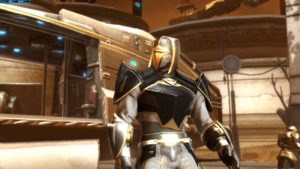 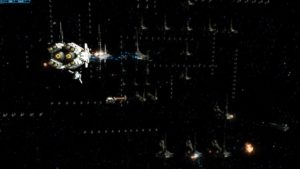 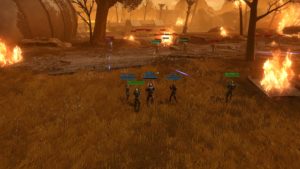 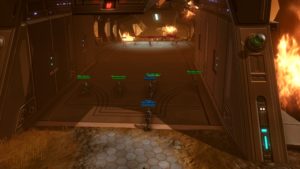 After leaving Thorian in protection with the Mandalorians, we head to a place occupied by the Goliath of planetary attack. PA-717. This droid is our first "difficulty". It will alternate repulses and grappling hooks, so if you have anything to make yourself immune to its effects, don't hesitate. His only really awkward attack is a cone that will push us away. We can easily avoid this by being close to the droid to get out of it as soon as it is fixed to the ground. It will also help to orient it so that the healing partner is not inside. Finally, after having taken it down enough, it will stop these attacks and make mines appear. It will then initiate a protocol to activate them. If the spell is activated, the mines will slowly move towards us and explode on contact. This ability can be interrupted to save time and delay activation. 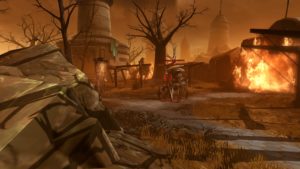 After that, the bridge we had to take is destroyed and we have to go around it to pass the chasms between us and our goal. For that, we join a structure, which will also be destroyed. In doing so, a jet-pack is discovered and allows us to cross the abyss. We then return under the city and we are attacked by small maintenance droids. Their flamethrower is particularly dangerous. 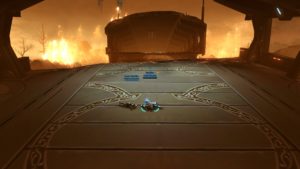 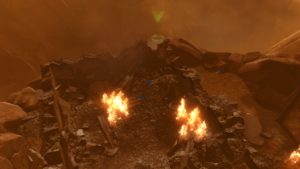 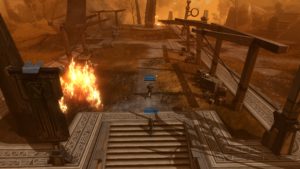 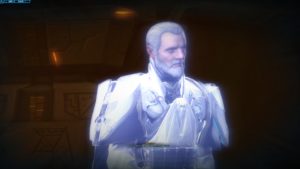 Valkorion then returns as the chaos deserves his attention, but we don't let ourselves be fooled, he wants us to ascend the Eternal Throne and we are wary of him. Continuing, we rise to the surface and join Theron in a Voss-ka tower. This defensive position is taken by storm by many skytroopers. The first wave is easy to deal with, just kill them quickly. I had no defensive ability to use. If your partner is not effective enough, use one of the healing stations at the back of the room, but the ideal is to try to save them for later, even if they become available again after a long cooldown. The difficulty increases with the second wave where sabotage droids invade the room. Their damage is high and they use flamethrowers that kill almost instantly. Once this stage is passed, the progress is saved to face the next group of knights. 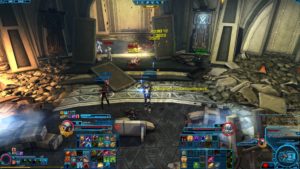 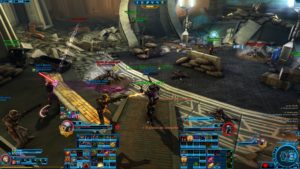 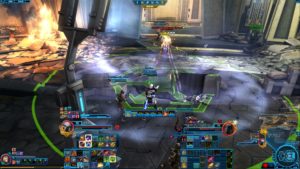 This new, tougher group is made up of Horizon Guard Captains. We must start with the one on the right, because it channels an explosion of lightning that kills if we do not have an active defensive capacity. We can start with an interrupt, continue with a control, and then continue with those of the inheritance moment. If necessary, the interruption should be returned and glare and other immunities can also help delay. Once this first captain is finished, in general the partner should not have much health, because it is he who will have taken the damage of the other two. It may help to activate the healing consoles at this point.

After putting an end to this ambush, we consult with Sana-Rae, Master Voss who is fighting alongside us. The planet has no tactical advantages, and we still don't understand why Vaylin is attacking her. Until Senya contacts us. She tries to heal Arcann and thinks he can ally with us. So we go to the healing shrine, with the firm intention of eliminating this sticky enemy once and for all. 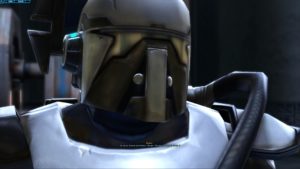 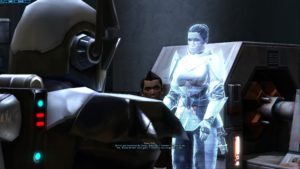 A walker is at our disposal. If its damage is still as beneficial and will easily kill skytroopers, the reverse is also true in master. Some troops inflict very heavy damage on the walker with their missiles. One solution to manage them, without dying and starting over little by little, is to target them as a priority after having reunited the groups with the gravitational missile.

If necessary, some green areas allow the walker to be repaired on the way. After which we arrive at the entrance of the sanctuary. This one is blocked by a walker similar to ours. The fight is longer than difficult. The damage of the enemy walker is almost all dodgeable, as they are fixed areas that you just need to get out of. The only point that can pose a problem is the summoning of troops. These are equipped with missiles and it will be necessary to eliminate them as a priority. Area damage is very effective for this. 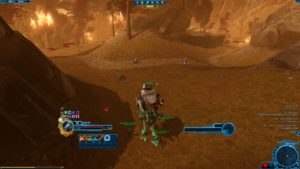 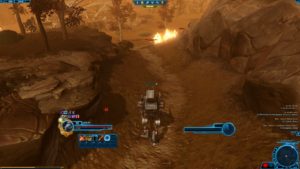 Once, a little below 50%, two droids will be summoned and they will block our movements with chains. We must kill them to free us and get out of the area spelled by the walker. Then it resumes its normal cycle until its death. In doing so, the entrance is released and we join Senya. The temple is protected by a force field, and Senya enlists the help of Voss scholars to heal Arcann. Vaylin then intervenes and bombs the temple. The shield that prevented us from progressing gives way and we then join Senya. The skytroopers on the way delay us just long enough for Arcann to recover and be able to flee. Senya opposes us to give her more time and tries to kill us. 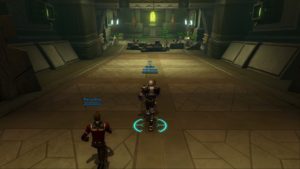 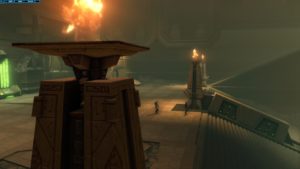 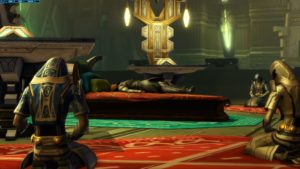 His abilities are not very high for an end-of-chapter boss. Senya is channeling areas to dodge and will push us steadily. Apart from that, we can move away while it channels a small area of ​​damage around it or kite if we are distant, even if it is not necessary. 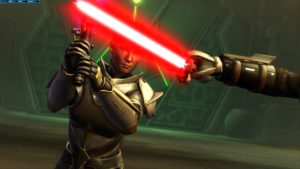 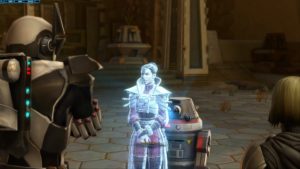 So Arcann has time to flee and we come back to Vaylin who is having trouble with Koth, stepping in to block the Eternal Fleet. Scorpion leaves the choice to the GEMINI who fall back, while upsetting Vaylin. That's when the Imperial Fleet arrives, forcing Vaylin to retreat as well. Empress Acina contacts us and invites us to Dromund Kaas to forge an alliance.

add a comment of SWTOR - KOTET in master mode # 1