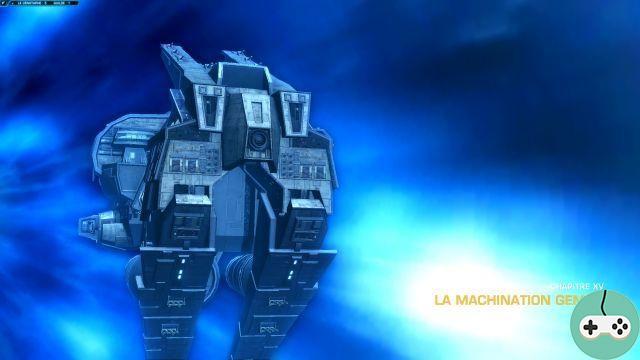 It is aboard the Cenotaph that we go to a vessel isolated from the Eternal Fleet. The boarding team will consist of Senya, Theron, Lana and Scorpion. Not without difficulty we manage to enter the ship, but something odd is at work. There is no skytrooper to greet us. 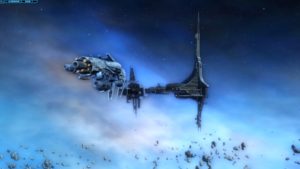 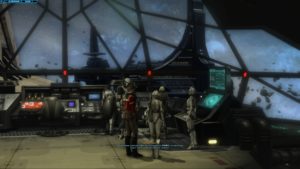 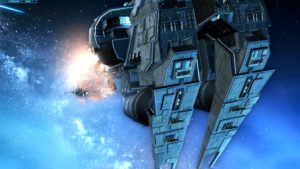 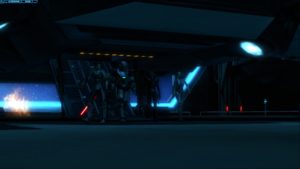 As we progress, we are watched by the GEMINI model of the ship. The latter manages to separate us into two groups. Lana, Theron, and Senya are stormed by skytroopers when we face off against a ship defense droid. It is an elite but its damage is not very high. There will be 4 skytrooper to kill at the same time, but nothing insurmountable since there are no special dangerous abilities. 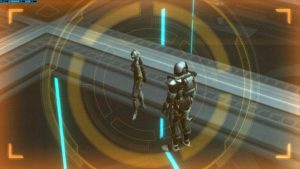 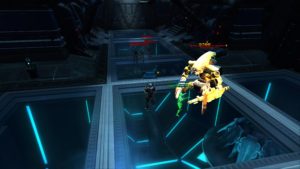 As we progress we access a console. Scorpion plugs in and tries to take control of the device. She seems to get there but GEMINI gets the upper hand and Scorpion is grilling the circuits. At the same time, Captain GEMINI calls for reinforcements, warning Arcann of our incursion. We must therefore expect to have enemy reinforcements, and not the least. Senya joins us and Lana says she has important information. 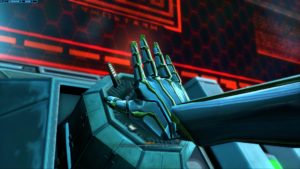 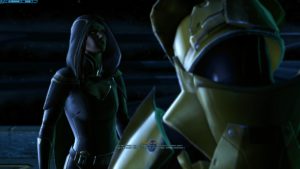 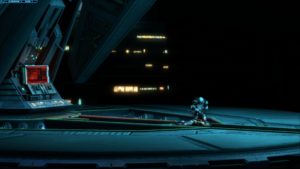 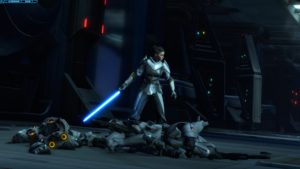 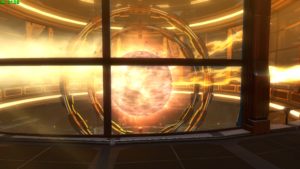 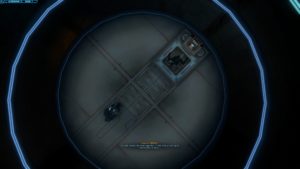 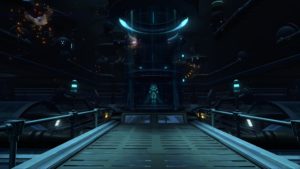 We go through the structure's solar reactor to reach it, then take an elevator. Another bad idea, the captain blocks the elevator and we are forced to take a circuitous route by exploding the wall to exit through the maintenance passages. We come out on the battleship's supply room, guarded by a Skytroopers builder.

This constructor will have two capacities to deal with. The first is a missile rain channeled. It will place several circular areas on the ground while the second will summon skytroopers. While the former is easily avoided by moving, the latter should be interrupted by clicking on a console. The longer we delay, the more skytroopers there will be to face. At the risk of being overwhelmed. 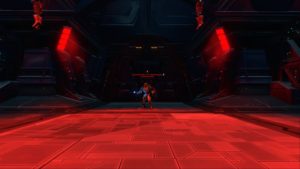 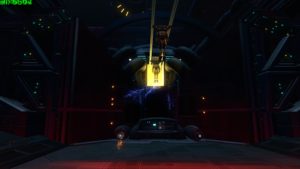 Continuing the path, we then enter an area where a gas is triggered. Damage over time effects stack in our negative effect bars and we take more and more damage. Destroying the 4 visible energy points doesn't seem to help, but moving back out of the area will reset these effects. Repair droids come to try to replenish the energy points. We destroy them, then dive into this toxic cloud to destroy 4 other sources of energy further and stop the vaporization of this gas.

After this difficulty, we arrive in a room where we find Theron and Lana. But that's not all, many dignitaries of the Empire, the Republic and Zakuul are locked there. They were led to Zakuul to be handed over to Arcann because, by wanting to contact us, they united and formed their own alliance. Theron manages to free them and the captain seems surprised that it didn't take him longer. So he sends us skytroopers to delay us. 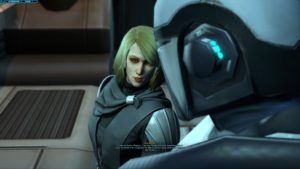 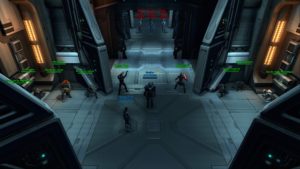 We then head to the bridge to face the GEMINI. It will start by getting rid of a wave of many skytroopers. Then the GEMINI droid appears and sends us chain shots. They are not very strong, but the quantity sent will cause good damage over time. Use your defensive skills regularly to get by. It will also place a poison area on the ground. Because this ability is channeled, it can be interrupted. Finally, at a low percentage of health, the captain will create copies of himself on the 4 circles on the ground. Strike them one by one until you find the original or the copies disappear. 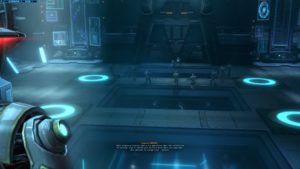 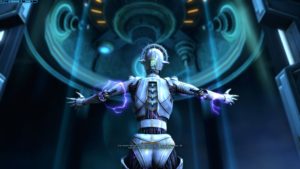 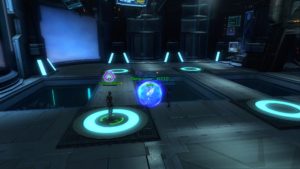 Having failed, Captain GEMINI chooses to initiate the destruction protocols, causing numerous faults in the functioning of the escape pods. We choose first and foremost to help the Imperials, longtime allies. Then the dignitaries of the Republic, because of their numerous contacts in the core worlds. Unfortunately, Theron is running out of time and the last capsule explodes. We don't have time to feel sorry for their plight if we don't want to share it. We must go and quickly. 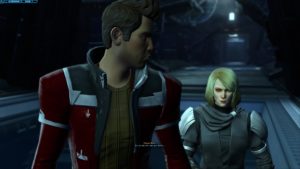 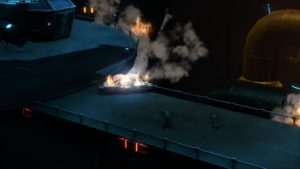 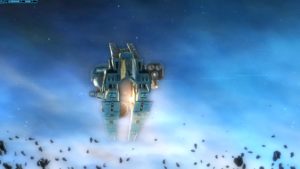 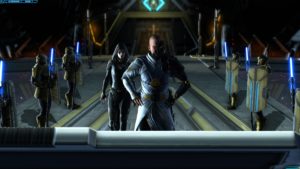 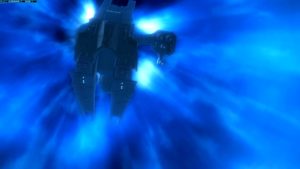 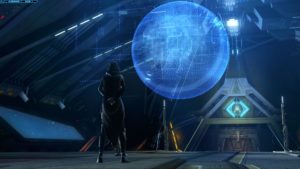 We reach the Cenotaph just as the Eternal Fleet arrives there. We manage to flee, but it is a mess, the orders of the cenotaph no longer respond. Luckily, Arcann also has his share of problems because he has lost control of part of the fleet and Scorpion is contacting us. She survived by manipulating us. She was the one who defeated the captain and tricked us into investing the GEMINI frequency. She now controls the fleet, with the exception of ships near Arcann. We are in deep trouble with this third power which is joining forces against us!

add a comment of SWTOR - KOTFE in master mode # 15