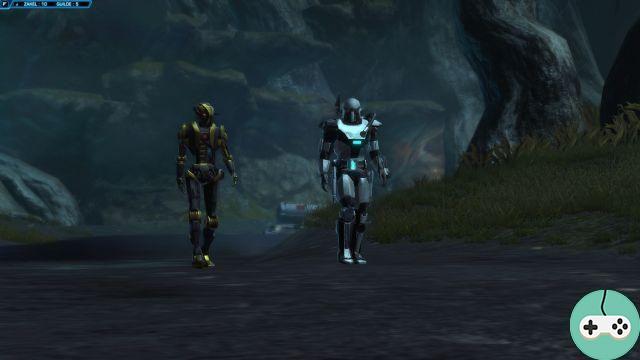 We are barely awake when we are already plunged into turmoil and fighting. After coming out of the carbonic sleep and having somehow managed to escape the city of Zakuul, the defenses managed to damage the ship and we must land urgently in the nearby jungle. 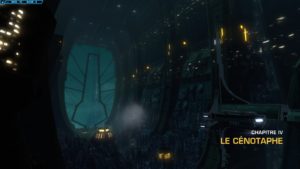 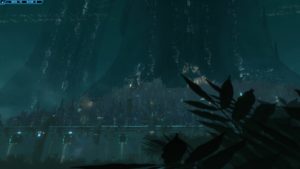 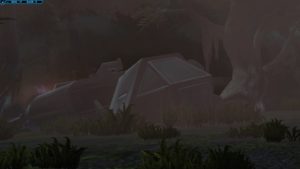 It will start by finding an attachment point where to rest. After crashing, the ship is too damaged to be repaired on the spot. HK then detects a large mass of metal nearby.

This chapter is special because you will face normal monsters there. By this mean that each time you exit a phase the monsters will be the same as in story mode. There are therefore few powerful enemies out of the few elites. Using your defensive spells in turn should be enough to give you time to take them out and allow for fairly rapid progression. You can also use the Heroic Moment to help yourself, as well as Sacrifice and Unity. The most dangerous enemy in this first phase is a old swamp rancor which does nothing in particular. 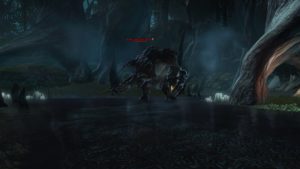 After exploring the surroundings of the landing point, we come across pieces of metal that belong to a larger structure. It will eventually turn out that this structure is an old vessel placed on the planet: The Cenotaph. This bodes well for it would be the only ship to have stood up and defeated the Eternal Fleet. Unfortunately, it is in poor condition and resources are lacking. 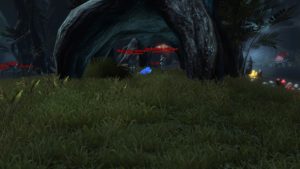 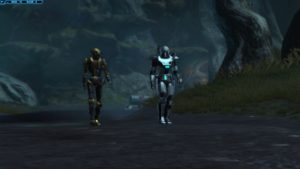 Let's start by clearing the ship of the creatures that made it their main home. After taking care of the main corridors, you will come across a old iknayid guardian. She doesn't do much damage and you can control her with stun spells. On the other hand, she will not be alone, because she regularly brings up several small versions of Iknayid that will have to be eliminated as quickly as possible. Reflections work on their primary attacks to help you with this task. 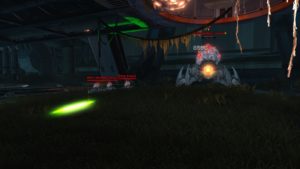 Meanwhile, Arcann directs our pursuit and research by focusing on the endless swamp zone and the high metal concentrations. So it's only a matter of time before we get spotted. However, we must deal with the most urgent and we choose to help Lana Beniko find a source of drinking water. We come out of the phase and explore the surroundings. On the way you will come across a second Grudge des marais. The strategy is the same as for the first, ie to kill it quickly and to alternate its defensive spells to hold. 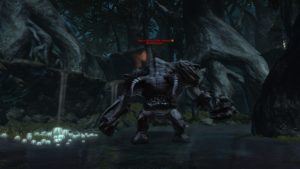 Lana tells us more about events in the galaxy over the past five years during our research. Arcann took control of the Eternal Throne after the fall of his father and spread his propaganda aimed at establishing his authority by accusing us of his murder. He then launched the fleet against the core worlds which bowed in the face of many defeats and are now paying a price in resources. Darth Acina is the new Sith Empress and Saresh, unable to be reelected, rules the Republic by manipulating the new Chancellor in the shadows.

She also reveals the reasons that pushed her to come and release us and shares with us her doubts about her current feelings about our condition. We then choose to trust him and tell him about the emperor who could stay in our minds without trying to control us. She understands our choice and advises us not to reveal anything to others for the moment. 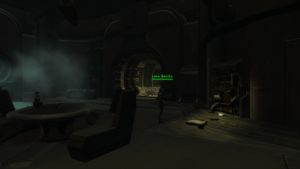 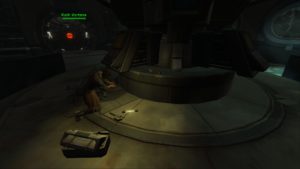 We return to the ship and then team up with Koth Vortena to find the materials needed to repair the ship. The former are found outside of the phases, but the latter is inside and will be protected by a Fouisseur Iknayid. It is the last imposing enemy that we will come across in this chapter.

We then discover Koth who seems to believe in fate and is in perfect opposition on this point with Lana. She prefers to rely on skill and luck. Koth then tells us about his past. We learn that he is a former captain of the Imperial Fleet and participated in the raids on the core worlds. He and his crew deserted following their refusal to massacre rebellious civilians. 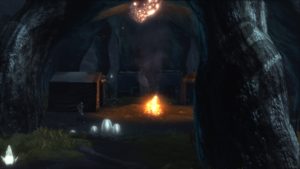 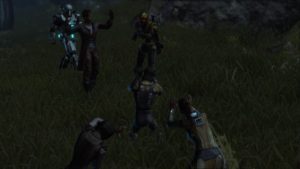 We are then interrupted by HK-55 who asks us to join him by holo-communicator. By going there we realize that he is taking aim at civilians who rebelled against Arcann. Not wishing to become a duplicate of the latter, we agree to take them as passengers in our leak. We then return to the ship to make the necessary repairs. 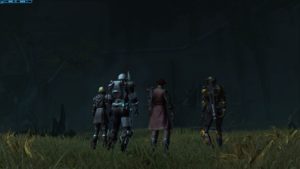 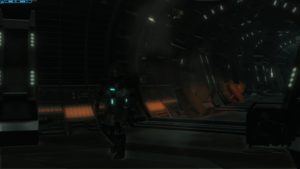 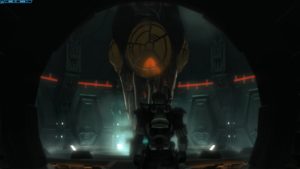 Once the ship is underway, strange voices can be heard. As we follow them, we realize that the ship is home to an old dark sanctuary where the spirit of Valkorion awaits us.

Add a comment from SWTOR - KOTFE in master mode # 4