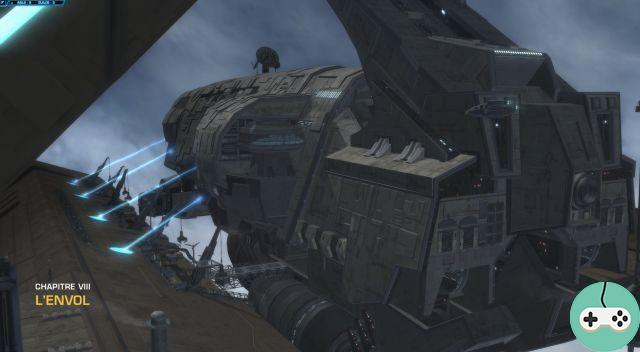 In the last chapter we met the Lady of Sorrows aka Scorpion, former partner of the Imperial Agent. The latter has joined our crew and is now working to repair the cenotaph. The stranger and his crew therefore returned to Asylum to begin planning what to do next. 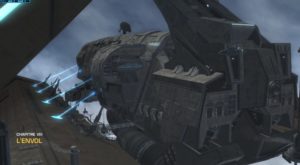 The repairs to the cenotaph are not going well and Koth Vortena seems to be having some difficulties. So we choose to let Scorpio take care of this part of the problem, knowing full well that it is hiding its game and not telling us everything. We are then called by Heskal, the Descendant of Zakuul, who seems to require our presence. 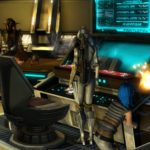 The latter actually called Arcann who was happy to eliminate the descendants and come to kill us. The fight is quite easy, Arcann is content to tap weakly and you can dodge his damage by running around the room. The only other attack he makes requires a channeling and you just have to get out of the areas on the ground to not be worried. 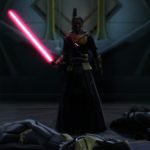 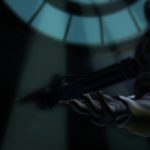 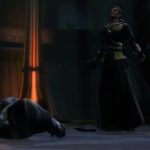 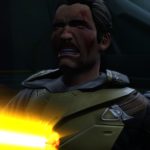 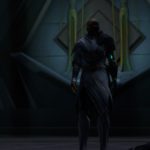 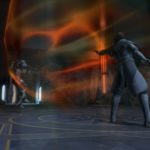 At 50% of his health points, our fight is interrupted. The Asylum area is stormed by Zakuul's forces. Arcann and we are separated by a ship crash. We pass a group of skytroopers hanging around Heskal. We then learn that he is not yet dead and he informs us that his choice was necessary. He explains that the deaths on Asylum were necessary for the survival of the galaxy without being able to give us more details because he dies the next moment. His vision of the future disappearing with him. We then join the cenotaph, assaulted by the forces of Zakuul and his fiercest member: Vaylin. Senya stands between her and us. We therefore take refuge and deactivate the magnetic traps that prevent the cenotaph from taking off. 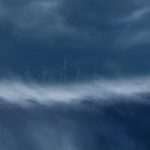 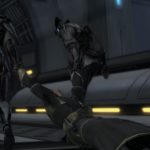 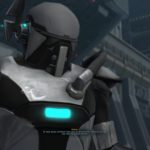 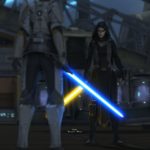 In passing we eliminate the troops of skytroopers who intervene and join Koth who was asleep and already preparing to go to deactivate the force fields. The captain Lazna Dolothrea then stands between us and our goal. 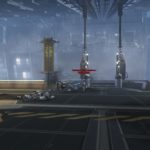 This knight is nothing special, just remember that in master mode his damage is high and partner healing is not enough. It will also summon skytroopers who will get the better of your partners if you don't deal with them right away.

After eliminating this last obstacle we go up to the Asylum management center and deactivate the magnetic iron, thus freeing the cenotaph. However, Arcann is not dead and is pouncing on us at this moment. We must therefore face it, and it is not an easy task. 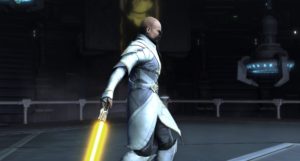 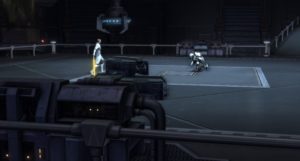 Arcann is very solid in this fight and it may drag on a bit. In addition, his basic attacks are very powerful, not to mention many special moves. We have two healing consoles to help us out, and they respawn fairly quickly, so feel free to use them. We proceeded by making trips between the two terminals and by alternating periods under defensive capacity and on the move. Arcann has four special attacks:

A last ability exists and constitutes a jump on a targeted area after a channeling. The latter can however be entirely ignored since the zone is present on the ground before the attack and that one can thus easily get out of it in time. Arcann will chain these 5 attacks in a loop until you drop him low enough. After which the fight resumes with a cutscene during which HK-55 sacrifices itself to save us. Arcann then dominates us and Valkorion intervenes, offering us his help to defeat our opponent. 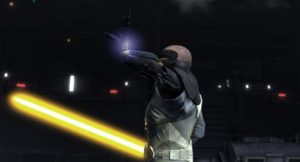 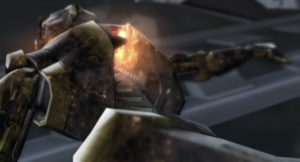 We accept and Valkorion takes control to launch a powerful destructive attack that eliminates many passers-by. Arcann is unfortunately able to protect himself from it, but the power of the shock causes him to fall from the top of this tower. 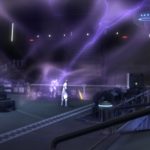 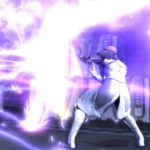 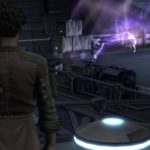 So separated and weakened by the power of Valkorion, koth vortena finds us and takes us back to the cenotaph. Meanwhile, Vaylin is dominated by Senya who doesn't have the courage to eliminate him. The escape seems difficult but after the elimination of a vessel, the cenotaph manages to enter hyperspace. 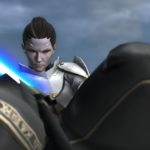 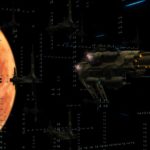 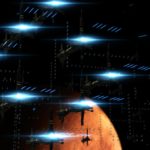 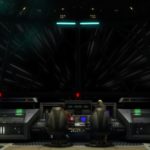 We then learn that the Asylum Skirmish has attracted the attention of many opponents of the Eternal Empire. We are therefore heading for Odessen, the planet where this coalition seems to have gathered.

SWTOR - The Mandalorians, an army or a horde?

Revelation Online - A quick tour of the closed beta

Add a comment from SWTOR - KOTFE in master mode # 8