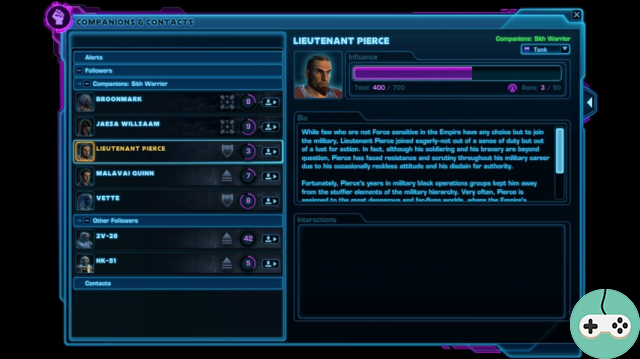 We've been talking about it for a little while ... to tell the truth, since the announcement of KotFE, our character will be at the very heart of an alliance that he will have to build and lead in combat. But ultimately, we did not know much more than that about this famous Alliance.

The shooting is now rectified, since an article of the blog of the developers proposes to us to learn more about this Alliance and the partners.

Before going any further, let us specify that we will not go into the details of things that have already been discussed a lot of times now, especially at the level of partners. You can find the details of the information on our full KotFE recap. 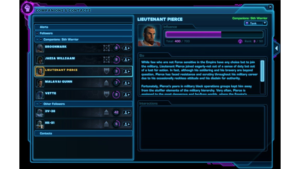 One of KotFE's secondary objectives: forging an alliance to fight the Eternal Empire.

Alliance forge thanks to four specialists (some famous heads, you will see!).

Some important NPCs you meet will be visible in the Contacts tab. Riding Influence with them can unlock additional rewards or script options. Some might even become "Supporters" and fight alongside you, like a classic partner.

Some contacts will offer missions, in the "Alerts" tab, generally to recruit other members. 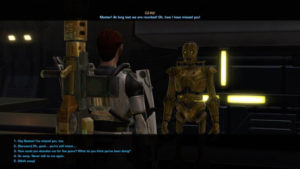 New ZL, available in Solo the first time, then in H2 (sort of Hard mode). Warning for spoilers:

The resistance is organized on six planets and you help them to face the Eternal Empire which has deployed stellar fortresses, a kind of super weapons, in orbit.

Gameplay variations: random bonus objectives, mini-bosses. Success and Influence to be gained in it.