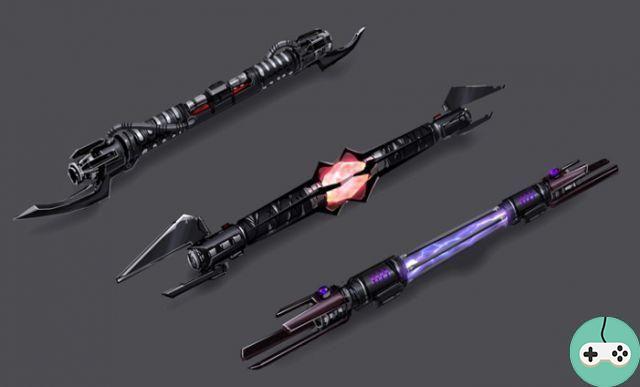 The lightsaber is a rare weapon, learning to master it takes years of training. Improper movement can leave the user disabled. The Jedi had used them for millennia before they separated from the branch that would become the Sith. They had plenty of time to develop different variations of lightsaber fighting style, in order to differentiate everyone who was in their order. Here is the list.

The evolutions of comments on these forms of combat are often contradictory, to the point that online encyclopedias come to give a different classification on several points. I am basing myself for this article on The Jedi Handbook: Code for Students of the Force, published in 2010 and is therefore an official text.

As an illustration, I attach to each form a Jedi or a Sith who practices it in one or more films. Mainly the Prelogy, the one that Luke Skywalker practices has never really been established. There is also the place occupied by these forms in The Old Republic. You will be able to admire certain contradictions in the work of Bioware. But anyway, if one is to take the Star Wars universe consistently, a fighting style cannot be limited to a particular class. 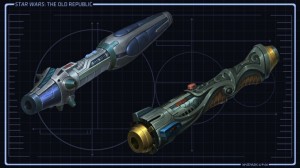 Forme I, Shii-cho, known as way of determination or way of sarlacc: it is the basic fighting style, taught to all apprentices during their training. It has no particular advantage or weakness, having to be simple enough to be learned by children. All the other forms are at the origin of the derivatives which had to correspond to certain situations. 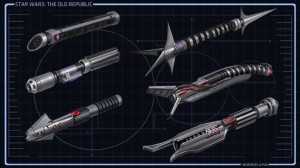 Form II, Makashi, known as the way of the opposition or the way of the ysalamir: Specialized in combat against other users of lightsaber, it is considered as the most elegant of forms but its user can easily find himself helpless in the face of multiple attacks or blasters. Many use it with a curved-handled lightsaber, which allows its grip to be altered for more compliant attacks.

Form III, Soresu, says way of protection or way of mynock: a way in which meditation takes a great place. Very defensive and effective against blaster attacks.

Form IV, Ataru, known as the way of aggression or the way of the bald-hawk: the most acrobatic of the styles of fighting with a lightsaber, often resembles a disorderly series of jumps. Requires always moving to deliver kinetic attacks.


Forme V, Shien / Djem So, known as the path of perseverance or the path of the krayt dragon: the most physical of fighting styles, originally a developed variant of Soresu which was deemed not to be offensive enough. He favors strength over agility. The Shien version focuses more on returning blaster fire while the Djem So version is based on counterattacks.

Forms VI, Niman, called way of moderation or way of rancor: also called way of the diplomat or the way of the consular, it is a hybrid of the other forms which seeks to draw on their advantages in a fast learning. Less advanced than these other forms, therefore less effective, it is sufficient enough for those who do not seek to become a master of arms. One of its variations is the combat form which allows you to wield two lightsabers, either a shoto (short saber) or a second blade of the same size.


no mention, the only person using two lightsabers for a scene is doing it out of pure show and without controlling anything 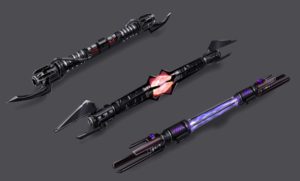 Forms VII, Juyo, says way of ferocity or way of vornskr: among the Jedi, it is the most controversial style of combat because it is contrary to certain teachings of the code. It's about letting go of your passion and controlling it, plunging into a certain brutality. A very risky form, the Dark side being able to arise and manipulate all of this at any time. It is therefore necessary to have great mastery before throwing oneself on a battlefield with it. Obviously, for the Sith, this is becoming very popular. Some even suggest that it was the latter who first developed this style of fighting.

Mace Windu (in a modified version which he renamed Vapaad), Darth Maul