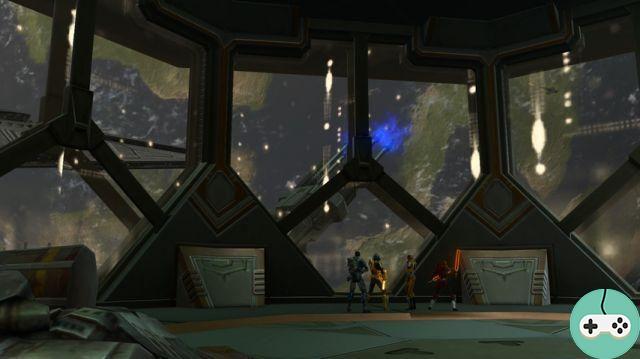 A few days ago, we invited you to explore the Kuat Shipyards Flashpoint, available on the test server. Let's take a closer look at the technical part with Jesse Sky, Senior Designer. 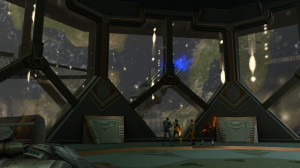 This hot spot has been developed to make it easier to bring players together in a new type of instance called a "tactical hot spot". These instances make it possible to bring together players regardless of their roles or level. Thus, it will be quite possible to see groups of 4 damage classes, or even groups of 4 tanks. A facility that allows a very appreciable time saving during group research, especially for damage classes. We had already seen the beginnings of these instances with the Laboratories and the Czerka Core Fusion, and a new step is taken with the abolition of the level border. In other words, it will be possible to group with players of all levels at any time, from level 15 to 55.

The mix of roles and levels won't be the only peculiarity of this contentious area. Indeed, each time you start the instance, two scenarios, out of five possible, will be offered to you, as well as one end boss among three different ones. The enemies inside will also be different depending on your faction, as well as mini-bosses and bonus objectives that will change each time.

For centuries, many of the galaxy's largest and most powerful warships have been built by the Kuat Shipyards, a massive complex of production factories and docks, which form a ring around the planet Kuat. Playing a vital role in the Republic's war machine, the Kuat Shipyards have long been a prime target of the Empire. Thanks to the tricks and strategies of the ambitious Admiral Ranken, the time has finally come for an Imperial attack. But Admiral Bey'wan Aygo, the Bothan leader of the Republic forces on Kuat, is not about to leave such a military asset in the hands of the enemy. This therefore results in a bloody battle for control of Kuat where the two factions will call on their best fighters to join the fight.

Objectives in the Flashpoint can earn you reputation with Empire Forward Command or Republic First Fleet, giving you the chance to acquire exclusive items, which we show you here.

Wildstar - Complete guide to the OMNIPlex