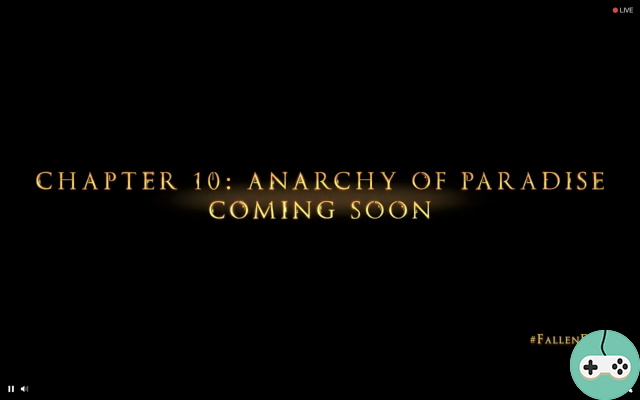 The famous livestream "with an exceptional announcement" is now over. Here is the essential to remember. They (Eric Musco and Ben Irving, Lead Producer) started with an inventory of the Galaxy, talking in particular about the fact that the story was a regular request received by all possible forms of feedback: social networks, forums, Cantina Tour ... Things already known then. Announcements were then made on three topics: Knights of the Fallen Empire Chapter X, events for December, and upcoming subscriber rewards. 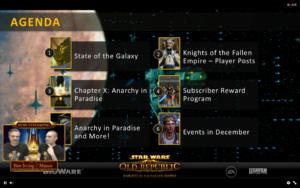 Chapter X and continuation of KotFE

To find out which partner it is 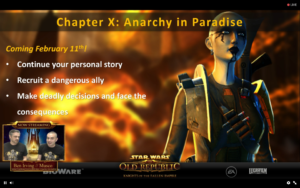 It's probably Kaliyo, or it's another very similar rattataki!

To find out which partner it is

By defeating enemies in the Zakuul Arena, you will be able to gain affection and even recruit a wookie as a partner: Bowdaar the Gladiator. 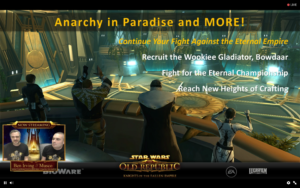 On the planet Zakuul, a lone anarchist only known as Calcinis lashes out against the oppressive government that rules the Galaxy with an iron fist.

Calcinis' skills have caught the attention of the Alliance, which hopes to recruit anyone skilled and brave enough to strike the Eternal Empire.

But Calcinis' eagerness to wreak havoc on all levels of Zakelan society may go beyond what [Character name] is willing to accept. 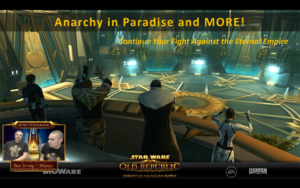 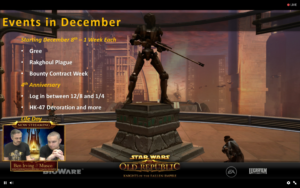 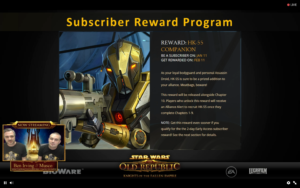 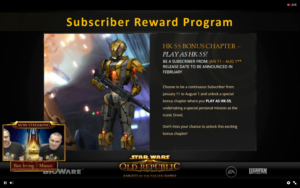 That's all for this livestream, which is already quite good. Are you happy with the Subscriber Rewards announcements or were you expecting something else?


Do you want to be up to date and know all the tricks for your video games? In gamesmanagers.com we enjoy playing as much as you do and for that reason we offer you the best tricks, secrets or tips for you to play non-stop. We offer you quality content and always updated to keep you up to date. That's why, in our website, you will find not only videogame guides but also tricks, secrets and thousands of tips so you can play to the limit. Are you ready to get it? Enter now and enjoy your videogame!
The Sims 4 - Crafting Ability ❯

GW2 - The Blaze: A Guide to Achievements