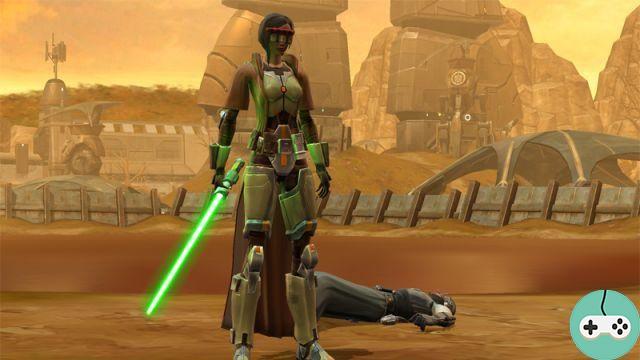 Miralukas are very similar to Humans except that their eye chambers are empty and they are able to see through the Force. But they have not always been so. Indeed, the Miraluka Force vision was once a latent ability in this species which possessed a "normal" vision whose exact nature is unknown. Originally, the peaceful Miraluka lived in a world whose name has not passed down to posterity and which entered a phase of geophysical and geochemical instability during which the planet's atmosphere began to evacuate. in the space. Miraluka scouts set out in search of a world their people could settle in and found a habitable planet in the Abron system: Alpheridia.

It is extremely rare for an entire species to be sensitive to the flow of the Force and it is little wonder that some Miraluka, among those most proficient in the Force, have joined the Jedi Order. This is how many Miraluka became central figures of the Order and participated in the development of its teachings and traditions. Miraluka Jedi participated in the Great Sith War such as for example Shoaneb Culu who perished when Aleema Keto triggered the chain reaction which destroyed the Cron Amas and devastated Ossus. The Miraluka people suffered particularly in -3.952 when the Sith Lord Darth Nihilus consumed their colony on Katarr to exterminate the hundreds of Jedi who gathered on the planet. After this event, no Miraluka population nucleus was found outside of the Alpheridies and their colonies, however, it was still possible to encounter isolated individuals anywhere in the galaxy. It was also at this time that the first case of Miraluka Sith was recorded in the person of Visas Marr who was the only survivor of the destruction of Katarr. She was later brought to light by the Exile and played a major role in rebuilding the Jedi Order after the Dark Wars.

During the last years of the Galactic Republic, the Jedi Order included not only Miraluka Jedi but also a few Miraluka with little or no training who generally held administrative or teaching jobs. When the Empire was proclaimed (-19), the Miraluka suffered greatly: indeed, the Jedi Purge killed thousands of them and forced countless Miraluka into hiding. A few Miraluka joined the Rebel Alliance while some disturbed individuals entered the service of the Empire as pawns or spies. Still others succumbed to the Dark Side and destroyed themselves ... It was not until the days of the New Jedi Order that the Miraluka began to join galactic society, although the threat posed by the Yuuzhan Vong drove most of it. between them to travel incognito. 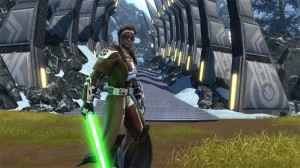