SWTOR - On the way to KotFE: The Soldier 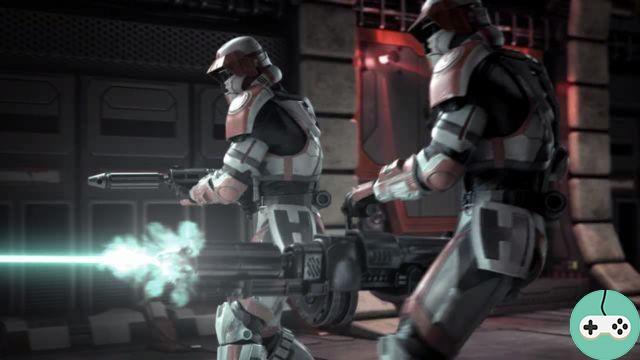 Today is therefore the Soldier which is in the spotlight. You can already find the story of the soldier told by Chaotin, our lore master.

See you later in the week for the Bounty Hunter story as well as upcoming class changes for these two mirror classes, and meet next week for the Sith Consular / Inquisitor Jedi.

Attention, what follows contains many revelations on the history of the Soldier. Don't read if you don't want to be spoiled. 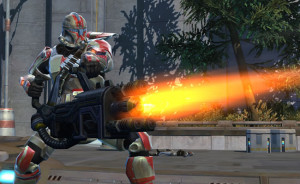 What you are about to read is an excerpt from the official Star Wars ™: The Old Republic ™ Encyclopedia. This is a summary of the 3 acts of the history of the Soldier of the Republic class. While we do our best to avoid them, this snippet does contain spoilers. So read at your own risk ...

Tensions between the Republic and the Sith Empire have never been greater. The Chaos Squad will face their toughest challenge yet: securing victory for the Republic over their long-standing nemesis, once and for all. Their current battleground is Ord Mantell, a world ravaged by war, where guerrillas have launched a destructive assault in order to free this planet from the influence of the Republic. These violent separatists stole the ZR-57 orbital bomb from the Republic, capable of reducing hundreds of square kilometers to ashes in the blink of an eye. The Chaos Squad is ordered to find and recover this devastating weapon. However their new member, a very determined sergeant, discovers a completely different threat for the inhabitants of the Republic: a mass defection within the Special Forces!

Defections began within the Chaos Squad itself. The heroic team leader, Commander Harron Tavus, believes the Republic has betrayed its best warriors. Driven by a desire for revenge, Tavus urges his closest allies of the Chaos Squad, as well as many others, to join the Sith Empire in secret. The traitors put their plan into action on Ord Mantell, where they plan to hand over the dreaded ZR-57 bomb to the Empire as proof of their loyalty. But this plan is leaked by the only member of the Chaos Squad who remained loyal: the talented new sergeant who had tracked down this bomb in the first place. 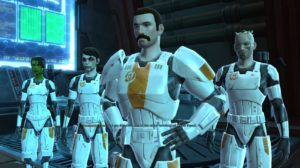 Although Tavus and the other traitors managed to escape, the unyielding sergeant is promoted to the head of the Chaos Squad. Now a lieutenant, this elite warrior sets out to reform the best fighting team in the Republic and pursue Tavus and his followers. The traitors are dragged to justice one after the other, until the lieutenant eventually tracks down Tavus himself. The former war hero fights with skill, but he is no match for the seasoned new commander of the Chaos Squad. Tavus is defeated, and the lieutenant must then make a choice: should the traitor pay for his crimes, or should he be taken prisoner and delivered to the Republic in exchange for information about the Empire's war plans?

As the defections within the Chaos Squad have only just been contained, the Republic's Strategic Information Service is updating a new imperial threat: a prototype super weapon, codenamed Gauntlet, capable of targeting and destroy ships as they travel through hyperspace. In the hands of the Sith Empire, such destructive power could destroy the Republic Army. The Chaos Squad is tasked with destroying the Gauntlet before it becomes operational. Now captain, the team's seasoned commander travels the galaxy from top to bottom to find the manpower needed to carry out the offensive. A renegade explosives expert, an exotic tech specialist, and an entire platoon of expert bunker-knocking infantry join the mission, just in time for the start of the assault on the Gauntlet. 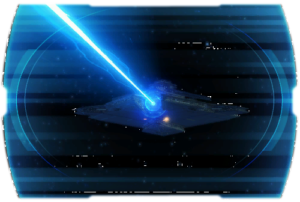 Supported by an entire Republic assault fleet, the Chaos Squad boarded the Gauntlet and sabotaged the massive super-weapon from within. Despite the slim chances of success, the mission is a success and the Gauntlet is totally destroyed. The mastermind behind the weapon's development, the brilliant Imperial General Rakton, however manages to escape and vows revenge.

Mad with rage after the destruction of his super weapon, General Rakton launches a ruthless campaign on the Core Worlds. Recently promoted to Major, the acclaimed Commander of the Chaos Squad manages to fight off Rakton's conquering legions using the Republic's elite forces. Battles between the two armies tear the galaxy apart, until the Chaos Squad and Rakton's personal forces engage in a final showdown on the planet Corellia. 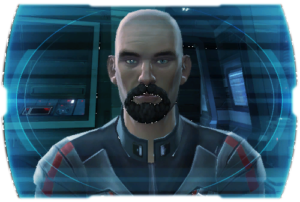 Major Emeritus manages to locate Rakton's fortified headquarters. He besieged it, helped by an elite group of allies of the Republic, until finally finding himself face to face with the Imperial General himself. Rakton is a formidable fighter, used to spilling blood for decades. But despite this, he is no match for the Republic's greatest elite Soldier. The Major emerges victorious from this fight, thus putting an end to the Empire's campaign on the Core Worlds and tilting the outcome of the war in favor of the Republic.

add a comment of SWTOR - On the way to KotFE: The Soldier