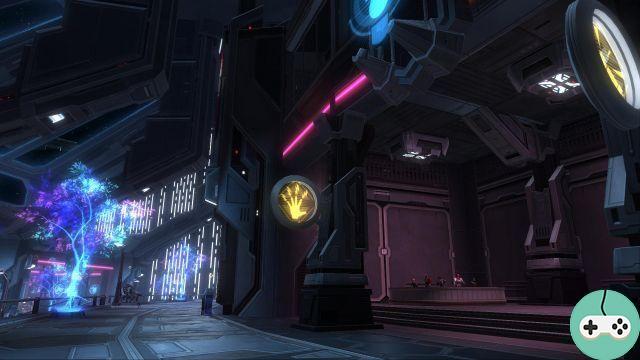 I am Dragnâr, healer thug on the Darth Nihilus server. This is my first article on the SWTOR site, although I have been following the activity of Games Managers for over a year and a half. As we approach 3.0, and as I haven't seen any post that deals with this topic yet, I got the idea of ​​writing one on optimizing PvE gear to level 55. Indeed, I still notice, because I am very observant by nature, that many players have difficulty in equipping themselves correctly. Of course, that's my point of view, but hey, who aspires to have a Nightmare doesn't have to walk around dressed in rude clothes?

What do I call opti equipment?

So that we understand each other well, I will speak in terms of statistics during this whole subject. I'll call the following secondary stats: Potency, Critical, Shield. In the same way, I will call the following complementary: Precision, Surge, Alacrity, Defense and Absorption.

Just a little more clarification, I will only use examples with index 180 changes.

Again from my point of view, I would remind you that optimized equipment is a part containing particular modifications. This concerns sophistication and certain modifications. Opti sophistication contains more secondary stats than endurance. Well, it's true that it's not necessarily easy to get an idea while reading, so here are some pictures to help you see more clearly.

What are the advantages of having an opti equipment?

I think it's relatively simple: the ability to send heavy!

Take the example of an unoptimized tank equipped entirely in 180 => approximately 45 health points (sometimes 000 if it improves endurance ... yes yes I too am afraid). This is explained because it is armored with sophistication having endurance as its main statistic.

Big mistake, endurance DOESN'T USE ANYTHING! Or at least not without a minimum of capabilities on the side. It's all well and good to have life points, but if you don't have anything to defend yourself, it's useless. Would you prefer to play with a good 43 health tank that holds up due to its secondary stats in sufficient quantity or with a full health tank that dies after taking 000 hits? For me, the choice is quickly made!
Endurance is a statistic present on absolutely ALL PARTS! Which means that whatever you do, it will go up on its own, no need to add more if it is to forget the statistics that are really useful. It's not the endurance that allows you to send healable hits, or dps at 13k5 or finally to resist a boss.

It is therefore the same principle for a DPS or a healer. The more power we have, the more powerful the blows we will send, the more critics we have, the more critics we will make. The more endurance we have, the less efficient we will be! Personally, I am currently a healer in 180 opti with an 186 part and I am running around 1220 heal bonus for 39 health. A single healer with unoptimized equipment will turn around 000-1050 healing bonuses with over 1100 health points. I'm not here to send myself flowers, this is an example and I still have a lot to learn. We can clearly see that neglecting 40 to 000 healing bonuses to only gain 100 life points is not very interesting.

How to acquire optimized equipment?

In operation only (or sometimes in hot spots for index 162). Each token that falls into operation allows you to recover a piece of equipment containing enhanced sophistication. So drop the purchase of equipment with distinctions if it's just for sophistication, it's not optimized. Keep them only for modifications and armor. Non-set parts that fall in operation are generally optimized, but not always, so be careful.

There is ONE exception: In Basic, Elite, and Ultimate Distinction Merchants, there is one piece of armor that contains Enhanced Sophistication: These are Vigor Legs containing Potency / Alacrity Sophistication.
It is also possible to have optimized parts manufactured up to 180.

Other types of optimization?

There are other forms of optimization, which are generally less taken into account. Indeed, some modifications may not be optimized. They are generally found on non-set parts that fall in operation (in general, they contain a 34A at the end of the name).

We are not really talking about optimization in terms of implants and ears because these parts do not present any modifications, but of course, they will have to be favored in Dread Forge, because it is obvious that they contain less stamina and more secondary stats than Oriconian merchant coins.

And then of course, not to forget the capes to be reached in the various statistics, the improvements and the set bonuses of the token armor? And then there are many other forms of optimization ^^

Finally, I offer you a table containing a non-exhaustive list of the optimized sophistication found in the game, with the spec that suits them.

There you go ... I hope this helps you. I did not go into details and I am not very precise but hey I wanted to make a global subject and not a subject of extreme precision. I take comments with pleasure, criticisms too (constructive if possible). Good game everyone !