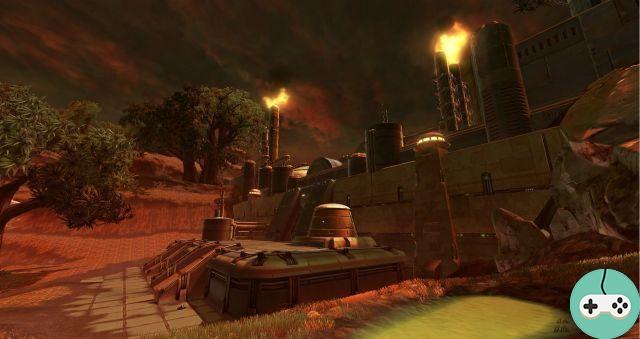 Once again, the Arc-Troopers have asked me to communicate an event to you! This time, I am pleased to announce an event more complex than the previous ones, with a particular objective.

Let's start with the essential information:

It seems that the Republic is seeking to regain the initiative after the dismal failure of MAKEB by taking advantage of its hold on some of the members of the Hut Cartel. Our latest information indicates that a major covert operation is brewing on QUESH. A negotiator of the ARC TROOPERS appointed by the Senate must be received by representatives of the great Hutts families whose facilities produce the most powerful doping agents in the galaxy. The latest data transmitted by our agents, who have probably since been eliminated, show a mobilization of several regiments, elite Jedi units as well as many privateers to ensure the protection of the guest of the Hutts.

Dark MARR of the Dark Council orders all Imperial forces available in this area on April 1 to surrender to QUESH.

Principle: Escort of the negotiator

The forces of the Republic will have to escort, from point ALPHA to point BRAVO, the negotiator to Jedi Master Saryta, representative of the Republic to the Hutts in the Quesh venom factory (Landmark for the objective). Then make the return journey keeping it alive until the starting HQ. 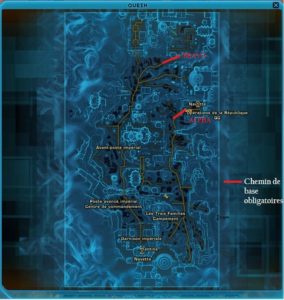 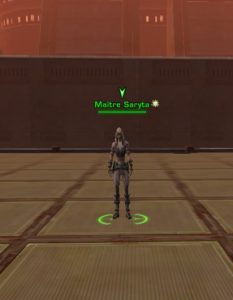 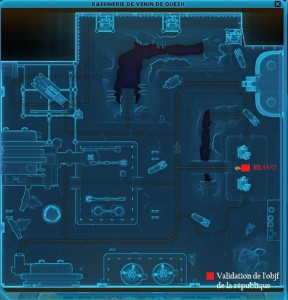 Imperial forces will have to use all possible means to kill the negotiator. The goal: ambushes, groups of scouts, guard posts at strategic points on the map, everything to achieve the objective. 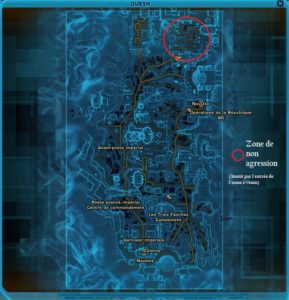 Only a short departure and arrival path is defined (see map).

The person appointed by the Senate is called Stormhawk, a Vanguard. Everything will be allowed to escort or arrest him (except contraindication in the above rules).

In order to facilitate the respect of the rules on both sides of the two factions, Imperial players will be able to make themselves known in advance to the organizers in order to participate in the arbitration of this event.

On the Republic side, in the event of the negotiator's death, a screenshot will be taken and displayed on SWTOR.Games Managers (to the extent possible). The information will also be transmitted on the Empire side via the arbitrators appointed in advance in order to prevent the death of the negotiator.

The organizers reserve the right to organize several rounds in the event of a quick death of the negotiator (in the first few minutes), this in agreement with the two factions.

So much for the story and the rules established by the organizers. If you have any questions, please let us know by commenting on this article. The Arc officers will respond to you as soon as possible via the same system.

FFXIV - From the Occultist to the Black Mage ❯

SWTOR - The Datacrons on Tatooine and Alderaan

The Sims 4 - How to become a Mixology pro?

GW2 - The seeds of truth have arrived