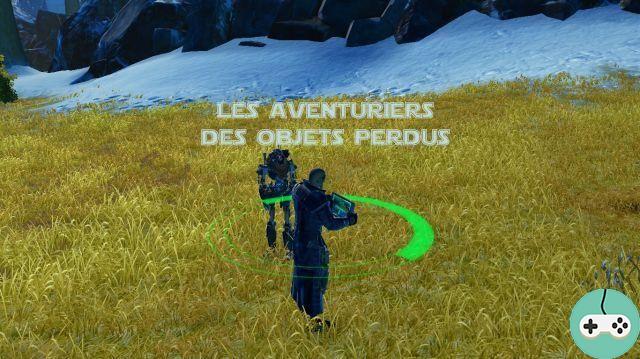 Bracius, our great explorer of the galaxy, offers you a little discovery he made on the titles Seed of Dread et Star Forager.

So for the new ones: both titles were obtained by completing the quest for the Seeker Droid (Heroic 4: Until the last seed ou Alchemy of evil):

For that it was necessary, at the end of this one, to make a choice (dark or bright) which gives you the title as well as the torso of the armor corresponding to your choice. And for those like me who made the Bright Choice, you've been awarded the title "Star Forager" and the Star Forager armor torso.

For the rest of the armor, you have to explore the galaxy to find it. And again, you could only find the matching pieces of armor you wanted.

However, during the 2.2.1 update (June 25, 2013), the developers decided that everyone should be able to obtain these two armors and therefore removed the condition (the choice made by the player) in the calculation of the loots found the Seeker Droid.

But, apparently, they also made the same decision regarding the title to go with it. So a few days ago I obtained an item related to the inheritance that grants the character the title Seed of Dread. 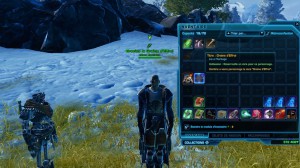 I have not yet been able to test if it is valid in the other direction (obscure choice and finding of the title Stellar Fourrageur). But logic leads me to believe that it is.

So there you have it, if you absolutely want either of these titles, recharge your droid's batteries and go digging them up across the galaxy!

add a comment from SWTOR - Raiders of the lost items # 8