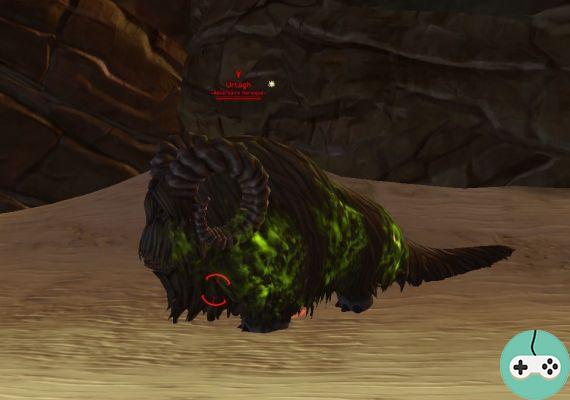 In addition to the daily quests, your trip to Tatooïne may also be an opportunity to kill a new World Boss linked to the event in the PVP zone very close to the landing zone of the infected ship. This world boss is a huge infected Bantha named Urtagh 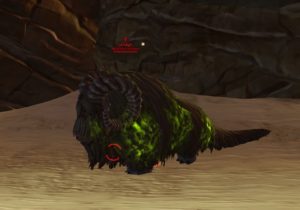 Urtagh can be found in the pvp zone at -35 / 449. In fact, even on PVE servers you will automatically switch to pvp mode except with people in your party. You can therefore be attacked by Republicans or Imperialists who would like to do the World Boss before you or prevent you from doing so. It has a 2h repop time. 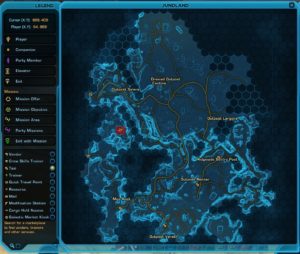 Urtagh is level 50 and has around 1,2 million health. It does a damage zone within a 20 yard radius and spawns Sandmen on a regular basis which can hurt quite a bit if they aren't killed quickly.

The strategy is quite classic, tanking, healing and DPS in priority of the men of the sands. Zone healing in the cac should also be enough to keep your stiff colleagues alive. The main difficulty of this boss remains the fact that it is in the PvP zone. We must therefore do with the opposing faction. Players in your faction shouldn't be too much of a problem if you group everyone together.

So, and I experienced it yesterday in the early evening on my Mantle of the Force server, you can't handle the boss and 2 Republicans at the same time. So my group had to do it twice to finally kill the boss, because the Republicans present were not very shrewd and did not intervene in time to prevent us from killing him on the second try but did eventually managed to decimate us before we could collect the loot.

The best thing about all of this finally (ironically on) which showed us the immense fair play in front of their initial failure of these republican pseudo "stars", is that they decided to camp the dead body of poor Bantha with the very fine and very clever purpose of preventing us from getting the rewards that awaited us. I do not hide from you that this unworthy attitude but ultimately very predictable in a mmo did not enchant me in front of my screen, but hey there are "Bip" (censored) everywhere and you should not expect an attitude from them responsible. 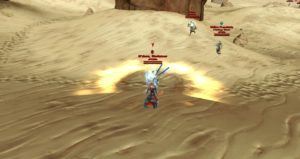 Despite everything, and if their initial idea was to be the boss rather than rot the others, they would have had the presence of mind to do what we did, which is to change the instantiation. We went from Tatooïne 1 to Tatooïne 2 and were able to redo the World Boss without meeting any Republican, and we were in fact able to get our little gifts as you can see in the image. These are epic level 126 PvE or PvP type (I thought I saw both). Also, if this gear is not useful to you, know that you will also unlock an entry in the Codex. 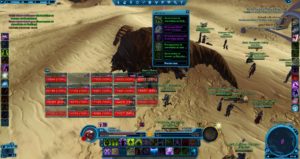 A big thank you to Tattoo (name predestined to organize this raid on Tatooïne) for having set up the Imperial group and to all those who were present who will recognize themselves on the screens, as well as to the Absolum guild who supported me psychologically on teamspeak ... 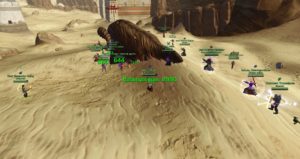