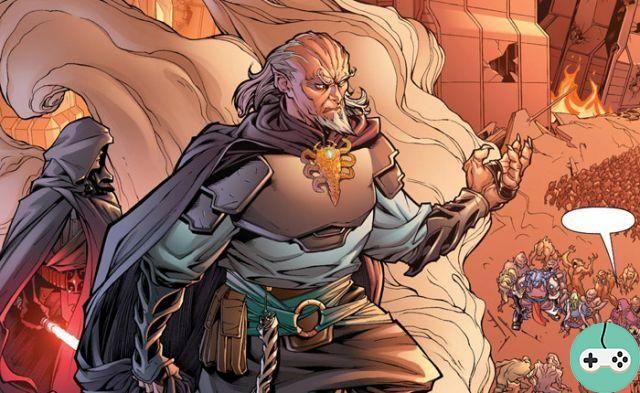 It is often said that the Sith have lost a lot to their predecessors. They therefore accuse their lack of collaboration and information transfer. But the Jedi aren't much better off. One need only look at the lives of individuals like Karness Muur to realize this. This ancient Jedi lived at the end of the Hundred Years of Darkness, about 3 years ago. A war that led to the split of the Jedi Order. He was one of the main leaders of those who wanted to surrender to the Dark side, and specialized in the creation of living weapons and monsters mutated by sorcery. After the defeat of his army, he was exiled far from the space of the Republic. Until their ship accidentally discovers the Korriban system, and meeting its inhabitants will make them Sith lords. Karness Muur was therefore one of the most important of this time, and continued his experience until creating a new breed. Creatures that still pose problems for the Republic and the Empire today. These are the rakghouls. 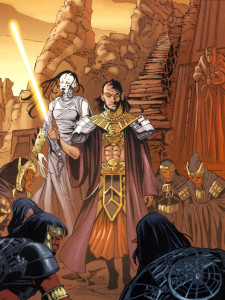 The original rakghouls, created by witchcraft, were very different from the rakghouls we know today. Physically, they were very similar. But they stood much straighter, could use weapons, and organized themselves much more militarily. They were deprived of personal will, tied to the talisman that had transformed them. But their proliferation was far too slow, and he could not transform some species. So he modified them so that the transformation was a consequence of a bite or a scratch. But after his death, his rivals took steps to limit the proliferation of these creatures. And none regained their control, giving them no higher vision to guide them. 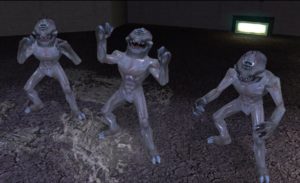 Three thousand years later, the rakghouls have changed a lot. The army is nothing more than a bestial, animal horde, and nothing more. Their presence is only attested on Taris, not far from the area of ​​the former Sith Empire. And again only after the construction of several floors of the city which covered the planet. During the Mandalorian Wars, the talisman of Karness Muur was found on its surface. A Mandalorian scientist took him with him to study him, but it backfired. Then his superior the Mando strategist Cassus Fett ordered the bombardment of the planet Jebble to prevent them from expanding further. The amulet thus disappeared under these circumstances. 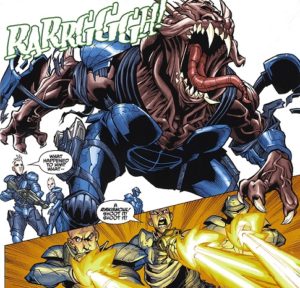 The events of Jebble being classified secret, the rakghouls are regarded only as a disease. A vaccine has even been developed for Taris, to prevent at the first signs of infection. But the bombardment of the planet by Darth Malak destroyed all traces of it. To recreate it, we would have to start from scratch. But it shows how much the perception of Karness Muur's army has changed. Although there are recent mutations, like the nekgoules capable of using the Force, they are no longer seen as mutant animals. Newspapers speak of an epidemic, not an invasion. With the two superpowers competing in the galaxy, the Hegeminia of Tion wanted to reproduce them to play the chemical weapons card, with a disastrous result. But if they hadn't been quickly stopped, who knows what damage they would have caused? How far could they have gone? 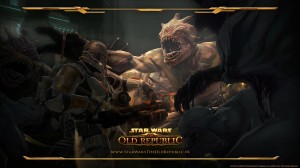 And even worse. What if they came back elsewhere? ...


Do you want to be up to date and know all the tricks for your video games? In gamesmanagers.com we enjoy playing as much as you do and for that reason we offer you the best tricks, secrets or tips for you to play non-stop. We offer you quality content and always updated to keep you up to date. That's why, in our website, you will find not only videogame guides but also tricks, secrets and thousands of tips so you can play to the limit. Are you ready to get it? Enter now and enjoy your videogame!
Sky Knights - Dominate the skies 4 vs 4 ❯

Add a comment from SWTOR - Rakghouls: the children of Karness Muur