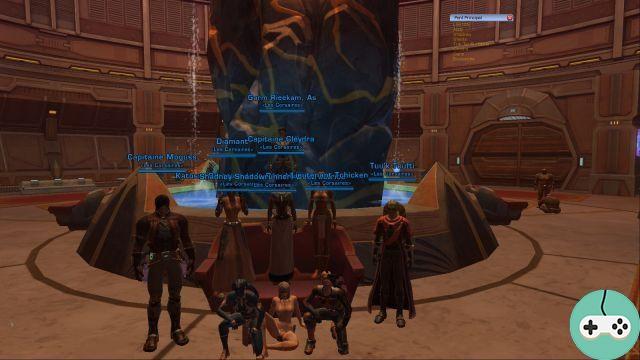 A few days ago, I told you about the casino night, organized on Battle Meditation, on the Republic side. Here is a little review by Sheris. 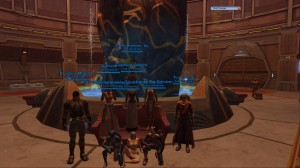 The Casino evening was a great success. We did not expect to have so many people (minimum 80 connected on Nar Shaddaa that evening while we expected ... a maximum of fifteen people).

There were so many people that we learned that Casino Vertica was an instantiated zone: at a certain time, players could no longer enter because there were too many players in the zone. I think there were at least forty people ... really minimum. Fortunately the Vertica Casino is very big!

We were a bit overwhelmed at the start by the number of players but they were all patient (we only had 3 pazaak tables that could accommodate 2 players in addition to the croupier) and understanding. The players arrived well in advance and did not leave until 2h30 / 3h later. There were nine of us to deal with Pazaak tables, security, drinks and entertainment. After the Casino evening, some gamers gathered at the Cantina des slines for an after party.

And here are some souvenir pictures of Rubys, Boutanche and Sheris: 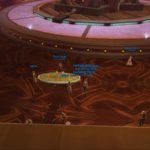 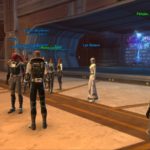 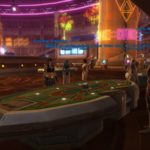 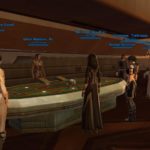 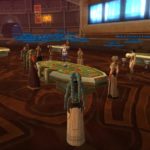 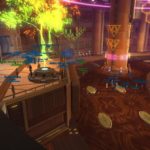 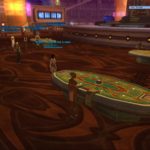 SWTOR - The Eternity Room for 4

Trailmakers - Will you take back some bricks?

Add a comment from SWTOR - Report: the Vertica casino-club