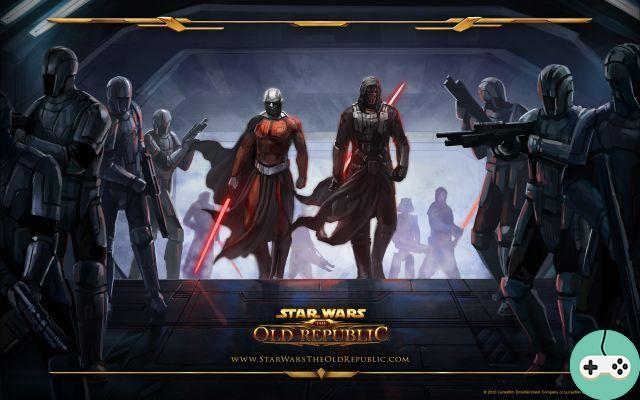 The Quelii sector is better known for planets like Cathar or Dathomir than for the world that gave the region its name. It must be recognized that his most important feat of arms remains to be the birthplace of a Jedi. Or a Sith, depending on your point of view. At the start of the Mandalorian Wars, when the Republic was not yet involved, this world was under attack. Among the refugees, the immigration services of the Republic make mention of a young boy named Alek and to whom they noted as the name of his native village: Squinquargesimus. When he was spotted by the Jedi, his fellow Padawans nicknamed him Squint, shorter and easier to remember. He befriended another apprentice who came from regions threatened by the Mandalorians, and who after having passed the tests to become a knight became the one who completed the training of his friend. This Jedi would soon be nicknamed by journalists as the Revanchist, and then later took the nom de guerre of Revan. And Alek was his only official apprentice. 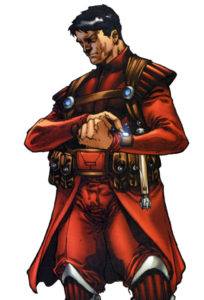 The Revanchist worried about the inaction of the Republic and the Jedi Council in the face of the threat posed by the Mandalorians on their border. He wasn't the only one, but he got so agitated that he became the meeting point for all who thought something had to be done. Having become a knight, Squint had followed his master and established himself as his right-hand man before more well-known and respected names in the Jedi Order. For the press and observers, he was number two in the group. He was also one of his main recruiters, who could be sent on his own to advocate with distant academies. He was also leading exploring groups near the front line, such as Suurja where he was captured by men of the Mandalorian science officer Demagol. He was doing a few experiments on the Flashpoint station to find out more about the Force. Squint lost all of his hair there, which never grew back. He was also stretched, his height reaching two meters. Who knows what would have happened to him behind if he hadn't been saved by Zayne Carrick, a padawan victim of a conspiracy accusing him of murder. Along with his missions for the Revanchists, he helped his new friend prove his innocence. It was on this occasion that he first used the nickname Captain Malak. And when his master took the nom de guerre of Revan, he imitated him. Now the galaxy would only know him as Malak. 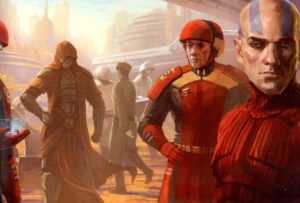 The capture on Suurja took place around the same time as the attack on the mining outpost of Vanquo, the first planet of the Republic targeted by the Mandalorians in this war. From a small crying wolf group, the Revanchists became the only Jedi forces concerned with the situation. And also the main force that began to help the army of the Republic. They even ended up being incorporated there as officers when Revan was appointed supreme commander of the Armed Forces of the Republic. And always, Malak was in his mentor's wake. He had been a member of the High Command of the Revanchists, he became a member of the High Command of the Republic and one of the most famous commanders of this war. During the final battle of Malachor V, Revan learned of the part played by Emperor Vitiate and his agents in the actions of the Mandalorians. He led a small group on a scout to learn more. Malak was one of them. They discovered Dromund Kaas and attempted to eliminate the leader of these Sith. But they were betrayed by their local contacts, and the two Jedi were tortured until they fell to the Dark Side. Having become Sith, they were sent back to the space known to the Republic with orders to conquer it. By partially erasing their memory, they succeeded in suppressing their conditioning. And it is for them that they undertook to seize these territories. 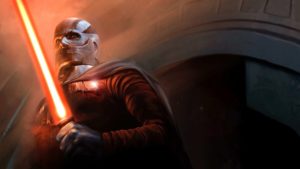 For the troops of their new army, Darth Revan and Darth Malak could count on the majority of the veterans who had followed them during the Mandalorian Wars. But for the ships? They retraced the trail of an ancient rakata factory, the Star Forge, and reactivated it. There is a rule among the Sith that apprentices eliminate their masters to take their place. It was on the Star Forge, in orbit of Lehon / Rakata Prime, that Darth Malak launched his first attempt. A monumental failure. During their fight Darth Revan cut off his lower jaw, forcing him to wear a cybernetic prosthesis. But he didn't kill him, giving him a chance to continue. As a Sith, Malak proved to be a ruthless military commander. He was able to raze a planet just to get a point across. Moreover, the greatest destruction of the Jedi Civil War is linked to its strategies. The only cause that has made him be patient is his search for opportunities to bring down Darth Revan. He will eventually find her when a Jedi commando takes advantage of a battle to board his master's cruiser. He ordered his crew to target this cruiser, decapitating his camp and clearing the way. 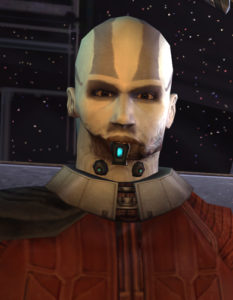 Having become the master of the Sith tucked behind the banner of Darth Revan, Darth Malak promoted Darth Bandon to the rank of apprentice and focused on capturing the Jedi padawan Bastila Shan. She had a power of combat meditation that had enabled her to stand up to Revan's strategic genius. She was also the one who had commanded the group that had boarded the Sith Lord's cruiser. An opponent of choice to bring down, therefore. In Taris orbit, he succeeded in trapping the Endar Spire where the Jedi was located and destroying the cruiser. But she managed to escape to the surface, and the search to find her took too long for her liking. He ordered the bombardment of the planet, destroying all the civilization that had developed there, without even bringing his troops back on board. A bounty hunter named Calo Nord informed him that Bastila had escaped again, and brought him further information about one of his companions. Revan was still alive, and protecting his prey. He sent Calo Nord then Dark Bandon after his former master, to no avail. When he finally could confront him face to face, he realized that the Jedi Council had erased his memory. It was therefore a less powerful adversary that he had to deal with. Bastila Shan sacrificed herself to allow her comrades to fall back and finish their quest. Captured, she was tortured to sink to the Dark Side and become Darth Malak's new apprentice. 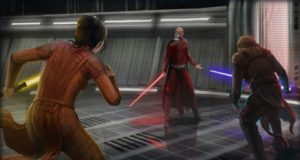 Revan and Darth Malak eventually found themselves at the Battle of the Star Forge. The amnesiac had accepted his identity, and was leading a Republican fleet bent on crushing the power base of their Sith enemies. Opposite, the factory had been transformed into a bastion, into an anvil the former apprentice hoped for while his fleet would play the role of a hammer. He relied on his new apprentice's combat meditation for this, but his old master brought Bastila back to the Light side. Then he challenged his former right-hand man to a duel. Before he died, Darth Malak realized he was not up to the task. That he had always been in the shadow of his mentor and that he was following a path laid out by him and perhaps even for him. In fact, it is the image that remains of him. That of a right arm crushed by the charismatic personality of a giant who is still cited as an example centuries later. Of him, what remains as an inheritance? That of the destroyer of Telos, Dantooine and Taris. Except that the first two planets were restored and that life resumed its rights a few years later. It was more difficult for the third, but only because of a political will that left it on hold. But while groups like the Revanites claim to be their master, they can always place themselves a cut above them. He is the only one to have officially received Revan's teaching, both as a Jedi and as a Sith.


Do you want to be up to date and know all the tricks for your video games? In gamesmanagers.com we enjoy playing as much as you do and for that reason we offer you the best tricks, secrets or tips for you to play non-stop. We offer you quality content and always updated to keep you up to date. That's why, in our website, you will find not only videogame guides but also tricks, secrets and thousands of tips so you can play to the limit. Are you ready to get it? Enter now and enjoy your videogame!
Paragon - Concerns about meta changes ❯