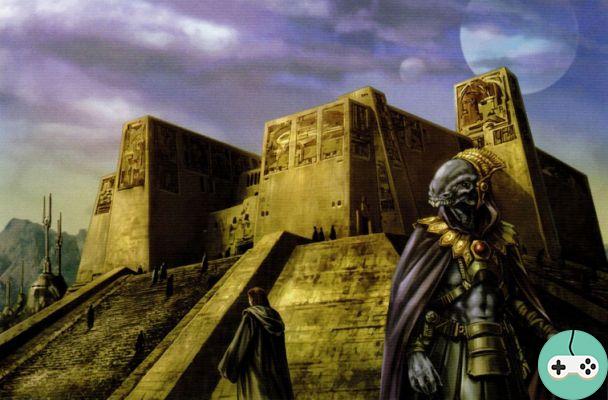 The longevity of a species allows its members to gain more experience and in some cases, more wisdom. This allows them to know how to react in more varied situations. An ability that some appreciate from their leaders. And if they are appointed to a position for life, they can stay there long enough to make an impression over several generations. They can thus modify the way of thinking and the culture of these subordinates with reduced life expectancy. The species of draethos has an average longevity of around 8 centuries. But the Jedi Odan-Urr managed to reach the millennium before he died. He is one of the most important figures of the Order between the Great Hyperspace War against the Sith Empire and the birth of the Brotherhood of the Sith. 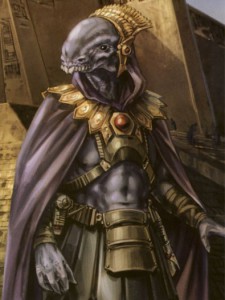 At the time of the Great Hyperspace War, Odan-Urr had barely finished his training. He had just left his master, the Celegien Ooroo, a renowned scholar of the Jedi center of Ossus. At that time, many Jedi served as political and military advisers to Republic leaders. He thus joined Memit Nadill in the service of Empress Teta. Thanks to his combat meditation power, the final battles of the System Unification Wars were finally won. The return to peace was greeted with relief by the young Jedi, but other threats came to worry him. He had visions of the coming conflict. Many did not take him seriously, but his relatives supported him. Based on what he had seen, Empress Teta prepared her army and was ultimately one of the main Republican forces in the conflict. Odan-Ur and Ooro were among the commanders who defended the system. The old master sacrificed himself for the victory, leaving a great sense of loss in his former apprentice. 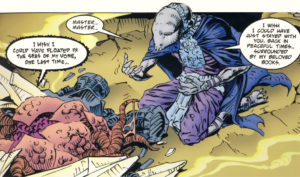 When the war was over, Odan-Urr took advantage of the military prestige of Empress Teta and she had him appointed responsible for the captured Sith cruisers to study them. This was the last job he did for her. Given its origins, its work did not focus on the technology used by the vanquished enemy but more on artefacts and signs of witchcraft. He even grabbed a holocron. Working in conjunction with the Jedi Council for security reasons, he returned to Ossus. As time helped, he was the last to remember this period. But even while his comrades were still alive, he was considered THE specialist in Sith culture. A dangerous knowledge, not to be put in everyone's hands. Being the holder gave it a privileged position. It served as a springboard for him to access the Jedi Council, and later to the rank of Grand Master of the Order. 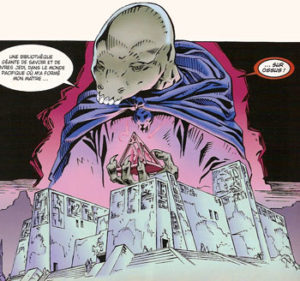 One of Odan-Urr's early work on Ossus was building a storehouse for Sith artifacts. From there he developed the Great Library of Ossus, the largest knowledge center in the Jedi enclave and also the largest built by the Order to date. This earned him the title of Master of Artifacts. Title that gave him a voice in the chapter in relation to the people authorized to approach the most dangerous elements of the collection. With the topic of invaders covered and sorted out, he turned to other topics for study. Notably the Jedi Code. The interpretations he made of it became the official way, almost a dogma (and this until the films). During his fourth century of life, he was also entrusted with the role of Spokesman before the government of the Republic. Then later he will become a Grand Master. Principal teacher at the main Jedi academy, he stopped taking private apprentices, contenting himself with giving private lessons to the most promising students. 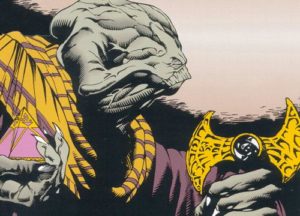 Odan-Urr's greatest failure was certainly his inability to explain to the younger, more impetuous generations the dangers of the Sith. A lesson that those he will leave will have to learn hard after his death. And they will have to learn it because of him. He was indeed the master of Freedon Nadd, who left the Jedi Order to learn the way of the Sith on Yavin IV and was the inspirer of the Brotherhood of Sith. Brotherhood of which Ulic Qel-Droma was one of the leaders, after he infiltrated the Krath. Odan-Urr tried to convince him not to do so, that there was a risk that he would get lost in his lies and become what he claimed to be. He had guessed what was going to happen, but failed to stop it. His last defeat against the Sith Brotherhood was against his leader, Exar Kun. He wanted to stop him from seizing the old holocron he held, but was killed without even the lightsabers coming out. He dissipated in the Force, like the great Jedi masters. Exar Kun later destabilized the galactic sector, making Ossus unlivable. The Great Library of Odan-Urr was thus abandoned, with most of what it contained. But the old master still retains some influence over the Order more than three centuries after his death: Jedi Temples are still built around a center of knowledge, and his comments on the Jedi Code are still one of the foundations of the teaching to apprentices.

add a comment of SWTOR - Sith Artifacts and Jedi Code