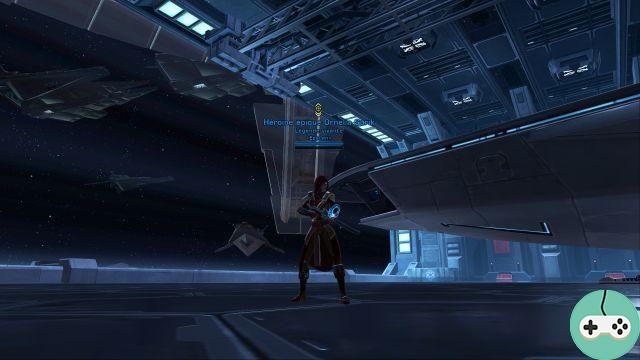 Hello, I'm Ornelia from the Epsilon Guild on the Mantle Of The Force server. Playing Sniper since his beginnings, I said to myself "what if I did a little knowledge sharing?". And yes, because sharing could make some people want to get into the Sniper, to take the plunge and take advantage of its formidable firepower. Well at least I hope this little guide can be useful. 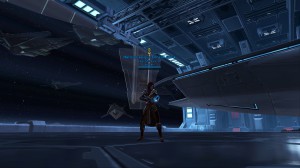 First of all, I want to say that this guide is not "THE" Guide, it is just for me to share what I know about the Sniper. I am open to any (constructive) criticism, which would improve this modest guide. Hope this helps some.

Good reading to one and all.

Here is the one I use. The 2% alacrity allows a better recovery of energy but also a faster activation of all skills. 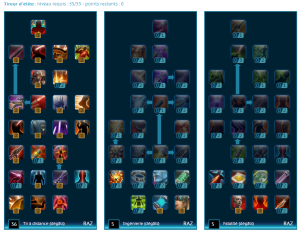 A rather special Variant which boosts the points of life of the Marksman. And then a "Good DPS is a DPS alive" as I have already been told. 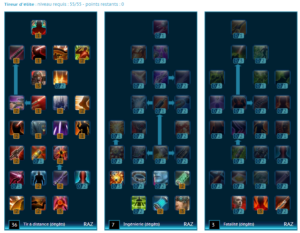 A variant that I used during a period of 1 month, if it can be useful on Operations in Normal mode, to lighten the healers, it is completely useless on Hard mode. Indeed the life that we take back is not important enough to be really useful (of the order of 400 every 3 seconds approximately with 38.000 points of life).

Information from Leni (thanks for the clarification): using this variable increases the chances of activating the effects of relics. This is because the healing given by "Decisive Regulator" is added as a chance to activate in addition to normal attacks / skills. 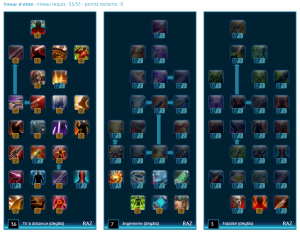 It is your top priority. You must quickly aim for 100% Accuracy from a distance. You can increase your score via the precision index. So why ?

Here is your second main statistic. The higher it is, the harder you will hit. It is linked to the Power index. So why ?

You must achieve a minimum Critical Chance of 25%. You can increase your crit chance with the crit index but also with the hint (main stat). So why ?

A Score of at least 70% will suffice in Sniper. The Crit multiplier score is directly related to the influx index. So why ?

The higher your influx, the greater your critical hits will be. With 70% Multiplier, it will cause heavy damage. 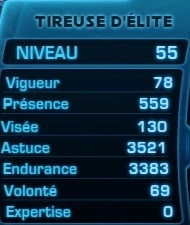 We therefore saw just before the headings to be reached in order to have a semblance of good damage. Now let's talk about useful stats and to prioritize as a Sharpshooter:

As an Agent, you use the trick as your main statistic, it has several roles:

Like all classes, you will use endurance, it will increase your health points.

While you should NOT put any modifications, sophistication, or armor in Aim on your gear under any circumstances, it is worth looking for datacrons that augment that. Indeed the Aim, like the Hint, increases your chance of critical strike, and slightly your overall damage.

Now here are the statistics that are completely unnecessary to your class:

La Presence andExpertise are two separate statistics. Indeed the first increases the effectiveness of your partners, while the second increases your resistance to damage against other players, and the amount of damage you inflict on them.

Your gear will influence everything you do, so choose it after taking a step back from the rest of the stats it gives you. What is offered to you next is a personal choice, it is not the answer to all your problems, or even a guide to follow absolutely. It's only what I use on my own character.

headset : headset with Critical Index + Influx. Thus, I was able to reach my cap of 25% critical chance.

Relics : Power and main statistic. Those that have a 30% chance of activating. Namely Unexpected Assault and Concentrated Punishment. Some will tell you to go get the PvP Relics, they are not wrong, but I personally don't have time to farm PvP.

For my upgrades, they are all in Endurance + Hint. So why all of them?

So, thanks to the exclusive use of the Hint on my buffs, I not only increased my crit chance beyond 25%, but I also greatly increased my regular damage.

The loss of damage from a distance is therefore largely compensated by my critical cap.

Ballistic Shield: Reduces damage by 20% of the entire party in an area of ​​20 yards (use only under enemy damage area phases).

Shield Probe: Absorbs a moderate amount of damage (to be used when recovering aggro, or regular damage taken).

Evasion: increases your defense by 100% and removes a negative effect (to be used to lighten the work of healers on certain bosses).

Distraction: 12 second cooldown, interrupts an attack on an enemy target (the classic "cut" on Mass Affliction).

Countermeasures: decreases the generated threat (to be included in the cycle).

Flash Grenade: puts up to 8 targets to sleep for a short time. It wakes up if you attack them (useful on large groups of enemies, so that the tanks take less damage).

Droid Hack: Put a target droid to sleep for 1 minute.

Cover Pulse: Throws and immobilizes all non-immune targets around you within 20 yards (useful for freeing healers).

Adrenaline Probe: Restores your energy (if you get your cycle under control you will never use it).

Escape: frees you from all effects that affect your movement speed.

Escape to Cover: Moves you forward quickly (during the roll duration you are immune to damage).

Rifle Shot: The basic attack, you will never normally use it.

Continuity: useful in the cycle.

Explosive Probe: Rarely used in PvE for its high energy consumption, it is useful in PvP.

Corrosive dart: useful in the cycle (if you manage to include it).

Sniper Volley: Removes the cooldown of Shots and increases your energy regeneration.

Series of Shots: useful in the cycle (1 Series of shots = 1 free continuity).

Weakening: Wounds and paralyzes a nearby target for 5 seconds at a range of up to 5 meters (to be used if the enemy is melee).

Slash: Wounds a target at a range of 5 yards.

Shattering Shot: Useful in the cycle (reduces the target's healing and armor).

Grounding: useful in the cycle (usable only if the target has less than 30% of life points / 1 Grounding = 1 continuity).

Suppressive Shot: Shoots at an indicated area, damaging all enemies inside (you will never use it, it consumes too much and damages too little).

Orbital Strike: injures all targets within its range and can even knock them down (to be used on large groups of enemies).

Amorphous Target: Grants a 100% chance that your next Sniping Shot will be a critical hit.

Legshot: injures and slows the target (useful in PvP, rarely in PvE).

Overloaded Shot: Immediately fire with moderate power (don't use this, consumes too much power).

First of all, I want to clarify that the cycles indicated below are the ones I use, there are different variants, but they almost all look the same. With the cycle that I use, I never run out of energy no matter the time during the fight. They therefore correspond to MY style of play.

So if some do not agree with these cycles, it is absolutely their right. Please comment constructively if you need to pick me up on cycles (thanks in advance).

The next cycle will be entered by imagining that we have just taken cover and all of our powers are recharged. Depending on when the target drops to 30% during your fight, all you have to do is resume from the stage closest to where you are.

It's yours ! Thanks for reading ?


Do you want to be up to date and know all the tricks for your video games? In gamesmanagers.com we enjoy playing as much as you do and for that reason we offer you the best tricks, secrets or tips for you to play non-stop. We offer you quality content and always updated to keep you up to date. That's why, in our website, you will find not only videogame guides but also tricks, secrets and thousands of tips so you can play to the limit. Are you ready to get it? Enter now and enjoy your videogame!
FFXIV - Legendary Yo-Kai Medal Guide ❯