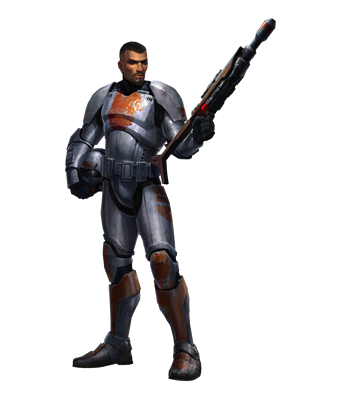 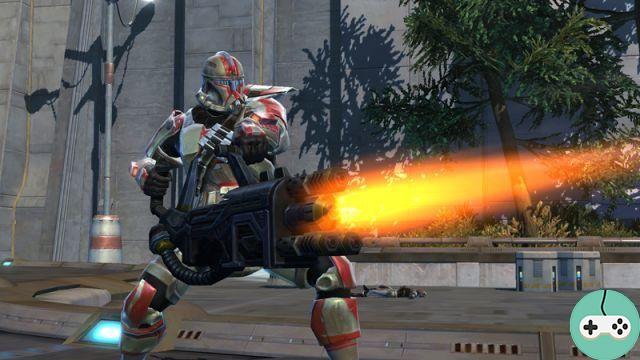 These soldiers embody the highest aspirations of the Republic Army, the most advanced fighting force in the galaxy. They are equipped to face any type of enemy in any type of environment. Their value does not come from their equipment but from their bravery. The greatest weapons of the soldiers are their steadfast tenacity, their infallible sense of duty and their eternal loyalty to their comrades as well as the ideals represented by the Republic. The stakes have never been so high as they are today.

The Republic must win or disappear. The future of the galaxy rests on the shoulders of ordinary men with extraordinary destinies. This is the way of the soldier of the Republic.

The experiments carried out by the Republic on a new generation of heavy blaster rifles have proven to be conclusive, creating a certain enthusiasm throughout the galaxy for heavier, more powerful, but also more versatile weapons. The handling of these war machines requiring a lot of force and training, these weapons are rarely used outside the military context. Republic Engineers have also put a lot of work into designing new defensive gear for elite Republic soldiers, including armor that ensures maximum protection and flexibility in various types of environments.

The soldier can take a lot of damage and his equipment choices are phenomenal. Although it has a few melee attacks, it is still much more effective at a distance from where it can riddle enemies with fire.

Vanguard soldiers will have to rely on very good armor as they have no healing spells. For commandos, it's a bit like the Swiss Army Knife of the Republic: Healing, heavy armor, heavy damage, crowd control. It's up to you to know how to master it correctly, the resource bar which empties quickly. 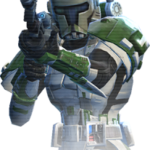 Courageous and fearless, the Vanguards rush into battle clad in their sophisticated heavy armor. They constitute the first and best line of defense of the army of the Republic. These steadfast soldiers ignore danger and deliberately line up to protect their allies and the innocent. Although their strategic role is inherently dangerous, Vanguards have a troubling survivability due to their special defensive tactics and the advanced technology at their disposal. 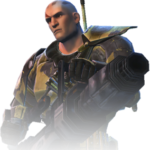 Trained in advanced attack weapons and strategies, Commandos spray battlefields with powerful blaster cannons, crushing enemies with raw firepower. Whether it's destroying an enemy bunker with targeted fire or repelling an Imperial attack in a hail of virulent blaster fire, the Commando's very powerful gear dominates the scene and devastates everyone.
those who have the misfortune of being within reach. The Republic owes many of its greatest military victories to the decisive acts of a Commando on the ground. 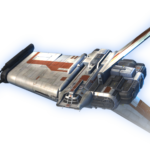 Hurricane BT-7 is the republic's largest and fastest attack craft, designed for rapid deployment in combat. The improvements desired by the special forces of the republic ensure the reliability of its performance and durability. State-of-the-art armor and heavy laser cannons provide exceptional combat capability; modular shield systems protect the Hurricane from enemy fire; and the design of the ship deflects blaster fire from vital components in the event of a shield malfunction. Besides its efficient military design, the Hurricane includes all kinds of interior fittings. The main deck features a state-of-the-art meeting room and command center, a secure weapons depot and a fully equipped medical bay. Bunk sizes are above average, and lounging areas improve the squad's quality of life on long missions. 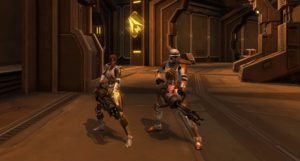 Overwatch - Jackal Guide: "A perfect day to fuck the box!" "