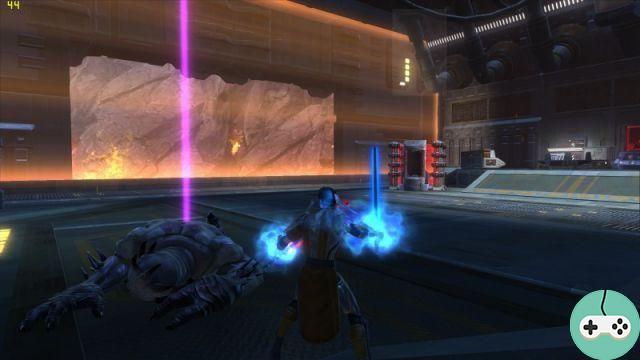 Yodelhnir, Sentry on Mantle of the Force, Dark Hand / Light Hand Guild, saw the subject posted here of the Black Hole Heroic Mission Solotage. He liked it and gave him the idea to do the same with level 50 Flashpoints in normal. It's a really nice challenge to take up (even if the principle of the MMO is multiplayer), it has thus made all the contentious areas.

As with the movies, Episode V is the strongest! (even if I personally have a weakness for the III, but in short ...)

Already, when I started to solo the zl, I was not sure to do even one, but after doing all the others, there remained the case of the lost island and if it is considered level 2 in HM, in NM also one feels the difference and it is necessary to work not to be crushed.

From the first boss, the "Putrid Shaclaw" we feel that the Doc will have to work hard to keep me alive. It takes the burst to death, slam all his defensive CDs one behind the other and pray that he falls before you, a very intense fight (less than a minute) but without the right to error: 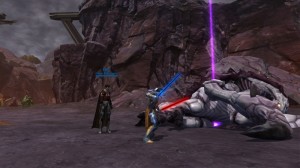 Then comes the best friend of anyone who has ventured to this lost island, a droid who has traumatized more than one. It is from this boss that the management of the fart will become capital as for "Mentor". Since the time that he accompanies me he still has not understood that one should not stay in the AOE !! What a lack of foresight! Suddenly you have to tell him everything: "get out of AOE", "do not go back to the AOE, you ...... !!!", "start taking care of myself again because there I am taking seriously dear because the droid stunned me just before the carbo and I couldn't cut it !! You could have ... no drop it! ". Finally, luckily the adds don't hurt too much ^^ 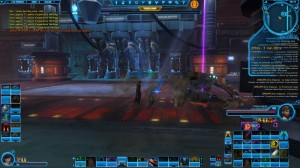 But strangely, it is not him who will pose the most problems in the end. No, the real challenge is him: the Sav-Rak Project: 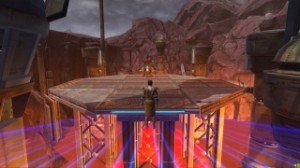 With him begins the wipe evenings worthy of a "Zorn and Toth", the phases on the pipes where he spits his green slime in our face dismantles us (and the companion with). So we had to invest because the Doc's columi / rakata was no longer enough. I had to buy him some Black Hole and some upgrades to boost it up a bit.

But once again, the real concern is the famous Sav-Rak bump, the one where you have to get right under your feet or else you dive into the lava. Think for a moment: what does your companion do when you stand in a specific location? Is it right on top of you? And no, that would be too easy ^^ no, his thing is to put himself at your side, like a faithful friend, except that there the faithful friend if he stays nearby he ends up charred 20 m below. The art lies in placing it under the boss and you with it ... and not forgetting to tell him to start healing immediately! How many times have I seen myself die and he who looked at me with his stupid look!

Because after 1M of credits spent on equipment, repair, stim and medipac (why I'm not a biochemist), he lays down his arms and to say that I was satisfied and relieved is an understatement 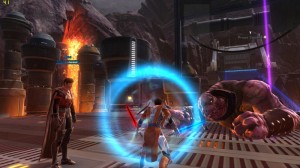 By the way, he traumatized me so much that I forgot a little one on the road, he looked ill, I preferred to shorten his suffering. 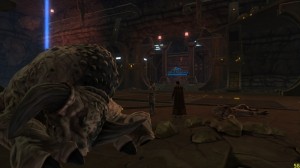 To be put in the same category as the bonus boss which made me a little sorry because even with my doc dead under a stalactite at 80% of the boss, I really finished it by myself for the blow, he almost got me hurts: '- ( 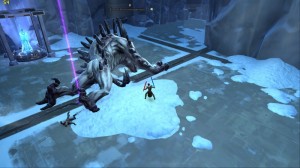 And now, after struggling with a hideous critter, war droid, and transgenic gorilla, the Lost Island's most invincible enemies: 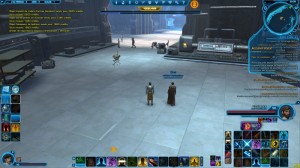 And yes 3 pov 'rakghouls and 2 medics! But if I had all the trouble in the world to kill a single one on the previous pack with inspiration, relic and doping, 2 doctors it's just impossible to lower them below 80%! And since the Sentry cannot control a living creature ... the pack is invincible! Fortunately, the sentry has more than one trick up his sleeve and has a stealth of 4 seconds, enough to pass this pack: phew! Finally, here is the main course, Professor Lorrick himself! 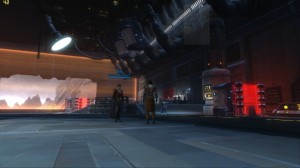 Less impressive than Sav-Rak, it will be no less formidable, especially with, I give it to you in thousand: the AOE that you must avoid, obviously but that your fart must avoid too! Once again, the management of the fart is hell: 1 second too early and you will die for lack of care, 1 second too late he dies miserably in a puddle of snot. Hell, I tell you, just for that the challenge of the lost island was great, especially as when there is Lorrick it is already not easy to hold, when his "children" come out and you "wreck" it. mug just after a stun, I miss the words ... You really have to prioritize the vats by keeping your strongest shots on it and finish it off as soon as it comes out otherwise it's done. But by doing that Lorrick goes down slower and you make one more tank .. Finally, once phase 1 has passed, it becomes easier and you have to go down quickly, especially after his last transformation after which he stuns every 5 seconds. and pose debuff, the Doc has to keep up. But it's done: 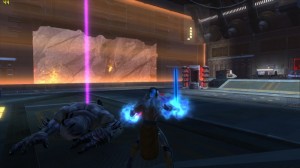 This time it is there, all the normal Flashpoints are done solo, a real challenge that I really liked, I invite you to give it a try! You will see, the operations seem so much easier afterwards ^^

In conclusion, let us thank the one without whom all this would not have been possible: 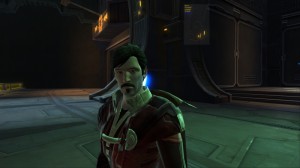 Dishonored 2 - How do I play "Light Chaos" mode?

Add a comment from SWTOR - Solotage: The Lost Island