After the revisited soundtrack and following the excellent cover made from the cutscene of The Old Republic set in Alderaan, here are some examples of fan films and other video discoveries.

As for the articles dedicated to the soundtrack remixes that you can find here and there, I will regularly share with you my discoveries of fan videos having references from the Star Wars universe with some bonuses. So do not hesitate to share your discoveries with me, they will be incorporated according to their interest in the next episodes.

The favorite video of this 1st article is of course the resumption of the introductory cinematic of Star Wars the Old Republic "Hope" (or "Hope" in English) made in Spain (cocorico ^^) and directed by Michael Schaack by VFX Production.

The scenes were shot in Woippy in the suburbs of Metz, at Fort Gambetta and fairly well take back the sets from the original.

2 small downsides however: the absence of Satele Shan and the hoods which replace the helmets.

Zoom on… How to make the effect of a lightsaber?

If you feel the soul of a creator and you want to make a film including "Star Wars" effects like the piou piou of the blasters or the light emitted by the lightsabers, I found on the internet a complete article which details, examples in support, how to reproduce the effect of the saber with the software Adobe After Effect: article lunerouge saber laser 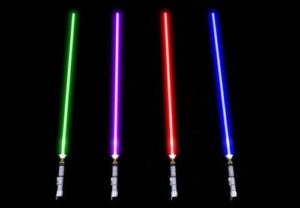 There are also many video tutorials on Youtube or Dailymotion.

Kheltaran, a loyal reader of SWTOR-GUIDE, shares his discovery with us:

“While some of us are battling virtual lightsabers thanks to their avatars on swtor. For others it is serious. Like this Jedi named Ryan who, lightsaber in hand, protects our galaxy from the Sith. Here are some videos of his memorable fights. "

To follow on their site or in a future article for other great fights.

A little humor in this world of Siths ... 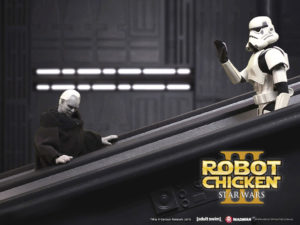 To finish on a slightly funnier touch, here is a little gag video where the poor Emperor Palpatine has not finished drooling ...

See you soon for new videos!

Add a comment from SWTOR - Star Wars revisited in video 1