SWTOR - State of the Galaxy 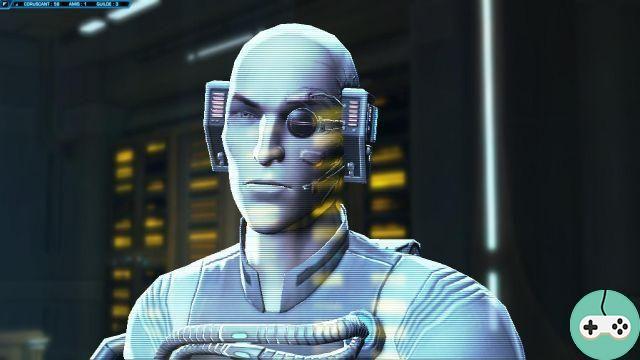 The Shroud made a mistake. A report sent to his subordinates was hacked by the "Official Forum" group. Their level 25 encoding is not as good as they thought. The information compiled here may be gathered from other sources. I did it myself. But the fact that it has such a wide view remains impressive. And such a summary is never unnecessary. This report is divided into three parts: political perspectives, important places and losses. This last one is particular, it is the only one unpublished since it is about a list of agents which the Shroud lost lately.

Political perspectives: The Shroud is very well informed about the actions of the three great galactic factions: Empire, Republic and Cartel of the Hutts. I had already written a report on the subject after Makeb. His analysis agrees with my predictions: the Empire is strengthening, the Republic suffers the repercussions of its conflict against the Cartel and the latter has seen its power too reduced to be still a significant threat.

Important places: The Shroud keeps an eye on all the battlefields where Republic and Empire troops have been deployed: Makeb, CZ-198, Oricon and Kuat. His information is disparate. For example, he is aware of the Empire's presence on Makeb, the rescue of the planet, and work being done on isotope 5. But on Oricon, he only knows that the Dread Masters threat has been neutralized. . He also keeps an eye on Quesh and the Huttball arena that must be open there. He even thinks of using it to recruit.

Losses: As I specified previously, the Shroud makes here a list of its last missing agents, giving an overview of its last activities: an attempt to destabilize the Chancellor of the Republic, infiltration of the Republican Senate, of the army and even of Korriban Sith Academy. GenoHaradan is suspected, but it could also be a new player entering the game. Business to follow, even to dig.


I recommend the detailed study of this report. Darth Onidra will need it to rise further in the Empire's hierarchy, as will anyone who wants to keep tabs on what's going on in the galaxy. I am counting on you to transfer this information to whom it may concern. I resume my surveillance.

Below is the link to the complete file.

add a comment of SWTOR - State of the Galaxy