SWTOR - Summary of the 5/01 livestream 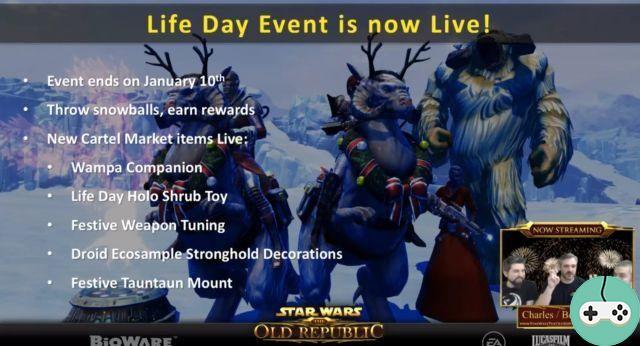 Star Wars: The Old Republic is now 5 years old and has evolved a lot since its release. At the start of the fifth year, the Bioware team looks back on the future of the game with a livestream that addressed the following points:

Anniversary rewards are already available through a vendor on the Imperial and Republican fleets. This seller gives access to the following rewards: 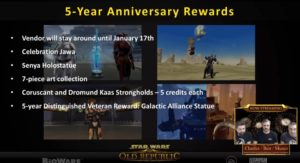 This seller will be present until January 17, so take advantage of his presence to collect these rewards before they become permanently inaccessible. In addition, at the end of the year, the day of life event is back. The sellers will only stay until January 10, however.

The content of this update has been relatively well known for some time with the implementation of the master level on the chapters, the arrival of 5 new uprisings and the announced changes to the galactic command systems. Here is the list of uprisings and the types of cards they are inspired by: 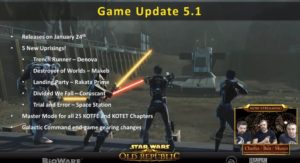 This future update will be released on January 24, 2017 and will also see the allocation of Season 7 rewards which have unfortunately been impacted by investigations into the fair play of players in the top 3 rankings.

The changes we already talked about in our guide to galactic command have been confirmed. If the system is still in monitoring state, the basics of its operation have already been specified. 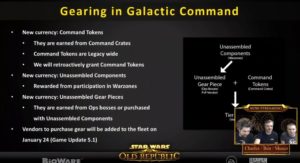 Equipment vendors will be added with 5.1 on January 24, and the next livestream will take place on January 26. It will concern the next updates to come by March.

Add a comment from SWTOR - Summary of the 5/01 livestream