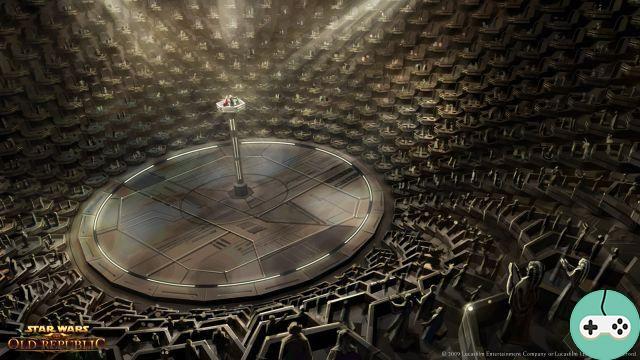 The Senate is one of the oldest institutions in the Galactic Republic. This body, bringing together delegations representing each member, was originally intended to regulate the relationship between different legislations. Several crises required a much stronger centralized power, transforming this advisory council into the legislative and executive authority of a federalist state. And at its head, the President of the Senate better known as Supreme Chancellor. The top of the republican power, it is him. He cannot be elected for more than two successive terms, limiting the influence in the History of a single individual to ten years or so. The Great Galactic War which followed the return of the Empire having lasted nearly thirty years, several characters succeeded in this post. Last on the list was the mon calamari Berooken. Unfortunately for him, the mark he left in history was that of a victim. Everything was looking good, however, the balance of power between the two belligerents turned to the advantage of his camp. So much so that the enemy sent a request to open peace negotiations. The greatest moment of his young mandate. A delegation of senators and Jedi was sent to Alderande for these negotiations. A trap in reality. An Imperial raid attacked Coruscant and took the world hostage to force decisions on their own terms. Berooken was even assassinated by General Sith Dark Angral, an execution which aired on the Holonet. Like a symbol of the Republic on its knees, its ravaged institutions. 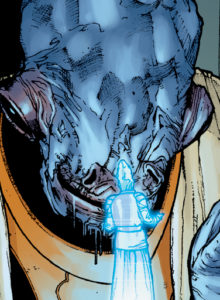 The cereal Paran Am-Ris was the head of the delegation sent to Alderande. A position that made him a direct representative of the Senate. When Berooken died, he was the only official who could afford an interim. The surviving senators were too disorganized for anyone else to step in. Either way, this was not the time for an ambitious person to step forward. The terms of the new treaty, dubbed the Treaty of Coruscant, were so one-sided that they could only be unpopular. And Paran Am-Ris had been the main signatory of this humiliation. Better let him impose what he was already damned for. Let him suffer the popular opprobrium for this unexpected reversal. And also having to explain why certain worlds like Rodia and Alderande chose to leave the Republic. Or to order armies to go and subdue the rebels who refused the conditions of peace. It is up to him to endure the storm and maintain the helm in these difficult times. And when everything was reorganized enough for the election of a new official Supreme Chancellor to take place, he was asked to step down. And it was ultimately Dorian Janarus who was elected to the post. 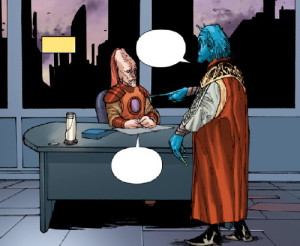 Senator of Coruscant, the new Supreme Chancellor certainly took advantage of a surge of sympathy towards his world to get elected. But there is also more to it. Otherwise, he would not have been able to serve a second term. Quickly, he was able to ensure the reconstruction of Coruscant ensured by a large number of systems, using it as a symbol of the unity of the Republic. He was able to give confidence to those who doubted, without bringing the parties back into his fold. Playing the score of the quiet, calm and fair man, reassuring. Although there is a strong anti-Jedi current, which has driven the Order into exile on Tython, Janarus retains some ties to them. One of his closest advisers is also an important member of the Order's hierarchy, Master Jun Seros. He does not hesitate to call on them in certain situations, such as when Master Oteg has been appointed head of the fleet or when the third Barsen'thor has become his representative to the secessionists of the Rift Alliance. On the military side, he was at the origin of the Corsairs of the Republic to recruit smugglers like those who had pierced the Blockade of the Hydian Way. His mandates will also be marked by the opposition of the most hot-tempered senators and the military, who criticized him for a certain lack of aggressiveness towards the Empire. It all ended in great chaos. As the next election drew near, his departure flawlessly, the war resumed. Under the influence of the Sith, Corellia demanded its independence. Janarus rushed to the planet to convince his government to reverse its decision. At the same time, a scandal spattered the master Jun Seros, implicating certain resources of the Chancellery. A scandal such as he swept away everything he had been able to do during these last ten years to leave only an image of him as a manipulator. He admitted the facts and resigned his post. No more political future for him. He was thus relinquishing power to his political enemies. He didn't even leave Corellia, disappearing as his cruiser faced that of the Sith Darth Tormen. 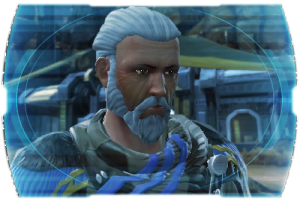 Very young, the twi'lek Leontyne Saresh was enslaved by the Empire. She escaped, but this part of her life conditioned her future direction. She got involved in politics and quickly rose through the ranks to the Galactic Senate. Where she distinguished herself by being one of the most virulent voices against the Sith enemy. While the Treaty of Coruscant imposed a certain pacifism, she became the spokesperson for the opposition. And the main opponent of Supreme Chancellor Janarus. Embarrassing but unavoidable. So to avoid it, we give him a prestigious but distant position. His ancestors once lived on Taris? She is the ideal candidate for the post of Supervisor seconded by the Senate and Governor for the Restoration of Taris. Be careful though, because if she did well, it could increase her stature. And she was doing so well that when the Empire attacked the planet deemed too close to her sector, she had enough to run for the next election for the post of Supreme Chancellor. That they were anticipated was not a problem. The war that had just resumed required a leader for the long haul, not an interim whose every action should take into account her upcoming replacement. She took up her post during the Battle of Corellia and had to reward the heroes for this victory. However, the prestige that came with it was not really to his advantage: the decisions and the officers in charge had been taken over by his predecessor. She was in the post she aimed for, that of Chancellor leading the New War, but she needed great victories to ensure her policy. After having appointed a new commander-in-chief, she wanted to open another front on Makeb, against the Hut Cartel. The result was mixed, although the minimum sought was reached. He had to formalize the death of the Emperor, which had taken place after Corellia, to complete his success. At the moment, she is waiting for a new opportunity. Barring a disaster, it still has all the rest of its mandate to find. 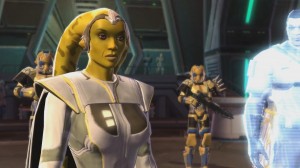 Small note: the work of Georges Lucas during the writing of the first Star Wars film mentions four-year mandates, which can be extended in times of crisis (for a total of twelve non-renewable years). However, the Prelogy contradicts these elements because ten years pass between Episodes I and II without a crisis justifying an extension. This will be used during the Clone Wars, one of the Jedi's arguments against Palpatine during Episode III being that he did not organize an election to succeed him despite the end of his term.

Add a comment from SWTOR - Ten years in the Senate