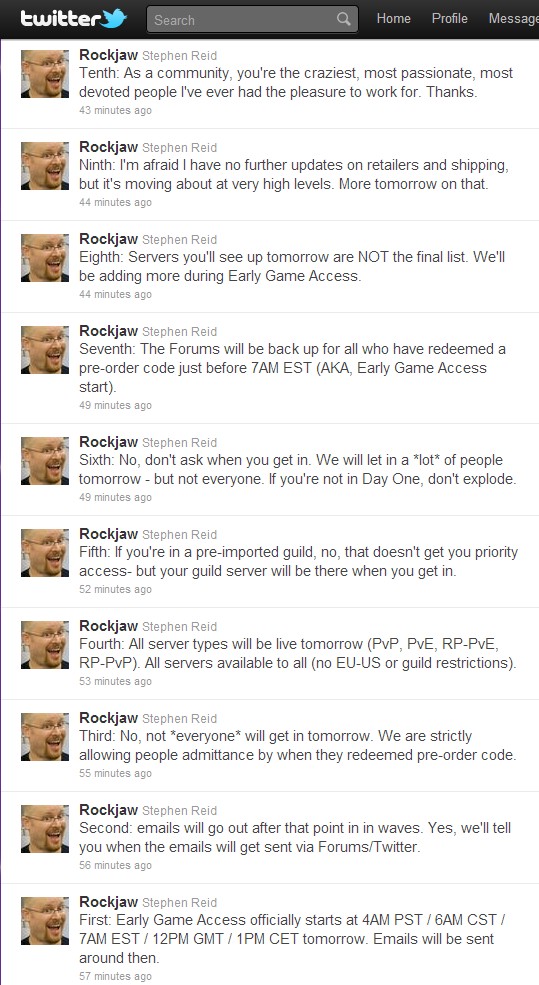 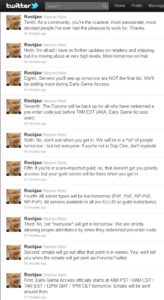 Here is a recap of Stephen Reid's Twitter posts about theearly access at Star Wars: The Old Republic. This will undoubtedly clarify the situation in the eyes of a number of us ^^

2e: After this point, the emails will go out in successive waves. Yes, we will tell you via twitter / forum when the emails go.

3e: No, * not everyone * will start on the 13th. We will give Access to people directly based on when they activated their pre-order code.

4e: All server types will be in operation on the 13th (PvP, PvE, RP-PvE, RP-PvP). Everyone will have access to all servers (no US-EU restrictions).

5e: If you are part of a pre-imported guild, no this will not give you priority access - but your guild will be there when you log in for the first time.

7e: The forums will be back for anyone who activated their pre-order code just before 1:XNUMX a.m. CET (i.e. from the start of Early Access).

8e: The list of servers that you will see on 13 is not final. We will add more during Early Access.

9e: I'm afraid I don't have any fresh news about distributors and deliveries, but believe this touches us at the highest level. More info on that tomorrow.

10e: As a community, you are the craziest, most passionate, and most dedicated players I have ever worked with. Thank you for everything.

SWTOR - 3.0: All our guides and overviews