SWTOR - The Battle of Balmorra 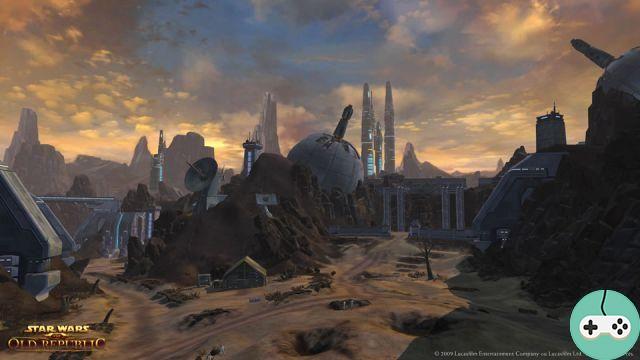 Planet Balmorra has been an industrial center since its colonization and its entry into the Republic. Which dates back several thousand years. Which is why the Sith Empire attacked it and strived to conquer it from its earliest forays into the Colonies and the Galactic Core. His battle droids and other technologies developed here made this world necessary for the war effort of the side that would rule it. But from the Treaty of Coruscant, the history of the planet will be written in reverse of that of the galaxy: the Cold War will be for her a period of continuous combat and the return of the War will bring her peace.

It was in - 17 before the Treaty of Coruscant that the first imperial attack on Balmorra took place, led by Admiral Ivernus. Agents were dispatched to the fully automated Okara Droid Factory to implant a virus. The new creations turned against the Balmoreans. Other hacks took place, such as the reprogramming of civilian and military security systems to turn planetary defenses against those they were meant to protect. An unintended consequence was the release of mutant colicoids which created a third front which initially served the disorganization efforts wanted by the Imperials. The subsequent bombardment opened the way for them. Many chemicals were released, intentionally or not, polluting many areas. Opposite, the Republic entrusted General Tgruta Buryn with the organization of the defense of the planet. In a conflict which was taking on a more classic appearance, he knew how to reorganize the local troops and present an effective opposition. If he was unable to drive Ivernus' troops from the planet, he still denies him victory. It lasted 17 years, until the end of the war. In the meantime, many other planets had fallen and sometimes recaptured. 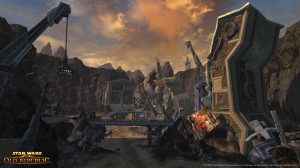 When the Treaty of Coruscant was signed, the Imperials had trapped the Republic in order to have the upper hand. Among their demands, certain planets were to come under their control. Balmorra was on their list. General Buryn was forced to leave, which many of his subordinates did not like. The Empire had negotiated with some of the local corporations that formed a submissive oligarchic government. The official capital remained Bin Prime. But the effective power was in the hands of the imperial governor installed in Sobrik. A post where fourteen people have succeeded in a decade. In addition, Admiral Ivernus remained the main military officer present. Installed in his cruiser in orbit, he still led the forces that had invaded. Opposite, several independent resistance movements began to form. From the bosses of conglomerates and industries who refused to change sides to the workers and former soldiers who continued the fight, all layers of the population were involved. Some movements have merged to become more powerful, others have remained in competition. A hydra that always saw heads grow back when one was cut off. But groups that also needed outside help to resupply themselves with weapons and training. Some have turned to resistance or terrorist groups internal to the Sith Empire. While others leaned on Republicans who saw Balmorra's abandonment as betrayal. Many more or less paid mercenaries thus came to strengthen their ranks. Fourteen governors, and none have succeeded in eliminating this Hydra from the Resistance. 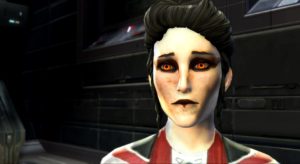 The fourteenth governor of Balmorra was Darth Lachris, a Sith who apprenticed to Dark Council member Darth Marr. When she took up her post, the main Resistance movement was led by Grand Marshall Cheketta, a retired former Grand Officer of the Republic Army (the rank has not been translated but corresponds in spanish to that of Marshal , symbolic rank above generals). A large number of former soldiers under his command had come with him, generals as well as ordinary commandos. Even Jedi have been seen around him. The Sith Empire immediately exploited in its propaganda the possibility that Cheketta was here on commissioned service. What Coruscant has always denied, even after his death. The former officer had taken refuge in a factory in the Balmorran Armories on the Sundari Plains. Another victim of this attack: Vol Argen, Minister of Defense of the last independent government on the planet and the last major political representative of the Resistance. A great victory, and Darth Lachris was quick to announce that the Resistance was finally eliminated. But at the same time, she was also losing Admiral Ivernus. He had always treated the Mandalorian mercenaries under him badly, and they had seen no problem placing his name among the targets of their latest Great Hunt. A loss which augured certain difficulties to come. 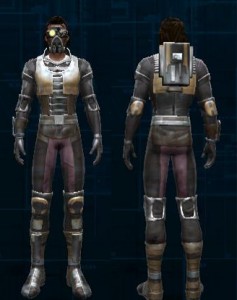 The Resistance had lost a lot because of Darth Lachris. Of Grand Marshall Cheketta's troops, only a few officers remained. The main movements regrouped towards Vermineville, an area so baptized because it had come under the control of colicoids. But it was outside the planet that the greatest changes took place. A few months after Darth Lachris' victory, the mighty Commander Darth Baras failed to shatter the peace between the two great galactic powers. It was too early to end the Cold War, even if it was not far from it. On each side, resolutions were taken to show its strength. The Empire drove out the Republican colonists from Taris. And the Republic gave its support to re-establish the Resistance of Balmorra. The officer in charge of driving the Sith and their subordinates out of their main access to the Galactic Core was Commander Cassius Madine. Among his supporters, he received help from the Jedi, but also from the Special Forces with the Chaos Squad. He restored a level of requirement that had been that of Grand Marshall Cheketta a year earlier. But he saw the Resistance as a simple support that had not been sufficiently proven to influence the direction of the battles. If possible, he preferred to recover the weapons developed by the Sith intact in order to turn them against them. This could only worry the resistant leaders, unwilling to change one domination for another. 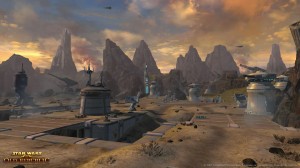 Tai Cordan was Secretary of State for Commerce and the youngest member of Balmorra's government at the time of the Treaty of Coruscant. He had spent the next decade in exile, trying to convince the Republican Senate to help his planet. He ends up joining a group of senators and representatives of neutral planets unhappy with the management of Supreme Chancellor Dorian Janarus. He ends up asking the Barsen'thor Jedi to represent him within this Rift Alliance and to give them faith in the Republic. The first destination desired by this Alliance? Balmorra, to free her from the Sith Empire and put Tai Cordan in charge. The Resistance movements are reluctant to line up behind this exile who has not remained fighting like them throughout these 28 years of conflict. But a compromise is found when it is discovered that the last President Retheus Galthe is still alive and a prisoner of Darth Lachris. The Barsen'thor and Resistance Leader Zenith set out to free him, eliminating the Governor in the process. It fell in exactly the same place as Vol Argen a year earlier. But the escapee is in too bad a condition to resume his functions effectively and Tai Cordan becomes the effective leader of Balmorra. Known on Coruscant, supported by this rising star that is the Rift Alliance and with in his government the leaders of the Resistance capable of making the link with the masses, he has enough assets to give his planet back the place that she had before the arrival of the Sith Empire. And this, without going through the military government hut towards which Commander Madine seemed to want to go.

The Battle of Balmorra therefore lasted 28 years, from -17 to 11 after the Treaty of Coruscant. The last years, however, were supposed to be linked to galactic peace. A few months later, war resumed between the Republic and the Sith Empire. Following pre-established plans, the Imperials did not take into account the recent loss of this planet and therefore did not seek to recapture it. On the other hand, the Republican army has taken advantage of this change of allegiance. The military droids of the Balmorean factories have come to strengthen the ranks of the soldiers for a more powerful military force. However, the first clashes ended in their favor, as on Corellia. The resolution of the Battle of Balmorra was therefore a key element in the war between the Republic and the Sith Empire.

FFXIV - The Thousand Maws of Toto-Rak

Add a comment from SWTOR - The Battle of Balmorra