SWTOR - The Battle of Ilum 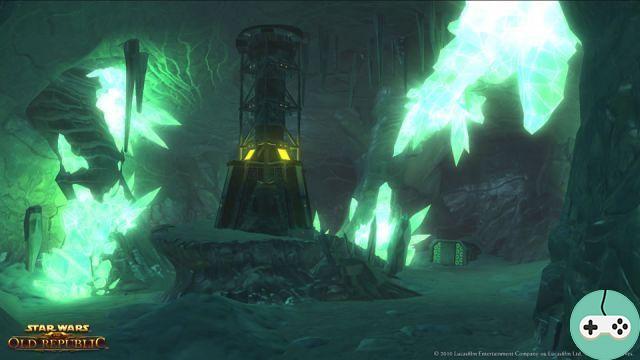 The Sith Empire planned to begin the resumption of war against the Republic with a grand and prestigious victory over Corellia. But the battle did not go as planned. Despite a spectacular advance at first, the defeat against the counterattack was just as much. Several members of the Black Council died on the spot. The resulting image is disastrous, and it is impossible to stay on it. The defeated troops were reassigned under the command of Dark Arho, successor of Darth Baras to the Black Council as head of the Sphere of Military Crimes (translation failed, Military Offense can also designate the Military Offensives). His second was Grand Moff Ilyan Regus, the highest ranking officer in the Imperial Army. Finally, the fresh troops of Darth Malgus completed the numbers. Three very different officers: an ambitious young man having to prove that he is the right person, a traditionalist often regarded as a second choice and a charismatic and prestigious commander barred politically. 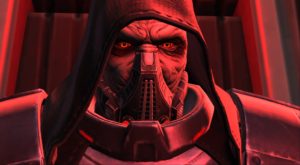 The chosen target was the planet Ilum, in the Unknown Regions. Far from any trade route, it was not at first glance a prestigious choice. The main settlers there are a Kaleesh settlement and a Jedi temple. The latter had settled here because the frozen plains are filled with adega crystal formations. That is, natural crystals to obtain a lightsaber blade. But Imperial scientists have developed another outlet: a camouflage device capable of rendering an entire cruiser invisible. Destroying a Jedi stronghold is a highly symbolic act that can redeem lost prestige. And building up a reserve of adega crystals to supply its invisible fleet would be a highly strategic element for future battles. Darth Arho set up his battle plan. His troops swooped down on the Jedi Temple, driving out its occupants. He made it his headquarters for the rest of the operations. 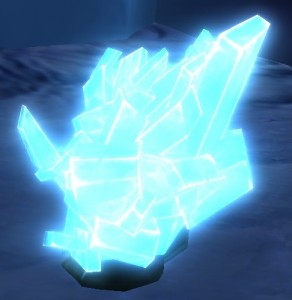 The Republic obviously could not stand idly by. Supreme Commander Rans, chief of the army, rounded up the victorious forces on Corellia. But Dark Arho was waiting for him. He was not interested in the meager defenses led by Jedi Council member Jaric Kaedan and Admiral Shai. He left them in the north to Grand Moff Regus and turned the majority of his forces south against the new arrivals. Darth Malgus was confined to orbit, too unpredictable and too powerful for his two superiors. A frustrating situation, but one that suited his own plans perfectly. Because he had a plan in preparation, and was just waiting for the opportunity to put it into practice. 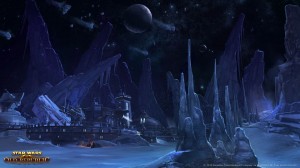 Deprived of most of the forces with which they had arrived, Grand Moff Regus had to call in a call for volunteers to the Vaiken spaceport. This supply of fresh troops was limited, but sufficient. He didn't want to depend too much on Darth Malgus, who could already afford to use his status as an important Sith lord to interfere in the management of the plans. These newcomers brought down the last Jedi stronghold of Jaric Kaedan, and with it Satele Shan's mainstay in the Jedi Council. Admiral Shai took refuge behind experimental weapons like the ELX-25 cannon. In vain. Resistance eliminated, he made his outpost the base for the conquest of the first crystal mines and emptied the Republic's reserves. 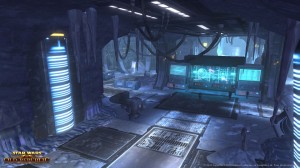 In the south, the battle did not turn out so well for the Empire. Darth Malgus transmitted several vital information to Commander-in-Chief Rans. The Republicans were thus able to recover certain mines and to bring down several defenses of Dark Ahro. An attack from the Republican base to capture their leader barely slowed down. He was freed before he betrayed any secret. The Dark Council member lost his apprentice and ended up defending his life at his base in the Jedi Temple. Too sure of himself, he claimed victims in his own ranks, weakening his defenders. Upon his death, his subordinates fell back to the position of Grand Moff Regus. There were only two groups left facing each other. But their clash did not come. 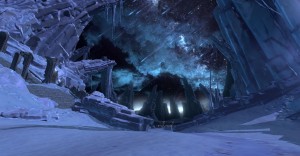 The fighting ended abruptly when Darth Malgus made a big announcement about the Holonet. He denounced the failings of the Black Council and the Emperor, whom he accused of recent setbacks. According to him, a new Empire was to be born, based more on talent than on origin. And of which he would be the new emperor. It was his troops who had plundered the Republican reserves of adega crystals, so it was he who had the invisible fleet. A threat that neither of the two armies could let pass. They therefore stopped firing at each other to attack the New Kingdom on two uncoordinated flanks. A commando even succeeds in capturing the shuttle of Darth Severin, Sith sorcerer diplomat and Darth Malgus' right-hand man. This allowed access to the former space station of the Emperor Vitiate recovered for the leader of the New Kingdom. The commando succeeds in reaching Darth Malgus and eliminating him. The station was destroyed, and this attempt at dissent nipped in the bud. 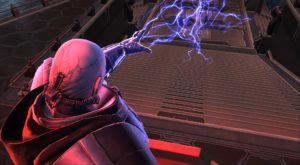 Darth Malgus' betrayal ended the Battle of Ilum. For the Empire, too many prestigious commanders had died for symbolic victory to work. And the strategic objective has been dashed by too rapid and simultaneous use of these invisible cruisers in the hands of a traitor. The stake was no longer worth the price to continue, and Grand Moff Regus withdrew most of his strength. There remains only a garrison too weak to pose a problem. The Republic can afford to ignore it and return to larger theaters of action. A beachhead that allows the Empire to return if needed, like when an ancient Gree ship catches the attention of the galaxy by landing on it.

SWTOR - The origins of server names

Add a comment from SWTOR - The Battle of Ilum