SWTOR - The best movie of all time 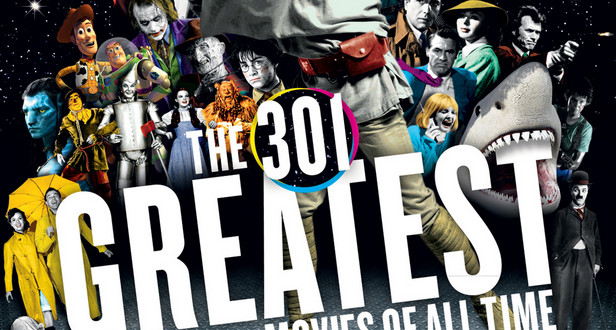 Empire is a famous English magazine which deals with cinema. For its 301st issue, it has just asked its readers to vote for the 301 best films ever to be released in theaters. And the ranking is published in the June issue (and on their site you can find the link at the very bottom of the article). And the least we can say is that there are beautiful people. The choices are quite eclectic too. There are recent films as well as old, even old silent black and white. Great directors and others who have forgotten that you need a script behind the special effects of a summer blockbuster. Films from several origins and countries, including Spain (which is not won in an Anglo-Saxon ranking). Comedy, adventure, action, thriller, cartoons, superheroes, fantasy, science fiction ... And in the middle of it all, Star Wars is well placed with four episodes in the 301. I'll let you guess which are the two failures. I'm not going to list all the movies for you, it's quite long. But the top 10 often remains the most interesting in these cases: 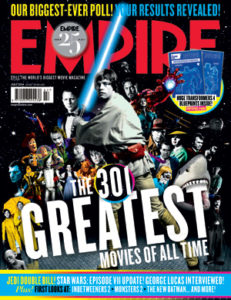 What do you think of this ranking? Is it to your liking? Or on the contrary do you find it completely absurd? For more details, you can find the full list below.


Do you want to be up to date and know all the tricks for your video games? In gamesmanagers.com we enjoy playing as much as you do and for that reason we offer you the best tricks, secrets or tips for you to play non-stop. We offer you quality content and always updated to keep you up to date. That's why, in our website, you will find not only videogame guides but also tricks, secrets and thousands of tips so you can play to the limit. Are you ready to get it? Enter now and enjoy your videogame!
FFXIV - Ramuh (extrême) ❯

SWTOR - The Jedi Formation - the Padawans

Add a comment from SWTOR - The best movie of all time