SWTOR - The Bestiary of Coruscant 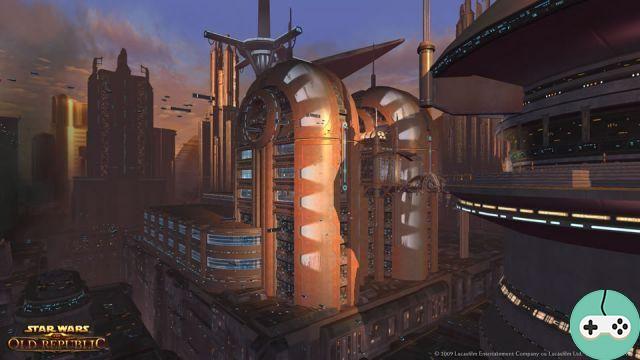 Here are the codex - bestiary entries you will find on Coruscant, the capital planet of the republic: 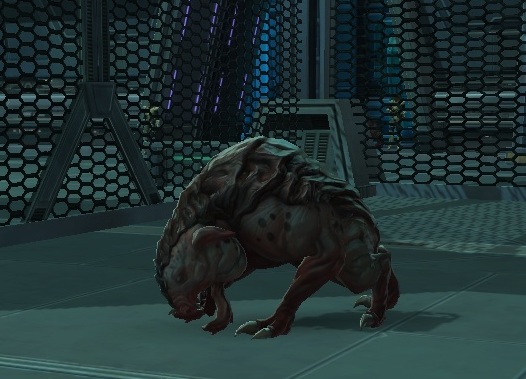 Zone: Territory of the Justicar)

Salky dogs are known for their sharp senses, unbreakable claws, and exceptionally powerful jaws, but many are unaware that these killing machines were born in a laboratory. The Republic military hired a biological engineering lab to develop a creature as dangerous as it is intelligent, capable of protecting the distant bases of the Outer Rim, and less expensive than the usual troops and droids.

Unfortunately, scientists have failed to make their creatures intelligent. Salky dogs have been shown to be fierce and uneducable for military purposes. After several accidental deaths, Republic forces canceled the contract, and the Salky Dogs were driven from the Core Worlds.

Despite everything, many couples have been sold on the black market, and the beasts have since appeared on a dozen planets. Many mercenaries and criminal organizations resort to salky dogs when there is no need to capture someone alive. 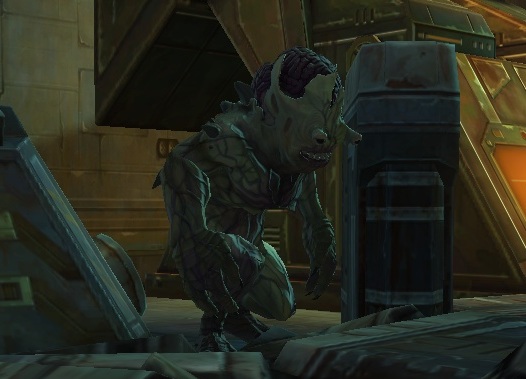 The Cthons are dangerous humanoids who have plagued Coruscant's underworld for centuries, though some have found a way to get to other planets. Mutating rapidly from generation to generation and nearly blind despite their characteristic eyes, Cthons spot their prey by the sound of their movements and the vibrations of Coruscant's infrastructure. At lower levels, the more superstitious believe that the Cthons were originally criminals of Coruscant, banished from higher levels and forgotten ever since. There is no scientific evidence to support these statements.

Feeding on the huge rubbish heaps that litter the lower levels of Coruscant, the Cthons are no less terrible hunters capable of decimating entire security patrols. The reconstitution of Coruscant is particularly beneficial to the Cthon, who thus have new shelters and breeding grounds, not to mention the many lost refugees whom they feast on.

Add a comment from SWTOR - The Bestiary of Coruscant