SWTOR - The Bestiary of Dromund Kaas 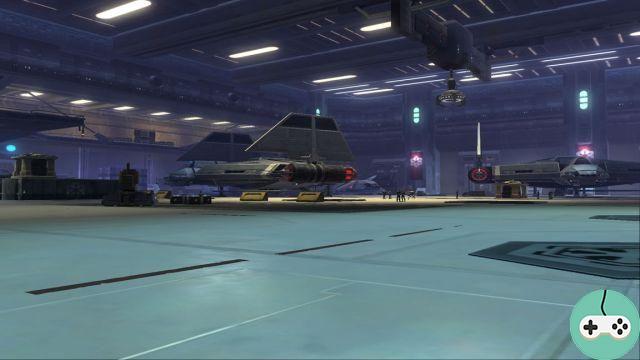 Here are the codex - bestiary entries that you will find on Dromund Kaas, the capital of the Sith Empire. Map of the planet with the place where you will find these species: 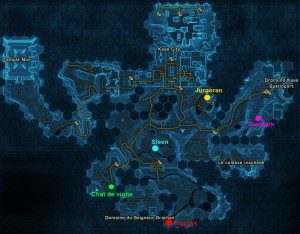 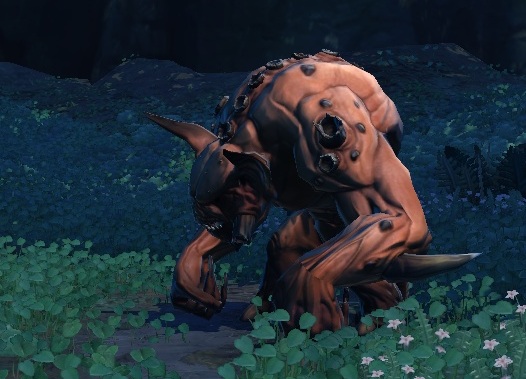 The gundark is one of the scariest species around. His strength is matched only by his robustness and his keen senses. It is the favorite target of big game hunters and is a staple in arena combat across the galaxy. The gundark, however, never stays in captivity for long. Tamers who have the misfortune to lower their guard for half a second in the face of these formidable creatures are horribly massacred. But they are among the lucky ones. Anyone who sees one of these monsters should avoid it at all costs or prepare to fight. The gundark is known for its unjustified attacks. 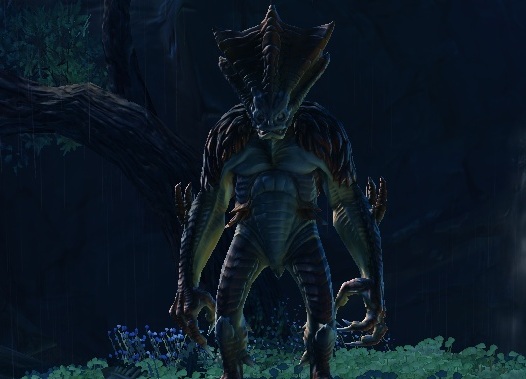 These large, amphibious creatures are known for their sharp claws and tough skin. They are mostly found on Dromund Kaas, where only gundarks are likely to challenge them at the top of the food chain.

Jurgorans quickly became a symbol of malevolent strength among the Sith Lords of Dromund Kaas, hence the many Sith Lords named "Jurgoran" found throughout the ages. 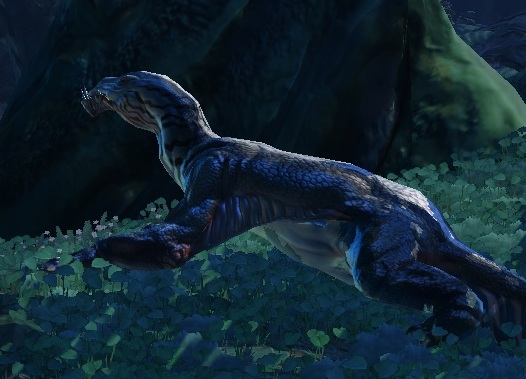 A slender creature with webbed feet, the sleen is among the fastest creatures in the jungle of Dromund Kaas. It mainly feeds on the eggs of other lizards living on the planet, but also hunts small prey. He can be aggressive when it comes to defending his territory.

The early Sith were known to train sleens to stand guard. A practice that disappeared with the increase in density on Dromund Kaas: it was difficult to bring these creatures to life in small places. Some high-ranking Imperial servicemen still have hunting sleens alongside them, educated by generations of family servants. 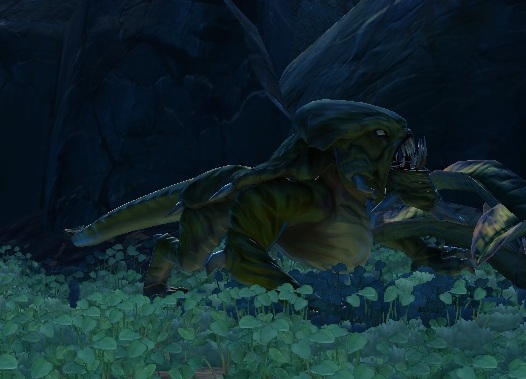 The vine cat, a feline with heavy protections and sharp teeth, can jump up to eight meters high or slaughter a sleen in less than ten seconds. Its reinforced collar and skin protect it from imposing predators, such as the jurgoran, and its claws make it an outstanding climber in the event of a retreat. The Vine Cat was introduced to Dromund Kaas by the first Sith from the forest planet Ziost. It has since caused the extinction of three herbivorous breeds native to Dromund Kaas. 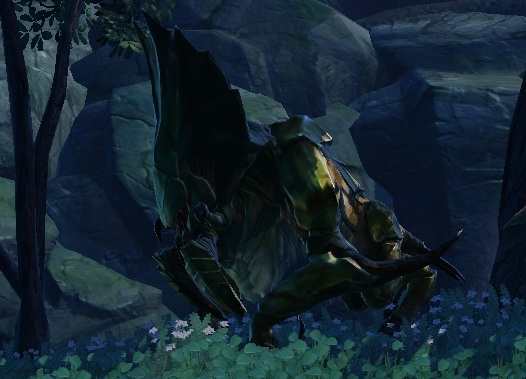 You will find it near datacron # 3.

Be careful, its repop time is extremely long, if you don't see it I advise you to come back much later, see the next day

The Yozusk were once nicknamed "Stone Guardians" by the early Sith on Dromund Kaas. These creatures did indeed nest in the cliffs around the jungle and the hard bumps on their backs are reminiscent of the texture of rock. Although they jealously defend their territory, they mainly feed on animals that live underground, which they dig using their arms. Nocturnal animals, they can count on their developed sense of smell to evolve in the dark. Young hunters in search of thrills fight these surprisingly strong animals to grab their teeth, before going up against the frightful gundarks.

Do you want to be up to date and know all the tricks for your video games? In gamesmanagers.com we enjoy playing as much as you do and for that reason we offer you the best tricks, secrets or tips for you to play non-stop. We offer you quality content and always updated to keep you up to date. That's why, in our website, you will find not only videogame guides but also tricks, secrets and thousands of tips so you can play to the limit. Are you ready to get it? Enter now and enjoy your videogame!
Destiny - Arms Day 04/05 ❯

Black Desert Online - Equipment, how does it work?

Add a comment from SWTOR - The Bestiary of Dromund Kaas