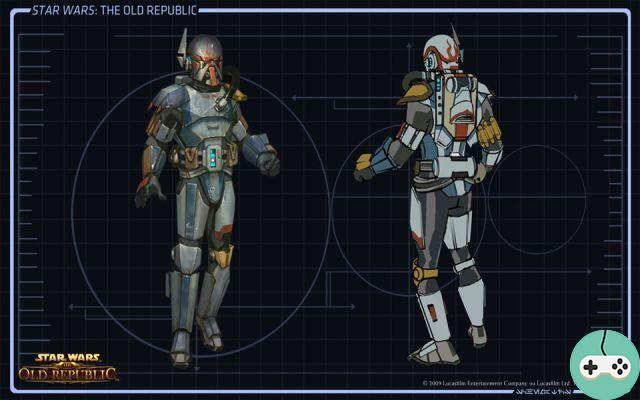 The publisher Larousse had already released in 2011 The Manual of the Jedi and in 2012 The Book of the Sith. The former served as Kiràly's primary source for his articles on the Jedi Formation. I myself have used many elements of these two books in many Galactic History articles. So these are very good sources on some aspects of the Star Wars Legends Extended Universe. Even if they are centered on the time of the films and therefore the sorting to be done in relation to what can be found in The Old Republic. On October 1, 2014, a third volume joined the first two: The Bounty Hunter Code.

As the name suggests, the Code is concerned with bounty hunters. In fact, most of it is a manual for young recruits of the Bounty Hunters Guild (organization disbanded shortly before Episode IV, the circumstances being recounted in the trilogy of The War of the Bounty novels. bounty hunters). We follow the reasons that can push to join it, its rules and its functioning. It's dated to the last few years (so the period between Episodes III and IV), so there are many references to the Palpatine Empire present. But the history portion of the Guild mentions the Great Hyperspace War and the Jedi Civil War. So the Guild existed in the days of TOR, and the traditions presented here are mostly already in place in the game. As for the tips for training and equipping, they are timeless.

The Code is presented as having been seized on the most famous bounty hunter in the Star Wars universe: Boba Fett. Who is also the basic character from which the Mandalorians developed. The second part is the Death Watch Manifesto by Tor Vizsla. For those who don't know what Death Watch is, in the days of the Prelogy, the Mandalorians are divided into three factions. There are the peaceful ones present in Clone Wars, the True Mandalorians of which Jango Fett was a leader and the Death Watch. Refusing to accept that the True Mandalorians would not choose him as Mandalore, their supreme leader, Tor Vizsla founded this third faction with the avowed aim of reuniting all Mandalorians under his command, willingly or by force. His manifesto was written shortly before the Prelogy (Vizsla dies 10 years before Episode I, at the hands of Jango Fett) and is very biased towards his views of the galaxy. But even though he is a deviant Mandalorian, he remains above all else a Mandalorian and the heir to those present in TOR. Several elements of the past are even mentioned several times. 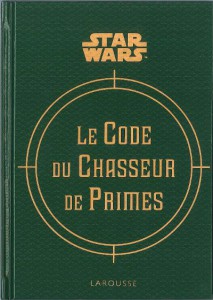 If the content interests you but can't get it, don't worry. Once I'm done reading it and sorting through the information in it, I plan to do a few articles with it on Bounty Hunters and Mandalorians.

Are you going to crack?

Add a comment from SWTOR - The Bounty Hunter Code