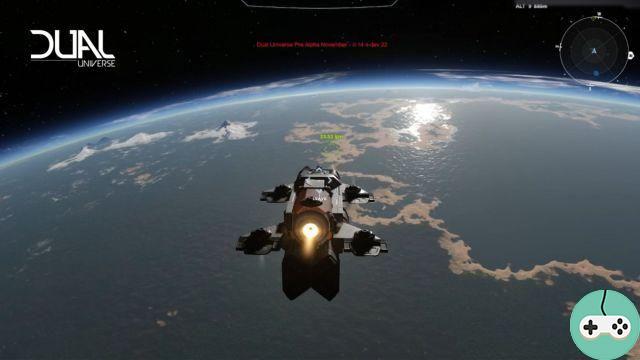 During a private Skype session, Théo Maudet (Producer) and Olivier Derache (Marketing & PR Manager) from Novaquark, a spanish studio based in Paris, presented me with the alpha of their science-based MMORPG. Dual Universe sandbox fiction a few days before it opens to the general public.

Our exploration begins on a gigantic space cruiser, created by a studio designer with the tools of the game, therefore the same controls and materials to which a player has access. The building is impressive and slowly orbiting the home planet: Alioth. This world has doubled in diameter since the alpha's launch and is currently the size of England, just that.

All constructions, including planets and moons, are fully editable thanks to voxel technology, which offers complete freedom without any limitation. There are a dozen or so planets in the solar system available to players right now, semi-procedurally generated planets with their environments and moons, and then refined one by one to deliver flawless quality. Of course, more work has been done on Alioth, which features several different biomes of forest, desert, and polar tundra, for a total of over 450 materials just waiting to be used to bring life to life. structures. 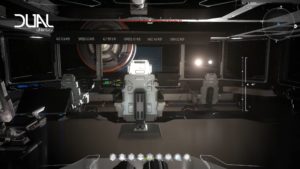 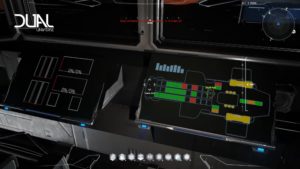 After observing the space through the windows of the ship, we linger in the cockpit where screens display its speed, the engine performance, the fuel level of the tanks ... A little later in the demonstration, we play even at a break-brick and observe all the buildings nearby thanks to a radar (which retrieves the data in real time). The display of each unit is fully customizable using SVG, LUA or HTML languages. The best developers will be able to create essential modules that all players will want to own and snatch up at a price of gold. But players who have neither the skills to program these interfaces, nor the credits to buy them can fall back on the basic versions offered by Novaquark. 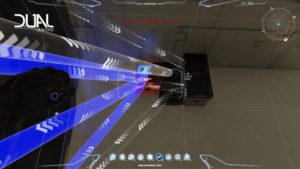 Otherwise, without touching the code, it is still possible to use logical links by connecting objects and behaviors between them, a little on the principle of Redstone on Minecraft, which was also used as a model. A demonstration is made to me of lamps, connected to a meter with three inputs: with each press, the light passes from one lamp to another. Elsewhere, a laser detects the passage to open a door. 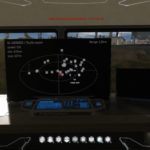 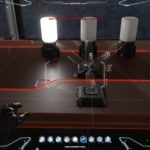 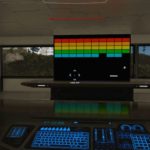 After destroying the cockpit floor, we go into the hold (and the stairs then?) Where there are small vessels, much more manageable than the monster we are in, structures that are just as editable (edition that can all done to keep busy during the rather long interstellar journeys). A lot of work has been done to make the piloting of the ships easier, in particular with the addition of anti-gravitational systems (which increases the maneuverability) and boosters (to tear themselves away more easily from the attraction of a planet ). Large vessels are nonetheless difficult to pilot, with slow engines to ignite and great inertia in their movements (weight remaining an important factor to be taken into account for any vehicle). Without too much grace, but nonetheless without significant damage or fatal explosion, we land on the planet with our shuttle, a maneuver that takes place in complete transparency without any loading screen. 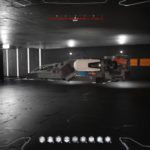 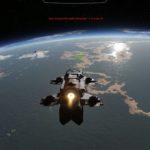 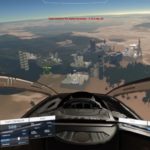 In the city we are in, Novaquark has collected player creations. In one of them we start one of the first steps of the tutorial which will guide new players. The goal is not to lock players into a whole series of quests, rather see these missions as a guide to help get started. During this quest, a small free hovercraft will be built, with all the parts to collect and assemble. We move on to the market, a kiosk from which players can buy and sell, as well as place buy orders, an important place in this game where the economy is entirely managed by the players. 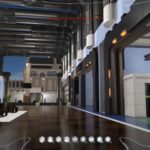 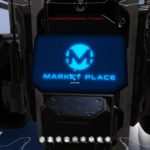 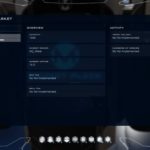 Our hovercraft built, the vehicle turns out to be very fast and not suitable for off-roading, but there is no road where we go. Because who says fully editable land naturally says terraformation: the communities will have every interest in creating a network of roads to ensure a good transit of goods and people between them. 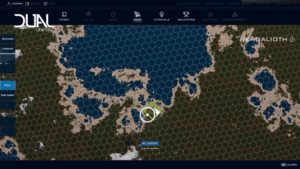 We arrive at a mine. A Territory Scanner has been installed on its roof, a machine that gives information on the precious minerals that are in the area, a hexagon of approximately 1 km² (Territory Tile). After a delay that still remains to be defined (two minutes on the demo, but this will undoubtedly be increased to fifteen, even twenty minutes), the result falls and the first player to interact with the machine recovers a complete record of all ores available in the area, an item that trades or sells with the destination associated with it. 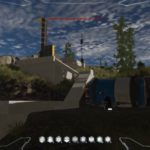 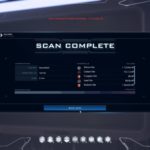 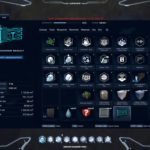 While the scanner is spinning, we descend into the dug mine to about 150 meters where, at the bottom, a small camp has been set up next to a sodium vein. Although many items are cosmetic, others are very useful such as containers, crates that will allow players to collect all the resources that the inventory is not able to contain. The mining process is a kind of mini-game, during which a circle is displayed, which asks to be positioned as accurately as possible on the resources to maximize extraction. Mining is fast, it must be said that sodium belongs to the lower third of minerals (out of five), the upper thirds lead to longer delays between each extraction (and therefore, at this level, the placement of each puncture must be optimized so as not to waste no money income). 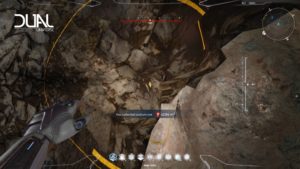 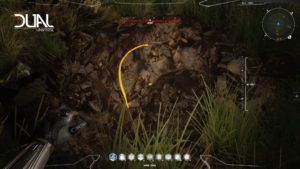 The crafting interface is very sketchy and will be improved even further by alpha. All the available objects are listed, in gray for those lacking in materials, in white otherwise. Each has a description, with its properties, the materials needed and the creation time. Different tabs open for each recipe, making it easier to read the prerequisites. We were there to create a small engine (Atmopsheric Engine), but this requires four components: complex part, structural part, polycarbonate and functional part. Fortunately, we have the first three, and the last needs pure sodium which is created ... with sodium! We add all the different objects to the queue and the production cascades as we go, which queue also works offline. 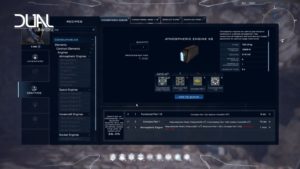 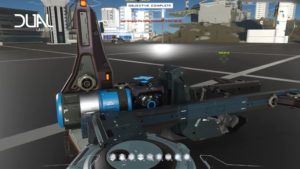 Today is therefore launched the alpha of the game which will be by during December / January, open to all players who participated in the fundraising campaign, which represents more than 10 people. Resets are to be expected, but the studio will try their best to always save buildings, or at least blueprints, to prevent the most beautiful creations from disappearing forever.

If you want to join the alpha, you can invest from their official site now. But only invest if you feel like playing immediately and / or helping the studio. Indeed, the price of the game decreases as we get closer to the launch, until it goes free, but with compulsory subscription (either via real money or via in-game money). 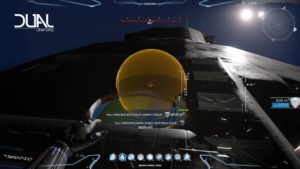 SOS Studios : Among the Sleep