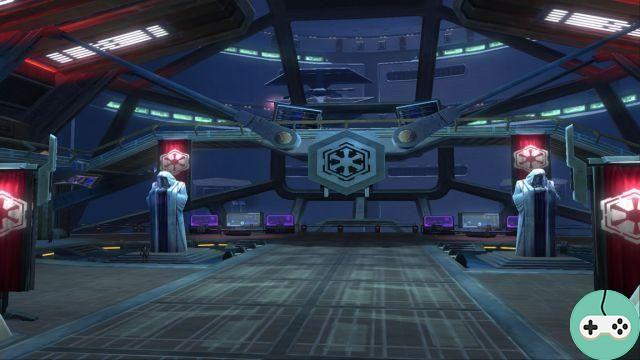 The first time the five planets of the Dromund system entered the history of the Sith Empire was when the future Dark Lord Tulak Hord made it his headquarters for further conquest. A role that has remained throughout its rise. On Dromund Kaas is even the grave of one of his lieutenants whom he deemed too powerful, Aloysius Kallig, a focal point on the Dark side for all things Force in the system. But when this imperial ruler died, his successors focused on their own worlds. And Tulak Hord's personal capital was abandoned and even ended up drowned in distant, unseen archives. And this despite their presence in the heart of the Esstran sector, the heart of the Empire. Until the last years before the Great Hyperspace War, where its coordinates were unearthed by the little Lord Vitiate. He took advantage of the massacre of his superiors to pose as a savior to the survivors. By dangling this lost planet where their Republican enemies could not follow them. And during the journey, he strengthens his power over his companions. And so, Dromund Kaas became the heart and base of the reconstituted Sith Empire. 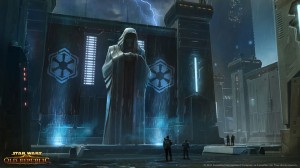 The jungles of Dromund Kaas, the third planet in the system, is therefore the capital of the Sith Empire. The new arrivals quickly established a base camp which became Kaas City, the seat of their institutions. Securing the surroundings served as a basis for conditioning the imperial army according to the criteria still in force today. But the rest of the planet has been little colonized since. The Sith are content with the surrounding dangers, and the military continues to use them to weld new recruits. There are therefore bastions and other areas scattered over the entire surface, but these small areas are therefore controlled by very specific individuals. And they're totally free to engineer whatever they want in it. In the ancient Sith Empire, high ranking lords ruled entire planets. Now their territorial possessions can no longer exceed what they can see ... In 1300 years, Vitiate himself had only three palaces. First the Black Temple, on the outskirts of Kaas City, which he left because of an entourage that had become too pressing. Then in the heart of the city itself, which he finally gave up to his administration. He ended up settling in an orbiting station, where he only welcomed his faithful creatures and familiars. It is not known what happened to this last residence since he no longer reigned on the Black Council. 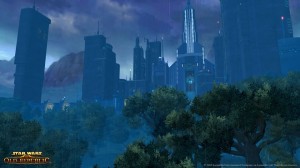 If Dromund Ixin, the planet closest to the sun, and Dromund Tyne, the farthest, are unfit for life, the Imperials have thrived on the others. Dromund Fels, the fourth planet in the system, is run as Dromund Kaas, with domains of (very) high ranking Sith lords. There are also numerous excavations, with the Imperial Complaints Service still continuing to dig to unearth the past. But the ground is too arid for the authorities to seek to develop settlements similar to what they do in the jungle. For gas giant Dromund Kalakar, the situation is the opposite. Its six moons are full of various materials, and the mines are always in full swing. Above all, Dromund Kalakar is the most important of all the shipyards in the Empire. Since the arrival of Vitiate and his followers, they have supplied the majority of the fleet's ships, from assault cruisers to attack fighters. Which makes it a world just as important as its direct neighbor. 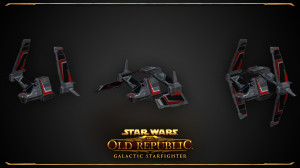 For many, the term capital covers a city or a planet. But in the case of the Sith Empire, the scattering of its facilities means that the entire system takes on this role. It is rare, even for a galactic power of this stature, that this situation is so broadened. The Dromund system is indeed the cornerstone of the Empire.

Do you want to be up to date and know all the tricks for your video games? In gamesmanagers.com we enjoy playing as much as you do and for that reason we offer you the best tricks, secrets or tips for you to play non-stop. We offer you quality content and always updated to keep you up to date. That's why, in our website, you will find not only videogame guides but also tricks, secrets and thousands of tips so you can play to the limit. Are you ready to get it? Enter now and enjoy your videogame!
The Sims 4 - First Pet Stuff Pack Preview ❯

Optika - Preview of a bright game!

SWTOR - Sith of yesterday and tomorrow