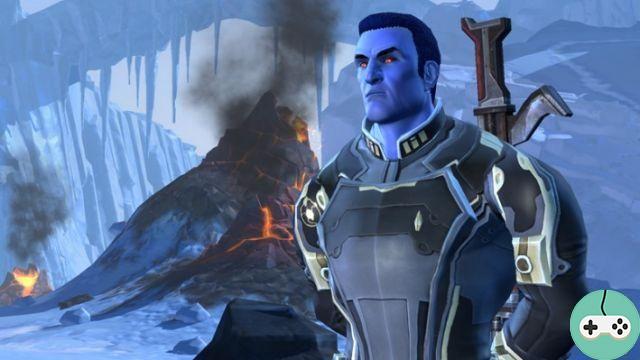 Julator fixed his caller with red eyes. Behind his blue skin and his stern expression, it was impossible to know what he was thinking. Which was the case with most chiss.

In the entire military history of the Empire, there is a special case that was not crushed, subdued, and enslaved. Only one. More surprisingly, after the defeat of the Sith, negotiators found favorable common ground for an alliance. The Chiss Ancestry has become the most effective of the latter. But if they carved out a place for themselves in the Empire and established themselves as one of the major races in the current conflict, very little is known about them. 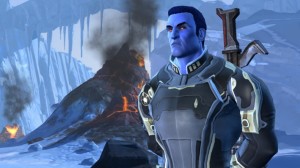 Chiss can be recognized by their blue skin and completely red eyes. Their hairs vary from blue to black, with white for the older ones. The only visible organizations show very rigid, military habits regardless of the name used. That's about all that most people know about them. Even their business language, the only language they are willing to teach strangers, and so complex that it discourages most.

The Chiss are very secret. They control dozens of worlds, but only one name is known to us: Csilla, in the Unknown Regions (see map, the planet is framed in red while those present in TOR are underlined in orange as landmarks). They are powerful enough to be called a galactic power, sometimes referred to as the Chiss Empire, but don't care to involve all of their forces until their territories are threatened. Given the current state of the galaxy in this conflict, it is not yet for tomorrow that it will happen. 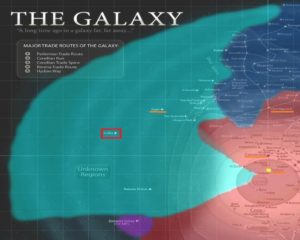 The Chiss have a name divided into three parts, which includes both surname and first name (be careful with your heritage) often reduced to its central part for simplicity. For example, take the individual Mitth'raw'nuruodo (aka Grand Admiral Thrawn, the first Chiss created in 1991 and one of the first two characters from the Extended Universe to join Star Wars toy and collectible card marketing). The first part is common to individuals of the same blood as him, like a surname. Other examples point in the same direction. The central part would therefore be his first name. And the last one is exactly the same as one of the great Ascendance factions. Be careful, however. This is only a theory (and not even mine, it is that of the Holonet). No official source that confirms it. But it happens that the Chiss change their names according to their professional advancement or their dismissals ...

The Chiss put discipline and order at the top of their scale of values. They come across as cold, arrogant and xenophobic, but that's because they can't find anyone else who fits their criteria. So why did you associate with the Sith, who seem particularly opposed to this profile? But the Empire has behind it a big military machine and secret services which correspond much more. Moreover, it is in these areas that the Chiss collaborate the most and sometimes even integrate the hierarchy. In front of them, they despise the institutions of the Republic because they consider that the politicians who lead it are the opposite of anything that should make a good leader according to them. 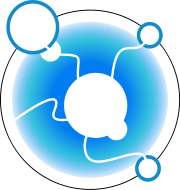 Chiss society is dominated by four great families, factions to which all who matter Chiss and their relatives are affiliated. But they don't compete with each other. In fact, each of them deals with a branch of government. The Csapla thus take care of agriculture. The Inrokini of the industry. The Sabosen combine Justice, public health and education. Finally, the one that interests us most, the Nuruodo have military control and foreign affairs. They are the ones who deal with the Empire and all the other factions in the galaxy. In fact, it may even be the only one that can appear in TOR since we will not be exploring Ascendance, its empire and its inner worlds ...

Following the war, the Chiss built a base on Hoth, independent of the Imperial Dorn base. Officially, they are the ones the Sith recognize as the authority of the planet. Allies like the Mandalorians must ask their permission to settle. And the Dorn base officers must work hand in hand with their blue-skinned counterparts. But special agents and red saber wielders don't ask for anything until they act their way. This is very symptomatic of the relations between the Empire and the Chiss. Allies yes. Compromises to facilitate relationships yes. But equals never treated fairly.

Do you want to be up to date and know all the tricks for your video games? In gamesmanagers.com we enjoy playing as much as you do and for that reason we offer you the best tricks, secrets or tips for you to play non-stop. We offer you quality content and always updated to keep you up to date. That's why, in our website, you will find not only videogame guides but also tricks, secrets and thousands of tips so you can play to the limit. Are you ready to get it? Enter now and enjoy your videogame!
BDO - Trade: Trade Routes ❯

Add a comment from SWTOR - The Empire Behind The Empire