SWTOR - The fight against the Revanites

Please note, this article contains revelations about the history of the Shadow of Revan expansion.

The planet Rishi is a little-known, poorly explored world, conditions that pirates and other smugglers have used to build an outlaw base for themselves. A great place to hide. And this concerns both camps: the Republic can set up a laboratory out of sight there to improve its soldiers, and the Empire sees the Hand of the Emperor there experiencing a civil war between the Fury and the Servants. Most importantly, disowned SIS agent Theron Shan, renegade Sith Lana Beniko, wookie Jakarro and his droid C2-D4 have discovered that the Nova Blades, one of the local pirate gangs, are allied with their Revan enemies, those who have makes them renegades and outcasts. So they send hidden messages to attract their allies, and Lana Beniko has the idea of ​​creating a fake rival gang to guide them there. 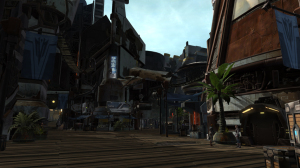 Joined by their allies, the group can attack the bases of the Nova Blades. But difficult to recover a lot of information from this side. They have served the Revanites sufficiently and do not bring them much more. They don't call on them much anymore and are about to let them go. Their destruction gives only two leads, in addition to a large number of freed prisoners who ask for a leader to guide them. To explore these two paths, they separate. The Theron-Lana-Jakarro trio set off for another island to the north, while the others track a group of Mandalorians led by a certain Torch. Behind this nickname is actually the legendary Shae Vizla, looking for new challenges. She abandoned her partners Blades Nova because she wanted to stay away from their other allies, those settled in the north. Where Theron Shan was captured by renegades from the allied Republic and Empire. He managed to take the opportunity to learn their plans. The Revanites plan to provoke a great battle between the two galactic factions during which their traitors would take the opportunity to strike from behind. Battle which has already started, and a jammer prevents to warn the leaders of the two fleets. 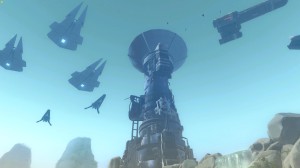 With the jammer destroyed, it is finally possible to contact Darth Marr of the Dark Council and Jedi Grandmaster Satele Shan. In the face of the evidence presented, they cannot deny the Revanite threat. It must be eliminated, and that requires a temporary alliance, a coalition. That their respective governments cannot officially accept but that the two local chiefs can establish on this unique occasion. Their men follow them. There will be a lot to do to achieve harmony in their ranks, everyone will have to do their part. And Theron Shan and Lana Beniko can finally return to their respective hierarchies, cleared of the charges against them. 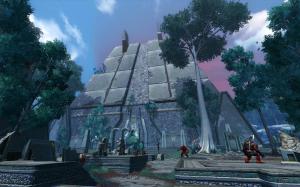 Intelligence recovered by Theron reveals that the enemy base is on Yavin's fourth moon. Where the Emperor had installed an academy for his personal guard, but the Revanites ravaged it. The few survivors know enough to learn of Revan's plan: Ever since he was defeated by the Hero of Tython, the Empire leader has withdrawn his mind into one of the local temples. The leader of the Revanites wants to push him to occupy a new body in order to kill him this time definitively. The coalition must thwart its plan by destroying the machinery before confronting it. A ghost also teaches them that their opponent is not totally Revan. After all the tortures suffered for three centuries and then his defeat at the Foundry, his spirit shattered. Literally. The phantom is its luminous part, determined to disappear after having had its day. The body is its dark part, which refuses to leave before having finished. For that, he must be defeated, and this across the board. The Emperor invigorates himself but escapes taunting him, and the coalition champions physically eliminate him. It only remains for him to merge with the ghost he lost and join the world of the dead. Maybe after all there is no death, there is only the Force.

As the two members of the coalition separate, what to take from this episode? On the Republican side, not much except that it is possible to ally with the enemy against a common enemy. A tactic that may be possible to replicate by turning Sith against other Sith at a later stage. On the Empire side, the changes are more important. The Black Council has appointed Lana Beniko to head the new Imperial Intelligence organization (which replaces the former Secret Services deemed too independent). And the expected return of the Emperor does not bring much happiness to those who had become accustomed to his absence. There is no doubt that he will soon take the head of a new faction which will oppose both the Republic and the new vision of the Empire of Darth Marr. Will a new coalition then be possible? And the Revanites, are they doomed after the majority of their forces are destroyed in Rishi and Yavin IV? Or can they still play the joker card in this upcoming fight against the Emperor? ...

add a comment of SWTOR - The fight against the Revanites