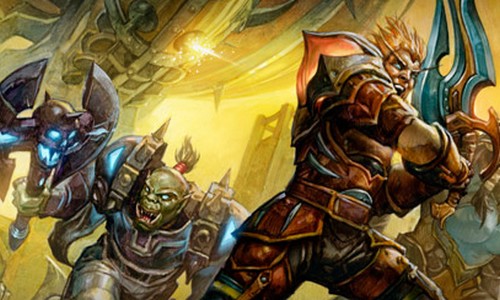 The best arena teams in the world will come and compete at the BlizzCon 2013 ! Eight top-level 3v3 teams from around the world will be invited to compete in the World of Warcraft Arena Global Invitational, November 8-9 at BlizzCon in Anaheim, California.

Here is a quick overview of the selections by region of origin:

► Korea and Taiwan
Each of the two countries will host a regional tournament, and the winning team from each region will get a ticket to the BlizzCon competition.

► China
A regional tournament in China will determine the two teams that will represent the region at BlizzCon.

In the end, eight of the most cunning, strong and talented teams will enter the arena of BlizzCon, with the key to international glory and a total endowment of more than $ 180 (approximately € 000).

If you are an arena fighter, now is the time to sharpen your reflexes and prepare to snatch your spot for the event. And if you're a spectator, you'll be able to watch all of the action live online even if you can't be there in person; More details very soon.

Follow him BlizzCon site for more information on the World of Warcraft Arena Global Invitational as it becomes available.