SWTOR - The first MMO of Bioware 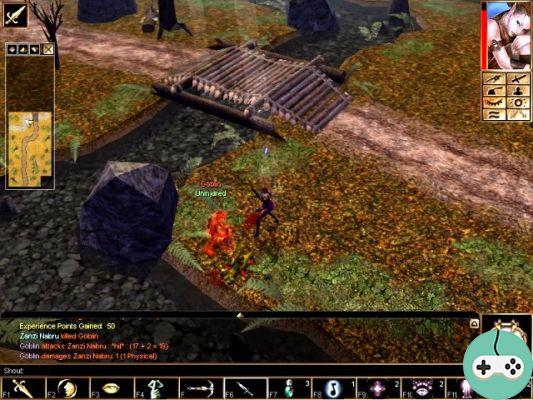 One of the flagships of gamesmanagers.com sites, the foundation stone from which everything has grown, dedicated to the Star Wars MMO The Old Republic from Bioware. The studio's biggest project, its most ambitious, its first MMO ... or not. It was an unexpected consequence of the developers, but another of their game had already ventured into this area, in 2002.

The Bioware studio was created in 1995 in Edmonton (Canada) by Ray Muzyka and Greg Zeschuk, two role-playing fans. This small detail is important because it is on this type of game that they have built their reputation. At the end of 1998 (in the USA), Baldur's Gate, a Forgotten Realms Dungeon & Dragons game, was released. Their first big hit, the second is Baldur's Gate II, two years later, which many consider to be the greatest role-playing video game ever released. They released a third and last game in this universe in 2002, called Neverwinter Nights. 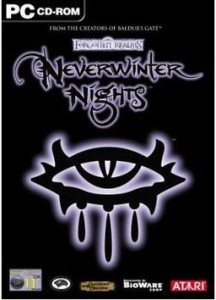 The title of Neverwinter Nights is one of the first MMORPGs in history, a benchmark in the history of this type of game. But basically, he doesn't have much in common. The game is meant to be a single player story, a campaign in several chapters. And here is where the problems begin. Despite a move to 3D, the soft sulfur of the comparison with Baldur's Gate II and its extensions on many points such as the management of companions. We go from a group with influence management to a single hero who can hire mercenaries whose only dialogues concern temporary recruitment. The story has (very) predictable twists and turns and lacks a truly epic breath. The only great characters in the universe that appear are Nasher (the ruler of the city), the dragon Klauth, Arklem Greeth, and the orc king Obould of the Arrows (just mentioned). A little light considering all the background of the Forgotten Realms. In short, possibilities but not pushed to the limit as if the game had come out to surf the wave of Baldur's Gate. This is not the place to look for the reason for the success of the game.

Alongside this campaign, Bioware has integrated a module editor, Aurora Toolset, for game masters wishing to create their own campaign. Something unimportant. Other games (I'm thinking of Elder Scrolls, Morrowind, and Oblivion, for example) have done this as well. But it has never had more of a consequence. This Neverwinter Nights editor was easy to access and very comprehensive. A beginner in modding (the fact of creating and adding additional content to a pc game by digging into the resources of said game) could without any difficulty (other than his patience) create a story as long as the official campaign of the game. In addition, Bioware offered a free service to access these online modules, so that new game masters could offer their circles of friends to come and test.

Do you really think they stopped by a small group of relatives? 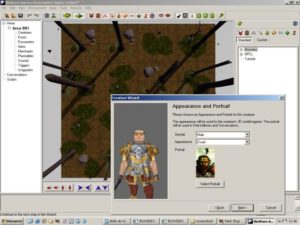 Neverwinter Nights' servers could hold dozens of players, a misery compared to what publishers are looking for today. But there have never been any restrictions on the number of servers available. In total, several thousand players came to transit on one part or another. Some even bought the game without looking the least bit to try out the single player mode. The nice little bonus quickly became the real attraction of the software.

I've read several times before players complain that the developers do not read them when they have good ideas to come up with, indeed better ideas, at least on paper. With Neverwinter Nights, the question did not arise, the players had the tools in hand to realize these ideas. There was everything among the servers, from the small pvp arena to the persistent world that game masters (or moderators) brought to life by playing certain key roles. And if one was not satisfied with the universe discovered after a first choice, one was sure to find something totally different by clicking elsewhere. There were never two identical. 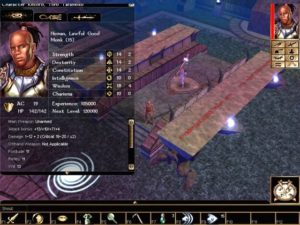 At that time, Bioware games were very close to paper role-playing games. We were very far from the simplification that video games experienced subsequently. A small example: Bioware had promoted his Dragon Age series as the heirs of Baldur's Gate and Neverwinter Nights. When you level up, Dragon Age II offers to modify a set of skills, that of the gifts. In Neverwinter Nights, you could customize up to six or seven sheets (but the character would still have been quite wobbly, hybridizing too much between certain classes): characteristics, gifts (passive improvements or new attacks), skills ( talents in other areas than combat), spells and the pet sheet (the latter two requiring a corresponding class, and not all magic classes share the same sheets). Some influencing what we could unlock in the others. Don't think that each leveling up was long and boring, we spent little time there, just a few seconds to read the descriptions to find which item to choose from the list. Unless of course managing the rise of several levels at the same time.

The single player game was not designed according to the tank / dps / heal trinity, the group game was not either. Strengthening and Defense gifts were even available for all classes. Some horrified people wonder: how did we do it? The question did not arise. We did, that's all. There was perhaps a lack of strategy on the bosses, but the module editor did not allow newbies to go so far and few video games at the time provided for a big development on the subject. There were also no addons or kikimetters. Even to manage a guild, it was necessary to go through the registrations on a forum. Nothing at stake, no friend finder, just two channels: talk / local and shout / server. A lack ? It makes it possible to put their importance, even their uselessness, into perspective. 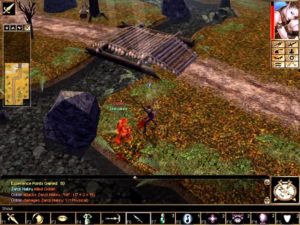 The Dungeons and Dragons rules allow drawing in seven races and eleven classes, which is better than some MMOs released in recent months. And the class chosen at the time of creation is not final, it was possible to choose a second or a third, if only to take advantage of the bonuses. Especially since in addition to raising the maximum level from twenty to forty, the two extensions released have added eleven prestige classes, available only by meeting certain conditions (alignment, gifts, skill levels). Graphics and physical customization of the avatars are vintage, but in fact it is difficult to find two identical characters.

Neverwinter Nights had two expansions, Shadow of Undrentide in 2003 and Hordes of the Underdark in 2004. Each had a single player campaign, which had nothing to do with that of the original game, but their interest was mostly in all the improvements to the module editor. Things became more and more interesting for game masters. New elements were downloadable during the following months allowing to go even further. But the graphics started to take a hit, suffering too much from comparison to newer games. What made crumble the number of players. The game masters of the first hour will not end up passing their turn and will not always be replaced. Finally, Bioware took care less and less of the maintenance and the addition of content, all leading to this online multiplayer aspect of the role-playing game towards its end.

In 2006, Neverwinter Nights II will be released by Obsidian, Bioware preferring to move on to other projects with varying degrees of success. The failure of this suite is usually blamed on the new mod editor, which is much more complicated to use. No new servers to meet on here, this aspect is almost zapped by the lack of ease of access. Personally, I consider the history of the single player mode of Neverwinter Nights II as superior to that of the first part, but we have here the proof that this is not what made the success of the software.

After Neverwinter Nights, Bioware will move towards another role-playing license, with Star Wars Knight of the Old Republic in 2003, only a single-player mode, here. And from the point of view of the character customization, we lose about half of the possibilities of the previous game. But we must recognize that that year, the niche of the on-line Star Wars game was held by the MMO Star Wars Galaxies. Subsequently, the studio will seek to develop its own licenses, with varying degrees of success. You should still know that for their game Dragon Age, their return to a medieval-fantasy world and the conception of the story are supported by the Aurora toolset. 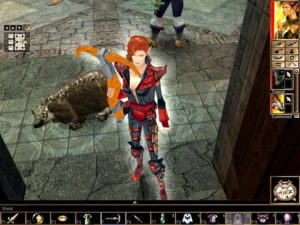 I still have a certain nostalgia for Neverwinter Nights. Having the keys to a game and being able to create your own stories is very pleasant and openness to the world of MMORPGs offered very good possibilities. Impossible to count towards how many games we were opened by buying a single box (or three, with expansions)? Unfortunately, this kind of experience has no chance to see the light of day again. Indeed, if we could do for free as well or better than the video game studios, how would they manage to sell us their annual “novelty”?

Small note: if ever some of you manage to remember the dark elf Jorus BlackSun, know that I say hello to you.


Do you want to be up to date and know all the tricks for your video games? In gamesmanagers.com we enjoy playing as much as you do and for that reason we offer you the best tricks, secrets or tips for you to play non-stop. We offer you quality content and always updated to keep you up to date. That's why, in our website, you will find not only videogame guides but also tricks, secrets and thousands of tips so you can play to the limit. Are you ready to get it? Enter now and enjoy your videogame!
SWTOR - Political repercussions of Makeb ❯

Add a comment from SWTOR - The first MMO of Bioware