SWTOR - The Jedi Formation - The Initiates 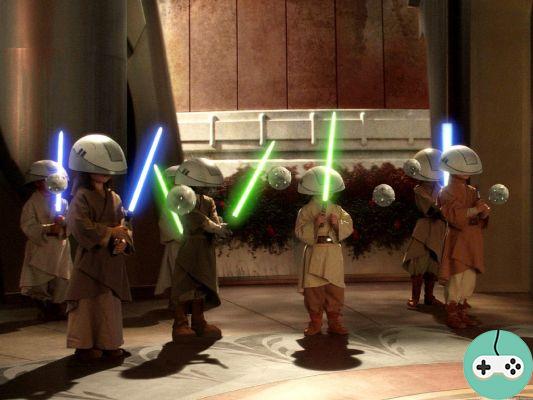 While it seems clear to all Star Wars fans that the Jedi have a characteristic teaching that makes them what they are; however, we notice that the greatest examples (Luke like Anakin) see this step eluded, and that even the Jedi characters of Star Wars The Old Republic start the game already having a great deal of background, and are already propelled far in their training.

Let me give you an update on this. 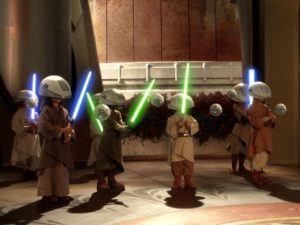 The first part of the Jedi teaching is optional, and is even most often skipped, as it corresponds to the age group of weaning and discovering affinity with the Force. Thus, the majority of children are found around the age of three * - and immediately move to the initiate stage - but some can be found earlier. But those who are detected as Force receptive earlier are also sent to the Jedi Temple, and Jedi guardians take care of the babies. The latter take advantage of this time to define to which initiate clan a child will be sent.

* It is obvious that it also depends on the speed of growth of the species, according to the time it takes them to reach this maturity. But here we will consider humans to be the "default" choice.

The second step so little mentioned, but yet very constructed, is that of Jedi Initiate. It corresponds to a group of 3 to 12-14 years (but it is not the age in itself that defines the end). In theory, Jedi Initiates are never alone. They are gathered into families called clans, according to certain affinities and / or characteristics (detected by the Jedi who found them, or who raised them if they were found very early). There are many, and it is possible that there were additions / deletions between the period of which my source dates (in this case, shortly before the films) and that of TOR.

The Initiates gathered in the same clan share their daily life, until their appointment to the rank of Padawan (or other, if the reassignment council goes through that). They sleep, play, study, eat and grow together. Although the Jedi often assert that they lose all connection with their family (implied, biological), this organization in clan comes so close to it that it replaces it; and Jedi from the same clan and generation maintain a close bond with their sisters and brothers in the Force.

Because this bond is very powerful, it is essential that each member of a clan feels in his place. If he feels like a stranger within his clan - a very rare thing, however - the Initiate can make a request to the reassignment council. This request should not be requested or taken lightly, given the impact it can have. 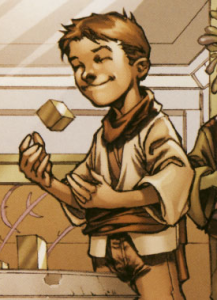 One of the first things novices are taught is the importance of their dress. If it is similar - but less complex - than that of the Padawans, Knights and Jedi Masters, it is to accustom them to proudly wear such a costume. Across the galaxy, it is a true uniform, by which civilians identify them, and which helps to guide confidence in peoples. And by the importance, the esteem and the role that any Jedi carries, knowing how to live up to these expectations is just as important. The Initiates learn very early on to take care of their outfit themselves, and to take care of them at all times. And not simply because the instructors ask them to (if so, the Initiate has not yet integrated his place among the Jedi Order), but to keep in mind the notion of symbol that they will become.

But it is clear that such a judgment is especially relevant in peacetime. You can be sure that wearing such outfits in the middle of Kaas City will not have the same effect. And even more simply in places where everyone does not have this esteem for the Order.

It happens that Initiates recruited a little late are already used to more comfortable, silky clothes, in brilliant colors. The transition is sometimes difficult, but necessary, given the importance of the uniform. However, the Jedi Order is also not blind to the problems this poses. Some species cannot materially afford to wear such clothes (generally because their body is not humanoid, and / or because it has a particular structure (crystalline body, gas ... any extreme exoticism that the galaxy is capable of hosting)). The Initiates then Jedi in question are then satisfied with a scarf, to stand out from the other members of their species, and thus fulfill the same role as the Jedi of more classic species.

The formation of novices is divided into three pillars: Strength, Knowledge and Self-discipline.

Initiates study the Force in order to understand and feel its nature. We often divide the Force into two ways of feeling: the Living Force and the Unifying Force.

Where we teach the Force, we also teach the dangers of the Dark Side, and therefore the acts to be avoided. Fear, anger and hatred are the passions that can make the Jedi go crazy. Now, when great powers and great responsibilities are given to a fool, no one will deny that the greatest misfortunes can happen. Love has its selective side of feeling dangerous. Indeed, a Jedi must help anyone, and not put forward some to the detriment of others. Especially since grief over loss usually leads to revenge, which closes the loop on feelings that can interfere with someone's behavior. And so, of a Jedi.

Finally, the use of the Force is divided into three categories: the faculties of Control, the powers of Sense, and the capacities of Alteration. Control is taught to Novices, Padawans practice their Senses, and Knights * learn Altering powers. This order is important, since it is first necessary to control oneself and to know oneself, before being able to feel the Other, and it is only after having understood these "Others" that one can manipulate them. Novices are introduced to the faculties of control, as they are elementary not only to wielding the Force, but also to the survival of the Jedi. The control has many applications: this is how Satele stops Malgus' saber on Alderaan (Tutaminis, which absorbs energy, but at an extreme level in this example), or even a whole bunch of healing powers ( Curato salva), and other trances that increase concentration on the Force (Altus sopor).

* The notion of Knight in TOR is incorrect: the consular / Knight / Guardian / Sentinel / Scholar / Shadow distinctions specific to the game only have names in common. In this case, Knight is a rank (a Scholar or a Jedi prophet is also a Knight), below Master, and above Padawan; where Guardian / Consular / Sentinel are paths, and Shadow / Scholar / Prophet are paths. But I will come back to this later. 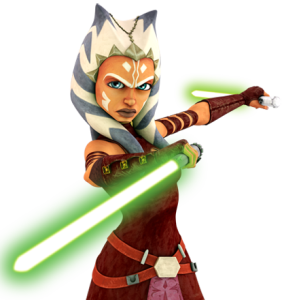 Knowledge is the second pillar of the teaching of Initiates. If the libraries and halls of holocrons are among the visible attributes of the Jedi, it is not for nothing: they are probably the pillar in which the most time is invested. To study the writings of the ancients, the thoughts on the Force, to understand it in turn, yes, but not only. A complete bestiary on each form of life, galactic history, general spatial geography ... somewhere, a bit of everything, because the Force remains in everything - to understand it - and because every Jedi will have to be ready to intervene n anywhere in the galaxy.

The last pillar is called self-discipline. This is where novices learn how to fight with a lightsaber - hence a strong enthusiasm for these courses - but Jedi masters generally refuse Initiates who only want this. It's about self-discipline, not fighting. You first learn to control yourself, control your gestures and then control your saber. Moreover, the novices are provided with a training sword: they do not slice, but they heat up to the point of being able to scorch the hair and lightly burn the skin. Besides the personal side that a lightsaber must have, it is in any case a very dangerous weapon for users who do not know how to use it properly.

Once the confidence of the fencing masters has been acquired, concerning the handling, the novices learn basic movements, those of the Shii-Cho posture (known as Form I, Form of determination or Way of the Sarlacc). Unlike the TOR game, this form is absolutely not specialized (in combat, defense, deflection of blaster fire, or whatever), and this is why few great weapons masters face their enemies in this way. . Learning how to use it remains essential, since a crucial level of any handling, and its correct possibilities allow any Jedi - even consular, prophet, or other, who uses little of his fighting skills, generally - to be able to wield their weapon symbolically and effectively.

This does not make it the most important form: it is Form 0, which consists of non-violence in the face of the problem. Indeed, a Jedi must not attack. He defends himself. It is to protect that it must be powerful: what is the point of being for Justice, if it cannot be applied, for lack of being able to stop Evil? 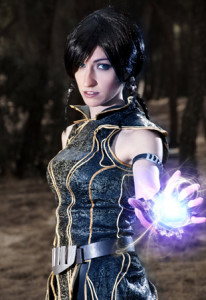 After years of teaching, there comes a time when novices must move from the rank of Initiate to that of Padawan. It is at this moment that the Initiate tests arrive. The aim is to distinguish three essential points, which depend on the pillars of the Jedi:

Once done, the Initiates do not reach the rank of Padawan, but allow to bond, and esteem, towards a knight or a Jedi master. However, not all will choose this path. You don't necessarily serve the Republic by roaming the galaxy with a master: the Jedi Order is made up of Jedi Service Corps, where you usually send those who fail.


Do you want to be up to date and know all the tricks for your video games? In gamesmanagers.com we enjoy playing as much as you do and for that reason we offer you the best tricks, secrets or tips for you to play non-stop. We offer you quality content and always updated to keep you up to date. That's why, in our website, you will find not only videogame guides but also tricks, secrets and thousands of tips so you can play to the limit. Are you ready to get it? Enter now and enjoy your videogame!
Destiny – Patch Notes 1.1.1 ❯

Add a comment from SWTOR - The Jedi Formation - The Initiates