SWTOR - The Order of Shasa

The Selkaths of Manaan boast of remembering the time when they were enslaved by the Infinite Empire of the Rakata and reject most outsiders so that they cannot try to start over. At least, that's what the ancients claim. And it is true that a planet only source of a miracle drug like the kolto is a permanent source of greed. The younger, more carefree, are generally more inclined towards certain prohibitions. They don't always understand why we keep telling them the same things. Especially the deviants, in the sense that does not belong to the norm. As if, for example, they had an affinity, aptitudes in the Force, but that they were forbidden to be trained. 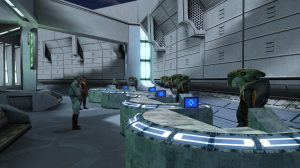 Three centuries ago, during the Jedi Civil War, Darth Revan accepted Manaan neutrality and a trade deal allowing the Selkath to negotiate the kolto with the two warring parties. He knew he couldn't get them without them, and that an attack would only lead to their disappearance at the bottom of the world's oceans. His apprentice and successor Darth Malak was not so lax. He ordered to override the agreements made by his master and violate local law. His agents sought out Force-sensitive young Selkaths and offered them training within the Sith. They found many subjects, and managed to keep their treachery a secret. But some of these new apprentices asked themselves a few questions. And with the help of a certain Jedi, they turned their doubts into rebellion. They fled en masse, revealing the truth to the authorities. Malak's troops were driven out of Manaan, and their embassy destroyed. 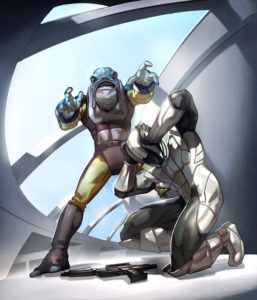 Among the leaders of these rebellious Sith apprentices was a certain Shasa. As the Jedi Civil War ended, she realized that the Sith had broken the balance of power. It was not in their favor, but the tipping point in the direction of the Republic was the same. For people like her, there was only one way to understand these strange powers of the Force. And in the end, whether it was intentional or not, the Jedi would carry out the same plan as Darth Malak. She therefore gathered several of her comrades and together they built a new Order to train young adepts in the Force of their planet without intervention or outside influence. Based in a former Republican facility deep in the world, they have taken some mimicry to a rite of passage where apprentices must make a special sword. But they should not be underestimated, they remain formidable for spotting traitors and liars, as well as for certain telepathic disturbances and telekinesis. The nomads Jal Shey (another group of Force users neither light nor dark) helped them fill in some gaps and stay balanced between the two extremes.

Because the founding principle of the Order of Shasa bore enormous similarities to the more conservative schools of thought in Manaan, an association seemed inevitable. Over the next three centuries, it grew, expanded and gained in influence. When the Sith Empire returned, they demanded the submission of the kolto-producing planet. When they received the same offer as all the previous conquerors, they wanted to show that they were not joking by bombarding the installations on the surface. An act that shocked the galaxy, which did not expect such a casualness in the face of such a precious resource. And that shocked the Selkaths who thought the Republic would respond better to help them. The vast majority of their species have migrated to the depths of the oceans, refocusing on traditions, and moving closer to the Order of Shasa headquarters. Ties with the Republic were eventually restored, but at the same time negotiations were conducted with the Empire. It is not hard to imagine which hands influenced to bring about a balance between the two camps, each preventing the other from controlling and preventing the influence that these outsiders would like to develop.

Do you want to be up to date and know all the tricks for your video games? In gamesmanagers.com we enjoy playing as much as you do and for that reason we offer you the best tricks, secrets or tips for you to play non-stop. We offer you quality content and always updated to keep you up to date. That's why, in our website, you will find not only videogame guides but also tricks, secrets and thousands of tips so you can play to the limit. Are you ready to get it? Enter now and enjoy your videogame!
Wildstar - Accommodation: Hoverpark Decorations ❯

Add a comment from SWTOR - The Order of Shasa