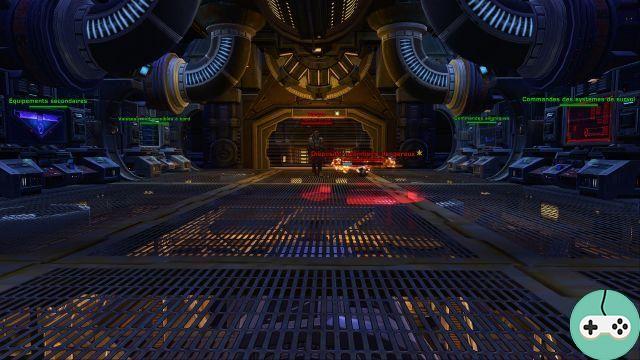 After defeating Bulo, you will have the opportunity to infiltrate the engine room of Ruugar's ship. Unfortunately it is guarded by a Wookiee named Torque who will rather destroy the ship than deliver it to you. 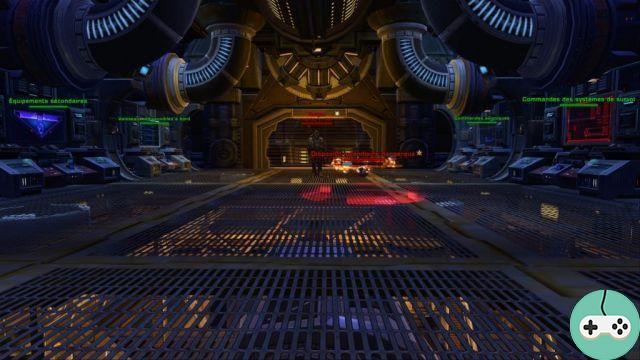 You will have noticed that the room where the fight takes place is small and you will have to learn to deal with it. This room is the altitude control room for the ship you are in. Torque will regularly destroy one of the four consoles at the edge of the room. You will then either have to repair them before he has destroyed them all, or kill him within the allotted time. Each repair increases the time available to kill him because he must destroy the console again. In addition to this objective, various droids will be summoned during the fight to distract you from this objective.

Magnetic clamp: Dot applied roughly every 30 seconds to a player at random. Apply a control effect that needs to be dispelled as quickly as possible. 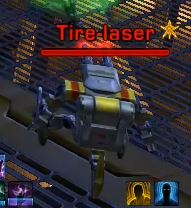 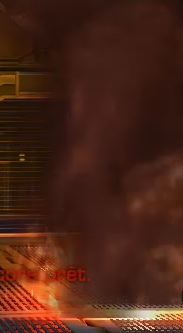 This debuff regularly lands on tanks. it has the effect of increasing the damage from Torque, suffered by the tank that has this debuff. This requires a tank switch.

The fight begins, a tank recovers Torque, the DPS hits it. Regarding the role of tanks they will have two main tasks:

Throughout the fight you will have different appearances of droids. You will have to distribute your dps as follows for a classic group of 2 melee and 2 distances:

Distant dps can help melee on the laser if necessary, but melee should never hit the incendiary device as they would take unnecessary damage. In the absence of these droids you will have to hit the boss. Be careful though, repair droids have very little health and are considered enemies, AOE and other AoE damage hit them and therefore risk killing them before they can repair their console.

The healers must agree to dispel the magnetic claws as quickly as possible, which have the unpleasant effect of controlling you. This effect can also be removed with each class's spell purging control effects.

The tanks are regularly pushed back, thrown in the room in addition to the deactivation of the consoles. It is advisable to orient yourself so as not to find yourself blocked, because often flames come out of the ground more or less at this time. You can therefore anticipate and either switch at this time to better distribute the damage (if possible) or run as soon as possible to avoid the AOE of flames.

Here's what the loot is made of:

Add a comment from SWTOR - The Ravagers: Torque (Story)