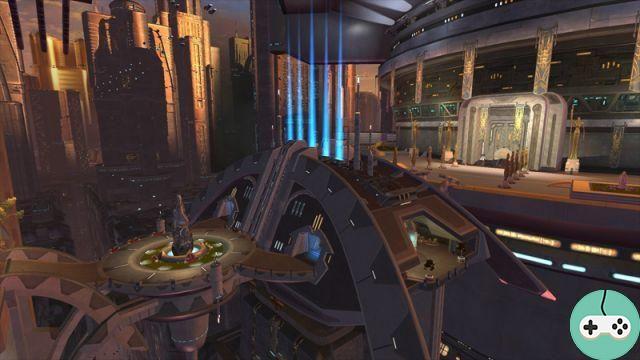 The galaxy is at war, two superpowers clash ... After two articles on the Empire, creation of Bioware for The Old Republic, it was necessary to have one on his opponent. The Galactic Republic is well known to Star Wars fans. Almost all the works of this universe take place in its territory or that of its successors. Its political structures evoke the spirit of our people. We easily find ourselves imagining how to evolve in this universe. And yet, it is a far, far away galaxy ...

The Galactic Republic has three founding elements. The first is the discovery on the planet Corellia of hyperdrive technology, which makes it possible to travel fast enough that a journey between two neighboring systems does not last for centuries. This technology is still the basis of the ships built in TOR (and in the movies, millennia later). Thanks to it, the Corellians will walk in space and colonize other planets. They will be able to build their Pinta Niña and Santa-Maria, then their Mayflower. The second element is the founding of the Jedi Order on Tython in 22 BC before the Treaty of Coruscant (TC). The third is the creation of a commercial and political alliance in 130 BC. The Jedi will be asked to be the guarantors of the sustainability of this alliance, called the Galactic Republic. 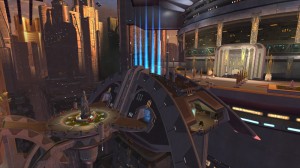 Correllia is a Core world, all of the original Republic members are from this central region of the galaxy. The exact center is Tython, but the Deep Core is an area of ​​disturbance that makes setting routes very difficult. Coruscant is the closest world that's easy to get to. So it is that the capital of the Republic has settled.

Coruscant is the image of what the Republic is: gigantic bombastic buildings and gray areas. The inhabitants of the Core often see themselves as superior because they were the founders of the Republic. The others should therefore be inferior. Some recent members can easily be humiliated if they don't bring great resources with them. In galactic wars, the Rim systems are very often left to their own devices and the army only intervenes when the Core is threatened. The less power part is treated in negligible quantity. Likewise, the lower levels are abandoned, especially to criminals. Those who live in the lower areas are no longer even considered citizens of the Republic. Coruscant, its luminous towers and its dark face ... 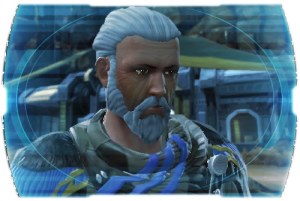 The most important building in Coruscant is the Senate Tower, seat of government of the Republic. It was originally a council of representatives of the member systems. Since then, it is much more organized, a very large number of planets has led to a transformation into a Senate to welcome everyone. But there is no oversight of the internal management of the members, and the senators are chosen according to local decisions. Yes, I did say chosen and not elected. The strongest examples are in the films: Alderand has for representatives the reigning king then his daughter, Padmé recognizes in episode II that she became a senator because her successor (the kings of Naboo are elected) has it. request. These three characters are heroes, they are on the side of the good guys. Nevertheless, they have acceded to their posts in an undemocratic manner. And the whole of the Republic, locked in its institutions more than twenty thousand years old, forgets that it lives with some inconsistencies.

The Republic was born from a commercial alliance, but its head of state has very strong power. As if at home the head of the European Parliament was ruling in the manner of the President of the United States of America. It has not always been the case. In 1347 BC, during the Hyperspace War, the hesitation of the Senate and a Chancellor unable to hold it allowed the Sith to achieve many victories without resistance. This is no longer the case in the period that interests us. The Chancellor is elected by the Senate, but is not required to be a member. Jedi have held this position before, and will do so again as the Order prides itself on not getting involved in politics.

The current Chancellor is called Janarus, a former senator from Coruscant. He was elected after the sack of Coruscant by the Imperial Army, when a plenary session was once again able to take place. His opponents accuse him of being a conciliator and of lacking firmness, of not seriously preparing for the resumption of war against the Empire. Even his own generals complain that he's too soft. Yet he has remained in this post for over ten years now. If he were to die, his most likely successor would be Twi'lek Saresh, currently governor of Taris. A political enemy. 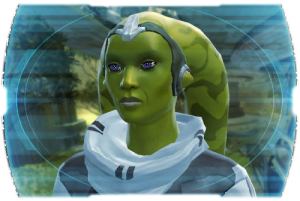 One of the pillars of the Republic is the Jedi Order. At the origin of the monks philosophers exploring the ways of a mystical energy baptized the Force. Then the first heads of the Republic asked them to be the guardians of their alliance. Although officially they have not given up on their primary objectives, they are more often recognized as advisers, ambassadors and negotiators of the Republic, or even generals. They are agents of the Chancellor. Finally they were. The Sith were originally a dissident branch of the Jedi, and after the Treaty of Coruscant many criticized them for starting a war that cost so much. The Order then fell back on its fortress of Tython, seeking without brilliance to rebuild a reputation. There are always those who act as advisers or bodyguards to political or military allies who have remained. But the brilliant actions necessary for their rehabilitation will only be performed by players.

The Jedi Order is led by the Jedi Council, the twelve wisest and most worthy members of the Order. Finally, unless a candidate has too often opposed the senior members (Qui-Gon Jin in episode I). The debates are arbitrated by a Grand Master. The Yoda of that time is called Satele Shan. Descendant of Bastila Shan and Revan, she survived the attack on Korriban by the Sith, distinguished herself in many battles during the war, was present during the signing of the Treaty of Coruscant and was part of the group that found Tython's contact details. Around her sit in particular Syo Bakarn, Yuon Parr, Jaric Kaedan, Orgus Din, Bela Kiwiiks, Tol Braga and Oteg. 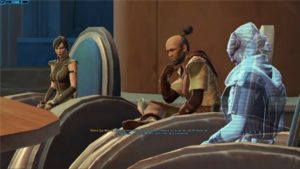 In this time of war, you have to know who is in charge of operations. The official army chief, directly under Chancellor Janarus is Supreme Commander Stantorrs (absent from the game, only present in the novel Fatal Alliance). As much political as military, it leaves a great latitude to its direct subordinates, but in return cannot protect them if ever the Senate wants to launch an investigation.

Of the senior officers who make up the staff, only two concern us directly. With very different opinions. The first is General Mon Calamari Var Suthra, in charge of developing new technologies for military purposes. This is also called the production of new weapons. He is a pro-Jedi, to the point that he allows them to interfere in what he would be entitled to keep secret. At times, the destruction that can cause the products of his service comes to weigh on him. On the other hand, General Garza is ready to do anything for victory, even to sink to the Dark Side and lie to the Senate. She leads the Special Forces, the elite army troops and is regularly on the verge of ordering to cross boundaries. 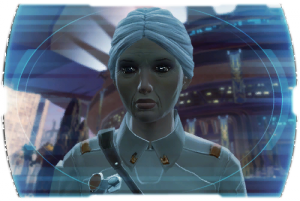 While in the Empire the hierarchical line is clear, that of the Republic is encumbered by a multiplicity of policies and commissions with sometimes not very clear limits. Those who live in the large apartments of Coruscant can perhaps brag about knowing all of these people. But the citizen of the Outer Rim will be satisfied with the Chancellor and his representative. Jedi and soldiers are forced to make cuts and focus on those who directly concern them. As for the smugglers? They live most of the time in the Hut territories. The only officials they are interested in are those with whom they are in contact or who are trying to cut down on their business.

add a comment of SWTOR - The Republic: a galactic democracy