SWTOR - The sniper in detail

Following our introductory article on the Imperial sniper agent, we will discuss in more detail a specialization focused on ranged shooting statistics: techniques, cycles and other technical details that you will appreciate knowing before you tackle the pvehl of Star Wars. 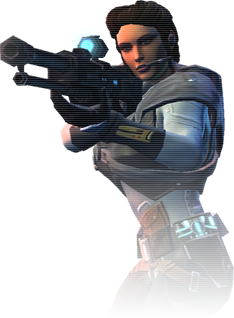 Regarding the statistics required, here is the importance of the different characteristics.

Achieve 100% precision absolutely quickly then, mount your influx and criticism in parallel as well as your tip (which will be present on all the parts anyway).

Power comes after Crit / Rush and Alacrity is the least useful stat. Indeed alacrity reduces your casting and channeling times which will increase your damage to the detriment of your energy, interesting in burst but useless in a fight over time.

This gives in detail and in figures:

As I was able to talk about in the previous article, our gameplay will improve a lot over the levels, especially when the knockdown will be added (instant fire when the target drops below 30% of life) , continuity (instantaneous fire following an ambush or two sniping shots), series of shots (channeling causing damage distributed over its entire duration).

The specialization will also give us tools to overcome the entry and exit of cover via dedicated talents and a technique making the cover unbreakable for 20 seconds and insensitive to control (Entrenchment at level 20).

In single target, Series of shots and Snapshot snapshot after laying cover allows you to do damage as soon as the fight enters to fight against the syndrome "the fight ends before the end of my first cast".

In multi-target, the combination of Orbital Strike (48), Fragment Grenade (3) and Suppressive Fire (22) allows effective area damage and quick to set up without laying cover.

Energy management level one of the talents will make it quite minimal, you can always grant yourself a burst by draining your energy and using behind the adrenaline probe which restores it in 3 seconds but the rest of the time, you will have to avoid to go under 60% energy (40% minimum) by inserting blaster shots, weak but free (energy regeneration can very well be combined with movement phases which are the best times for this).

Cycle by Priority based on damage / energy / time ratio

We can add to this the interrogation probe in the hybrid remote shooting / engineering templates but we will come back to this in a separate article.


Orbital strike becomes priority as soon as there are at least two targets and fragment grenade before sniping from 3 targets.

Do not forget to use in the event of an acquired target burst which increases alacrity by 20% (reduces channeling time) preferably then using a series of shots via "rapid fire".

Laze Target which automatically criticizes your sniping can be activated during a cast and combines well with snapshot snapshot while laying cover.

Of course, the use of spells depends on circumstances, movement, need for a consequent burst, etc.

Buff for the group

Do not forget all these techniques of reduction, as important in your gameplay as those of damage. Your raid leaders and healers will thank you and that's what will make the difference between a good and a bad player.

I don't really like the notion of an ideal template. However, one now seems to stand out in the context of a full range shooting template (with series of shots). 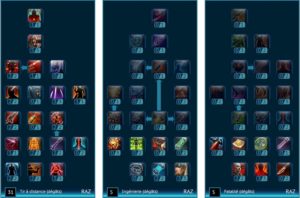 Template 30/11/0 remote shooting / engineering with interrogation probe (For info, but it is no longer relevant) 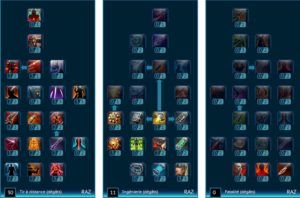 Do not hesitate to make your own mixes, lots of choices are possible and viable. A 30/7/3 without alacrity but with explosive engineering for a gain aoe or premeditated pursuit for a gain of mobility for example, the reduction of the orbital strike cd to maximize the aoe .... There is no limit that your imagination and the main trends are still to imagine although the two templates above are often cited.

I advise you to place during your leveling all your points in the remote shooting talent tree in order to reach these templates:

Your cycle will consist of sniping and ambush, also think about the explosive probe. Aoe fragmentation grenade.

Gain grounding, to be integrated into your cycle as a priority from the target at 30% of life

You will be able to place an instant sniper fire when laying the cover, also effective with an explosive probe.

Gain of continuity to be placed as soon as available (following sniping and ambush) and suppressive fire for the multi-target.

Gain of series of shots to place in your cycle, two 'lost' points to reach the penultimate level and according to your choice (here cover screen and sniper volley). Cycle close to the final cycle.

You will recover at level 48 the orbital strike, phenomenal in aoe and profitable in single target and target acquired at level 49 (+ 20% alacrity, reduction of pipes and very synergy with rapid fire).

add a comment of SWTOR - The sniper in detail