SWTOR - The swamp is a gem 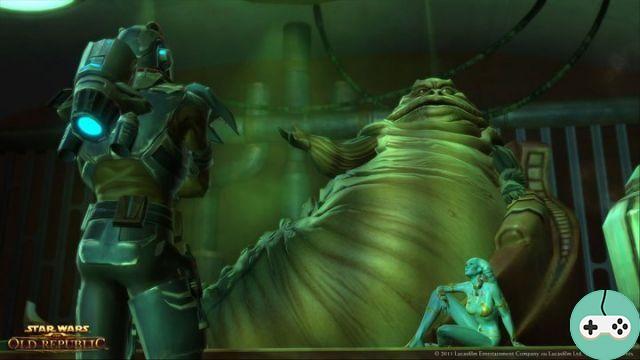 Of the different factions of The Old Republic, the Hutts stand apart. The Mandalorians and the underworld are linked to the Empire and the Republic by various contracts that are explored in class quests. Not the Hutts. No quest for class puts us in the shoes of one of them or their subordinates. But they are very present on several planets. They are the neutral faction, courted by the other two. Several of the planets we visit are on their territory. And up-level… No, I won't spoil operations or rumors of additional content. 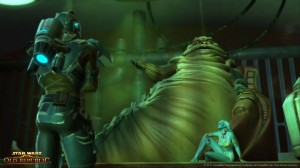 Hutts are a species with a lifespan of around 1000 years. Their giant slug appearance comes from many generations of evolution. They form a political entity which is probably the oldest still in operation. The planet they come from, Varl, has been ravaged by a cataclysm. (Very little is known about this world and its condition, it was considered destroyed until January 2012. TOR developers have been confirmed to be working on it for its first appearance. New World or Flashpoint / Operation? ... ) When they speak of this event, the Hutts evoke the death of their gods. Their gods died and they survived. What pride they have drawn from it! Largely enough to consider itself the chosen race, superior to all the others. When you seek to curry favor with a Hutt, always remember that in his eyes he is the pinnacle of evolution and you are simply inferior. They say we only deal with equals. So how far can he see himself as being kept by his promises to non-Hutts?

Despite their reputation as criminals, the Hutts do not see themselves as such. They are businessmen. Moreover, their biggest deal is the purchase of their capital planet, Evocar. That they renamed Nal Hutta. After visiting the home planet of the Imperial Agents and Bounty Hunters, some must think they've been fooled. But Nal Hutta means in Huttese "glorious jewel". The Hut palaces are not sordid dumps to adapt to the shady population. It's just the owners who have awful bad taste. 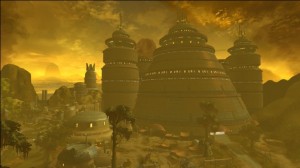 The political structure of the Hutts consist of three levels. Basically, each Hutt is considered individually as a lord. Logic for a member of the chosen race. But they belong to a family, headed by a council of important members. This family also belongs to a clan and chooses a representative who will sit on the council leading this clan. And above there is a council of clan chiefs, headed by the Supreme Mogul. This leader is entrusted with the power to decide the general political direction that all Hutts should follow. But its position is precarious. He can be dismissed at any Clan Council meeting, and his rivals regularly plot to overthrow him. (For information, during the period of the films, at least four Moguls followed one another, including Jabba.)

The laws of the Hutts are not numerous. Why would the chosen race be subject to the same restrictions as the inferiors? There are only two that are really important. The first concerns murder, like many cultures and civilizations. Finally, that of an equal and not that of an employee. The other big charge is to act against the interests of the Hutts. And there it is the supreme crime! So beware if you see one doing two things. He at least has the implied permission to play this game. Or he has seriously prepared his move so as not to be caught.

The Hutts are hermaphrodites. A single individual is sufficient to reproduce. And Hutts in general are too pragmatic to believe in love. To speak of a marriage or even of a Hutt couple corresponds to a political and commercial alliance. The one presented as the male is usually the one who conducts the business for both.

In the heart of Nar Shaddaa, it's easy to find the giant all-gold statue of the current Supreme Mogul: Karraga. A story element at its base will unlock its codex entry and its story. But no explanation on the why of the pretty hat he wears ... 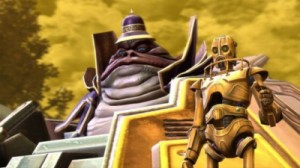 If Nal Hutta is the capital of the Hutts territories, treading its surface is a privilege and the Hutts jealously control the number of people who show up there. Most of the business is handled on the neighboring moon, Nar Shadda. She has seen so many "independent adventurers" pass that she has earned the nickname of Smugglers' Moon. Buildings were raised, until we find a globe-city with its different levels. Except that here, unlike Coruscant for example, the population of the base and that of the summit are more homogeneous. The Hutts have no qualms about dealing with anyone, resulting in the presence of many more or less recognized criminals at all levels.

What are the relations of the Hutts with the underworld? Well, they're businessmen, so they go where the business is best. Even though it's considered illegal. After all, they are the chosen race, regardless of the rules that limit the inferiors. And if the independents offer better prices, so much the better! The Hutt clans therefore work on bases evoked by those of the cartels. They are ready for anything. And better to be when working with them. 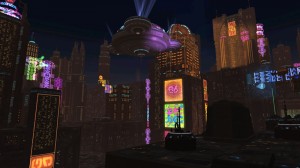 If you ever have to face a Hutt, aim well. They are not very fast, but they are heavy and will crush you easily. All the grease covering them works like armor: it's thick enough to stop a blaster shot. So don't forget to stay very mobile and to push yourself several times to make sure you get the hang of it.

Finally, do not forget that all this is only a set of generalities on a race and a culture. Not all Hutts are looking for wealth and power. Only these are too few and too isolated to succeed in changing things. Most Hutts are therefore raised according to the principles that I have presented to you.

Add a comment from SWTOR - The swamp is a gem